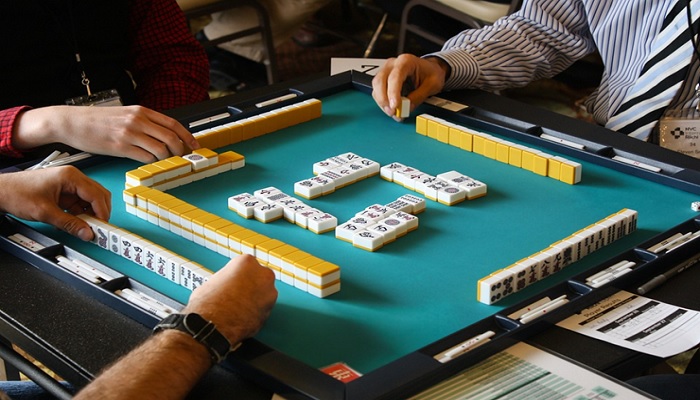 Since the dawn of civilization, human beings have loved playing games. Some historians believe the oldest game in the world is mancala, with evidence found in Jordan thought to date from around 6000 BC. While the following traditional Asian games cannot claim to be as old as that, they can claim to be just as popular today as they always have been.

If you are looking for a solitary game to play, Tchuka Ruma, a traditional Indonesian game, is the one to play. It is part of the family of mancala games, which are still popularly played on several continents but especially in Africa and Asia. After setting up the board and the counters, which are traditionally stones, you need to try to move all of the counters into the Ruma section. That is easier said than done, but you are sure to have fun trying.

Most everyone has heard of mahjong, which originated in China. The traditional game is still popular all over the world, including Japan, the United States, and Ireland, although most people now play online mahjong or games based on mahjong like the fun slot game Mahjong Ways 2. The tile game’s origins are rather mysterious, but we know the modern form of mahjong did not originate until the nineteenth century. However, according to legend, the first predecessor of the game was invented by none other than Confucius around 500 BC, but that is probably just a myth. Mahjong, which translates as “sparrow,” has complex rules, but it is great fun to play once you learn them. As for the game’s distinctive Chinese tile designs, which feature things like dragons, flowers, and wind, they come from a game called Ya Pei, which was played in China around 1000 AD.

Played on a triangular game board, the traditional abstract strategy game Len Choa involves pitting a hunter’s tiger against the hunted’s six leopards. But you will have to use your imagination to picture the big cats. The objective of this Thai game is to surround the tiger and block him so that he can no longer move. Len Choa has been around since at least the nineteenth century. The first record of it dates from Captain James Low’s periodical Asiatic Researches in 1839.

While Five Field Kono is not widely known in the western world, the Korean game is very popular in many Asian countries. Furthermore, in the west, you will have heard of the game that Five Field Kono was based on: Chinese checkers. Five Field Kono, which is called o-pat-ko-no in Korean, is a strategic battle game. You can even make the game yourself. Simply draw a 4 x 4 grid with a 5-point by 5-point array and use 7 counters per player, with different colors for each group. Counters are permitted to move one point at a time. They can travel diagonally and forwards or backward. The object of the game is to traverse the board and place all of your counters on the board’s points.

Many traditional Indian games are still played in India and other countries today. One of the most popular is Lau Kata Kati, which originated from India’s Lower Bengal region. The game is part of the Alquerque family of traditional board games and is somewhat similar to checkers. Two opponents play against each other on a butterfly-shaped board. The aim is to capture your opponent’s tokens or to block him or her from being able to make any more moves. Lau Kata Kati is a fun game that, even in this digital day and age, is still a lot of fun to play, so its popularity does not look like diminishing any time soon.