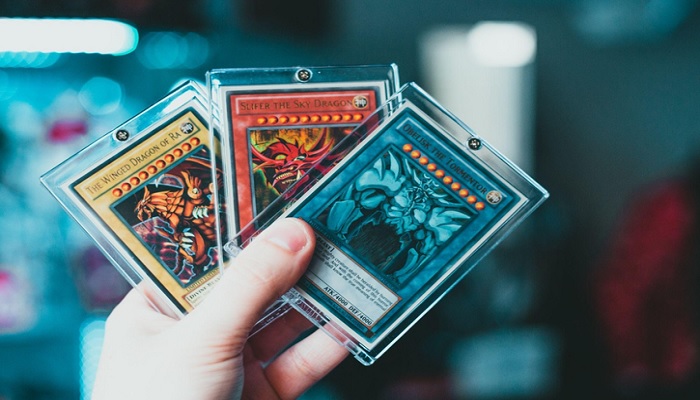 Card games are some of the most social and dynamic games you can play. Scholars believe that cards were first played in 9th century China, while this custom reached Europe in the 13th century. Because of their universal charm, in modern times, every family owns a deck, and you could see people of all ages entertaining themselves with cards.

Today, however, you do not have to gather the family at the table or friends at the local pub in order to play. All favorite games can now be found online, and you can challenge players from the other side of the world at any time. From classic ones to play by ourselves to elaborated fantasy and trading card games, the Internet offers a huge variety of cards. Let’s take a look at some of the best ones.

This classic family game is so easy to learn, and the rounds are played swiftly, which makes it perfect to play with small children or at parties. UNO had various digital versions, from the one on Game Boy Color to today’s PC adaptations.

Unlike in many other card games, in which you win by collecting more cards, the goal in UNO is to be the first one to get rid of all of your cards. Your misjudgments or the moves of other players will be preventing you from reaching this simple goal.

Solitaire is a one-player game that originates from the 18th century, and it was one of the first PC games to become a classic for relaxing and wasting time in homes and offices. Even though Solitaire can still be played on Windows, you will find a vast variety of Solitaire games to play free online.

In this game, the cards are arranged in seven rows, face-down. While some cards are uncovered, there is also a pile of remaining cards. The goal is to move the cards around to create a descending order from King to 2 without using too many cards from the extra pile.

While Scholars are disputed whether baccarat originates from the Franco-Italian War at the end of the 15th century or the 19th-century French courts, today it is a card game mostly played in casinos and famous for being James Bond’s favorite game.

Baccarat is played between the “player” and the “banker” and the winner is the one who has the highest score at the end of the round. Each card has a point value, and the maximum score is 9 points. There are several variants of the game, such as Chemin de fer or Baccarat Banque, but the most common is Punto Banco. The objective of the last version is to reach nine or as close to nine as possible before the other side, or before exceeding nine or going bust. For each round, two cards are dealt face up to each of the players.

Like Baccarat, Poker is also a game that is played for gambling. However, this 19th-century American game was from the beginning invented for betting, and it has a unique structure of betting sets.

You win the game by having the best five cards, or by bluffing to make other players lay down their cards. Poker is easy to learn, but can be very dramatic – no wonder there are so many options to play it online.

‘And now, (it’s time) for something completely different!’ A game with a totally different origin – Gwent does not originate from real-life medieval or 19th century Europe, but from a contemporary video game – The Witcher 3. The side game became so popular that the creators of The Witcher decided to launch Gwent as a stand-alone game.

It is a strategy and bluff-based game, and this version has generally the same gameplay as the one in Witcher 3. However, players might be surprised by some mildly transformed mechanics.

Hearthstone is another fantasy card game that only exists digitally, with no real-life predecessor. It is a digital collectible card game in which matches are played between two opponents with a pre-given deck. You start playing with a modest collection of cards, but acquire new decks or especially rare and powerful cards by completing quests and winning games.

Players cannot trade cards, but they can disenchant unwanted ones and use those to craft new cards. During the match, opponents take turns in playing their cards. The cards can equip weapons, cast spells, summon soldiers for a battle, or replace another player’s hero with a Death Knight hero.

From simple counting or collecting to memorizing, building a strategy, and bluffing, cards offer hundreds of possibilities for exciting games to play alone or with your family and friends. No wonder there are online versions of so many traditional games, plus many new ones only available on PC and browser. You will not go wrong if you try some of the games we have selected for you in this list.