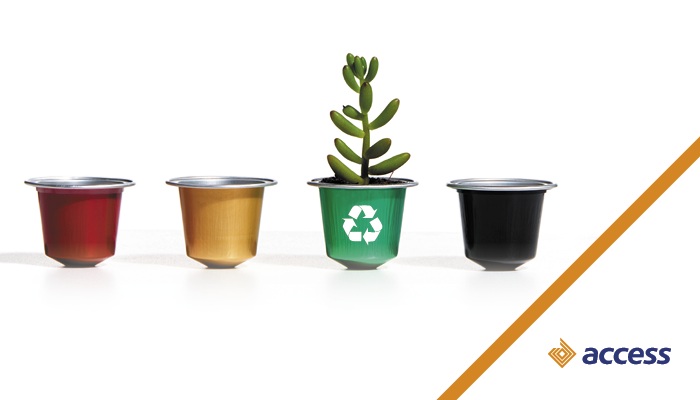 Driven by values based on an environmentally responsible posture, Access Bank Mozambique is committed to preserving the future of the communities where it operates, reinforcing its compromise with the environment.

Due to its geographical location, Mozambique is a country vulnerable to the effects of climate change, being regularly hit by floods and cyclones that leave a trail of destruction, affecting the lives of thousands of people. This is a reality that the Bank is not indifferent to, investing, for this reason, in strong environmental policies.

Access Bank’s commitment to the environment starts from the inside and extends to the outside. The Bank has internally implemented several measures related to recycling and sustainability, involving employees in the workplace. It has opted for the use of low energy consumption computers, offered metallic water bottles to employees and implemented water purification systems, reducing the use of plastic by 90%.

Another measure is the reuse of coffee capsules after use, in a campaign called “Coffee Capsules – give you much more”. The campaign, which also involves the customers themselves and is a partnership with a local handicraft organization, consists in using the coffee capsules to make jewelry and decorative items, and the used coffee is used as fertilizer.

As an environmentally responsible institution, Access Bank has been carrying out an action plan for the protection of nature, which includes not only an awareness component, but also an educational component.

Already this year, the Bank has partnered with an Environmental Education Cooperative to promote several ecological initiatives that included the cleaning of beaches and streets in several provinces where it operates. These actions, which also involved the Bank’s employees, also involved the planting of mangroves, natural ecosystems of extreme importance for the preservation of species and the protection of coastal areas.

Guided by the premise of the 3 “R “s – Rethink, Reduce and Recycle, Access Bank Mozambique implements, in all its activity, sustainable actions that reaffirm its environmental responsibility and its commitment to the preservation of the planet.

The Second Round Of “Go For Dream” Will Begin. Big Prizes Are Being Bestowed!

People Want to Talk About Money