Access Bank Mozambique Distinguishes Itself By The Quality Of Its Services 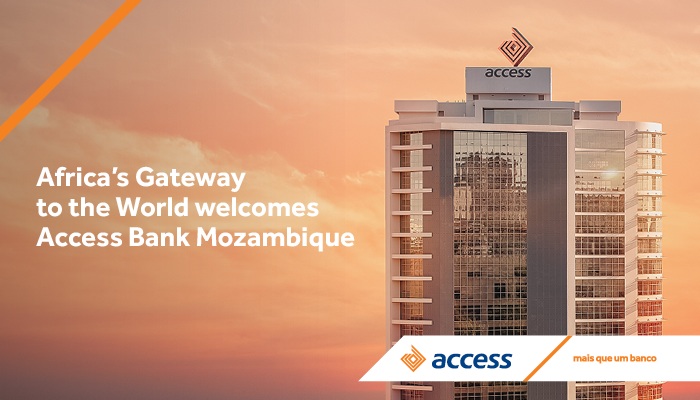 With a vision, ‘To be the world’s most respected Bank’, and to assert itself as Africa’s payment gateway to the world, Access Bank managed to conquer the Mozambican market within a year, currently holding the position as the 7th largest bank in the country.

A performance that did not go unnoticed, leading the Bank to international acclaim, with several international awards. Among the various distinctions, the ‘Best Banking Brand in Mozambique’ award. An award given by Global Brands Magazine, which took into account the quality, innovation and authenticity of services provided to customers of the Bank throughout 2021.

Operating in a robust financial market and facing fierce competition, Access Bank Mozambique maintained its excellence, evidenced by its steadfast commitment to innovation, quality, branding activities and exceptional customer service. These awards contributed to a stronger and unexcelled banking system in the country, according to Global Brands.

The commitment and professionalism of the Bank’s employees, who have highly qualified teams that provide services and add value to customers from all social segments, contributed to these distinctions. Teamwork, an organizational culture of excellence, resilience and commitment are factors that contribute decisively to the growth and notoriety of the Access brand.

In just one year operating in Mozambique, it became the 7th largest bank in the country, with a simultaneous presence in several provinces. A position greatly boosted by the acquisition of BancABC, which has further strengthened the brand’s position in the Mozambican market.

Socially responsible, the Bank reinforces its relevance by promoting initiatives with a national impact and from a pan-African perspective, aimed at training and building the capacity of youth in current issues. The most recent example is the 2021 ‘Advance Africa’ program, which made available, 5,000 scholarships for young Africans, including Mozambicans.

Initiatives of this kind reinforce the visibility of the bank, which is also positioned as environmentally sustainable, promoting responsible business practices in its operations.

With these distinctions, Access Bank reaffirms its commitment to Mozambique and Mozambicans, continuously supporting the economic growth of its customers and the national economy.

Access Bank Mozambique started operations in late 2020. It is a universal Bank, serving all business segments aspart of a Group that covers 3 continents, 17 countries and over 49 million customers. With its inception in the market, Access Bank brought with them their brand promise of ‘More than Banking’; going above and beyond the ordinary to actualise the dreams of all Mozambicans.