You Don't Have To Be Athletic To Play These Sports

The Best Brands of Eyeshadow Palette

The Best Brands of Hair Dryers in India

The Best Washer and Dryer Brands 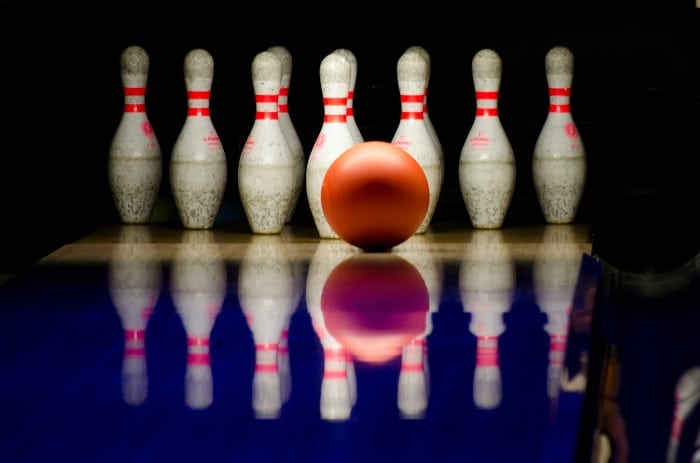 Traditionally, we think of sportspersons as being at the very peak of physical fitness. True athletes if you will. However, what it is important to remember is that sport is a term that covers a myriad of activities, many of which can be enjoyed without having to hit the gym at 5 am every morning. To that end, even if you aren’t in the best physical condition of your life, but love the thrill of competition and the challenge of strategy, you will find some sporting endeavours bound to please in the post below.

Let’s begin with probably the least athletic sport ever devised. Yes, that’s right competitive eating! Of course, many places in the world have well-established traditions relating to eating competitively. Although, perhaps the country with the most impressive provenance in this area is the USA, with regular pie and hotdog eating contests being commonplace.

You’ll find that one hot dog eating competition in particular, on Coney Island, hosted on 4th July is even televised. Something that allows the folks at home to feel all the excitement and anticipation of how many wieners (with buns) can be consumed in only 10 minutes. It’s 75, in case you were wondering with the 2020 title being held by the world-famous competitive eater Joey Chestnut!

Imagine getting to be the manager of your very own football team, even though you have never played a day in your life. Well, that is precisely the opportunity that taking part in a fantasy football league provides, something that makes it one of the most popular non- athletic sports there is.

Many participants are incredibly serious about their fantasy team choices indeed, with some placing bets on who they predict to win. Something that means any tips on how to create and manage the best fantasy football team are precious resources indeed. On the other hand, you will find that many people take up this sport purely for the glory of being recognized as the most knowledgeable and skilled fantasy manager.

You may not have always thought of bowling as a sport. However, it becomes clear just how much strength and skill are involved when you step up and have a go yourself. One of the best things about bowling is that anyone can have a go and build up their skill to a high level. Of course, to achieve this, you must put in the time and the work at the alley.

Many people also choose to join a league or a team where they can show off their skills and be exposed to competition and further challenge in their bowling. Not to mention it is a social mainstay for many people across the US, especially those that may not be thought of as traditionally athletic.

There is some physical aspect to bellowing, however, including being able to lift the ball. Although, all but those at the very highest level can refrain from stringent physical training programmes to enjoy this sport.

Another excellent choice for the less athletic sportsperson is the game of pool—a game which never progresses beyond a light jog around the table to take your next shot. Of course, you need decent mobility to lean across the table and line up your shots if they are going to be accurate. Some knowledge and understanding of physics don’t go amiss either!

Traditionally, one issue that has been a barrier to more people taking up pools is that you need to both have access to a pool table and the space in which to play. However, now with video games and even virtual reality versions, players can keep honing their skills at home even in the smallest space. Something that comes in pretty handy when it’s time to pit their wits against a single opponent at the bar or in high-level competition.

Esports is an option for those who want to stay as far away from physical activity as possible. That is not to say that this type of activity lacks the excitement and challenge of traditional sport because it abruptly doesn’t.

Competitive Esports (video games) is both high stakes and fascinating. The reason is that it combines the immersive nature and stunning graphics of many popular video games with huge cash prizes.

Those looking to take up esports will also find that the structure of the field works in a very similar way to traditional sports. That is there are leagues and teams, with spots on the most successful ones being reserved for the very best players. Top players can also expect a fair amount of sponsorship money from brands just as a basketball or football player would.

There is some debate as to whether race car drivers can be counted as athletes or not. After all, they are exposed to extreme speeds and pressures, with many needing to train physically to perform at the highest level. However, this is not something that is uniform throughout auto racing, and as many people argue, drivers do all their work while sitting in a static position.

Of course, just because the drivers are sitting down, doesn’t mean that those watching aren’t on the edge of their seats. The truth is that auto racing competition of all forms is a hugely popular sport to watch. Even if getting involved as a racer yourself can be an expensive and time-consuming experience.

The great thing about practising angling or fishing as a sport is that not only do you not have to be in tip-top condition, but apart from the occasional bite you can spend your time relaxing while you do it as well.

A word to the wise, however, just because there are lots of opportunities for stillness and to practice patience during fishing, does not mean it is not a sport. After all, a considerable amount of skill, experience, and sound judgement goes into a successful fishing session. It’s also vital that you have the right and best performing gear for the type of fishing you wish to excel at, such as flys, hooks, lines, and reals.

Just like all the other sports mentioned here, you will find plenty of fishing competitions in which to test your metal as well. In fact, for many people, fishing is such an all-consuming passion; they spend a great deal of money and time, travelling all over the world to indulge in this sporting pastime and track down their next catch.