What Are The Advantages Of A Hybrid Car? 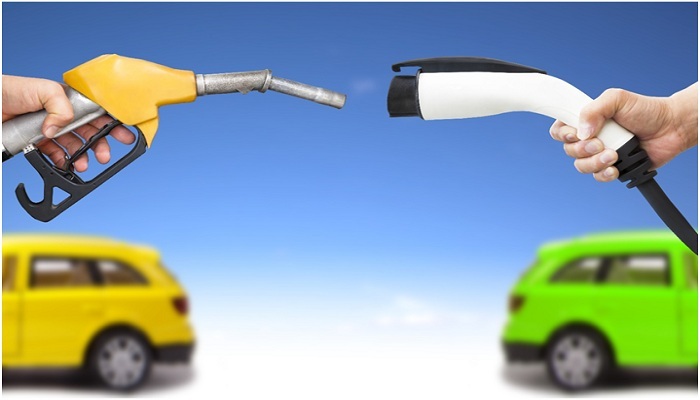 There is a lot of talk about hybrid cars right now, not least in the discussion about climate change and clean energy. If you are not sure whether a hybrid is right for you, and whether there’s any advantage over conventional petrol- or diesel-powered car, it’s worth knowing a little bit about how they work and most importantly what the pros and cons are. Read on to find out more.

How do hybrid cars work?

Firstly, it’s useful to know what a hybrid car is and how they work.

In a nutshell, a hybrid combines a petrol or diesel engine with a large battery pack and electric motor to allow an element of electric-only running. They aren’t entirely dependent on batteries, so you’re not restricted to driving long distances with a view to where the public chargers are located.

So, if you’re looking for the low CO2 emissions found in electric cars but don’t want to be restricted on distance, hybrid technology should offer the best of both worlds. It’s worth noting that there are different types of hybrid cars to choose from – the most conventional hybrids, such as the Prius, use the electric motor to supplement the engine for improved acceleration, while regenerative braking helps charge the batteries. Although offering lower running costs and emissions than most diesels, conventional hybrids can only be driven for a short amount of time on electric power alone.

Plug-in hybrids are a little different and are genuinely dual purpose. They have a larger battery pack that can be charged at the mains and have an indicated range where the car can be driven on electric power alone. This distance is significantly longer than the conventional hybrids, up to 40 miles or so for the best models. Examples of plug-in hybrids include the Volkswagen Golf GTE and Mercedes-Benz A-Class PHEV.

Mild hybrids use a small battery pack and motor to assist the engine to improve acceleration and fuel economy. These cars are not capable of running on electric power alone like a traditional hybrid. A mild hybrid works more like an advanced version of an engine stop/start system. The electrical assistance allows the car’s engine to switch off earlier, usually while you’re coasting to a stop instead of when you’ve come to a complete halt. They also improve the engine’s response, helping it to start up more quickly and occasionally filling in gaps in power at low revs.

How much do hybrid cars cost to buy?

A hybrid is almost always going to cost more than a comparable diesel – some as much as 20% more – so you’ll need to travel a lot of miles and run your hybrid for a number of years to recoup the extra cost. To help combat the higher purchase price the government is currently offering up to 35 percent or a maximum of £3,000 off certain hybrid cars. But if you’re in doubt, a car valuation should set you right.

So, why buy a hybrid?

They currently offer lower tax and running cost improvements. However, only cars that emit zero emissions (electric cars) are tax-free right now. If you live in London, some hybrid cars will qualify to be exempt from the congestion charge. The congestion charge currently costs £15.00 per day, and the ULEZ – Ultra Low Emission Zone – and requires drivers of cars not meeting the emissions standards to pay an additional £12.50 per day.

There’s also the fuel savings – which could cost you pennies if you only use battery power. One of the perks to driving on electric power is that there’s an instant reaction when you push the accelerator from rest. There’s also very little noise, making the experience far more refined.

But if you have one eye on the future, legislation against diesel and petrol-powered cars is only going to get tighter. The government are pledging to ban the sale of all non-electrified cars by 2030, possibly sooner.

Whether you should buy a hybrid or not is down to your lifestyle and car usage. Plug-in hybrids especially suit city life as they can be driven solely on electric power for a reasonable distance – but if you need to go on long journeys, the ability to run on petrol or diesel adds significantly to its convenience. If you buy a plug-in, remember that you’ll need to allow a fair few hours for charging each day if you’re planning on making the most of the battery power.

Conventional hybrids as a straight swap for your petrol or diesel is making an increasing amount of sense. If most of your journeys are on the motorway, it’s unlikely you’ll see the cost advantages mentioned above, and they’ll perform similarly to standard petrol or diesel car. But in town, they have advantages, especially in heavy stop/start traffic as the battery and motor take the strain away from the fossil fuel-burning engine. Finally, hybrids are quieter and more refined most of the time and make for a calmer driving experience.

Should I Buy a New or Used Car?

What Car? Car of the Year Going Ahead in a New Digital Format