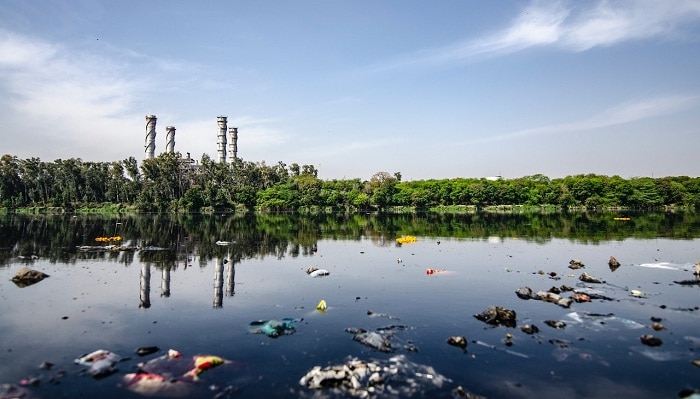 Water Pollution is a real problem. While the world anticipates the release of a new vaccine to combat the possibilities of another pandemic, water bodies globally are dying out at an alarming rate.

This is a clear example of how a superior species like ours will take a seemingly abundant resource for granted. Though we are aware of the magnificent qualities and significance of water, we still treat it as though there’s an unlimited supply of it. Without water, life as we know it would not be possible, yet we continue to give the cold shoulder when matters such as this arise in our everyday conversations.

What Are the Causes of Water Pollution?

Water is known as a “universal solvent”.  This makes it uniquely vulnerable to water pollution since it’s properties allow it to dissolve more substances (solvents) than any other liquid on earth. It’s also why water is so easily polluted. Toxic substances from towns, farms, and factories readily mix and dissolve into it, thus causing water pollution.

Eutrophication, a result of high-nutrient loads (mainly fertilizers) is one of the biggest contributors to global water pollution. Sources include agricultural runoff, domestic sewage, wastes released by large scale industries, and pollutants present in the atmosphere from fuel-burning (fossil and otherwise)and bush fires. Reservoirs and lakes are more prone to the impacts of eutrophication because of their long water residence times and their role as an unfortunate sink for pollutants. Nitrogen concentrations more than 5 milligrams per litre of water clearly point to pollution from animal and human waste or fertilizer runoff from agriculture-focused regions.

The two main sources of water pollution can be categorized into point sources and non-point sources from which pollutants enter the environment (lakes, rivers, etc ). Point sources are those that are from specific locations e.g. sewage drains. And because it’s easy to determine the nature of the pollutant and quantity, they are more easily controlled. Non-point sources, however, are much harder to locate and control. It’s because they are associated with run-off from land, and has no specific location or discharge point.

Most of our rivers, streams and lakes are being polluted and made unfit for swimming, fishing, and drinking at an alarming rate. Nitrates and phosphates from agricultural runoff are causing “Nutrient Pollution” in these freshwater sources. While animals and plants need these nutrients to grow and flourish, they have become a part of a group of major pollutants due to fertilizer and farm waste runoff. Industrial and Municipal waste discharges continue to pump out their fair share of toxins as well.

Rain falls and seeps into the earth, filling the cracks, porous spaces and crevices of underground storehouses of water called aquifers. Groundwater is one of the least visible but most important natural resources. Nearly 33 of the world’s population (especially rely solely on groundwater for agricultural purposes and everyday consumption. Contaminants ranging from fertilizers and pesticides to waste leached from septic systems and landfills make their way into an aquifer, thus polluting it and rendering it unfit for human consumption. Getting rid of such contaminants from groundwater is not only difficult but also expensive. Polluted aquifers have been known to remain unusable for not just decades, but even hundreds of years. As Groundwater seeps into streams, lakes, and oceans, it has been observed to spread contamination further from the original polluting source.

The effect of medicines, drugs, and self-care products on our ecosystem is another major water quality concern. This involves poor management and disposal of painkillers, birth control pills, and antibiotics. The scary thing is that we don’t know a lot about their long-term ecosystem or human impacts even though some are similar to natural hormones found in nature.

What Can We Do to Prevent Water Pollution?

We are all equally accountable for today’s water pollution problem. Fortunately, there are easy ways you and I can prevent water contamination or at least limit our contribution to it: