Tips to Improve the Course Completion Rates of Your Employee Training 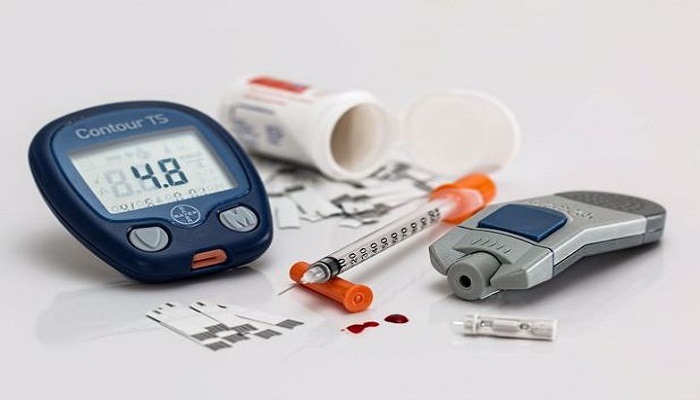 The University of Birmingham announces the launch of five new major studies aimed at improving the prevention, treatment, and management of type 1 diabetes – with a particular focus on children and young adults.

The new studies include:

Parth Narendran, Professor of Diabetes Medicine at the University of Birmingham’s Institute of Immunology and Immunotherapy, said: “The UK has one of the highest incidences of type 1 diabetes in the developed world, at 25 per 100,000 per year, and type 1 diabetes is the most common form of diabetes in children. It occurs when cells that make insulin don’t work as they should, and people with the condition have to self-inject insulin for their entire lives. Studies have recently shown that some medicines can safely delay people getting type 1 diabetes. Some countries, such as the US and Australia, already have surveillance systems to identify people at risk of developing type 1 diabetes and to offer them participation in prevention trials, and also to reduce their chances of developing type 1 diabetes as an unexpected emergency. The UK does not have such a system in place. Until now, nobody in the UK has explored whether parents and children would welcome such a system, and how it would work. Through ELSA we will potentially be able to change NHS healthcare policy which would result in the early detection and prevention of this condition and its associated long-term complications.”

Timothy Barrett, Professor of Paediatrics and Child Health at the University of Birmingham’s Institute of Cancer and Genomic Sciences, said: “Diabetes causes high blood sugar levels, which can lead to eye and kidney damage if the condition is not well managed. We know that better sugar control reduces this risk, however, children with diabetes from poorer and/ or ethnic minority groups, often have worse sugar control, while these complications often develop when they are young adults who are working and starting families. There is little evidence to show any previous interventions have helped in reducing health inequalities for children with diabetes in different groups. We will work with young people, their families, and diabetes clinicians to develop an action plan that families feel comfortable with and that will support them to improve their self-management.”

Professor David Wraith, Director of the University of Birmingham’s Institute of Immunology and Immunotherapy, said: “Studies have shown that immunotherapies could play a vital role in treating type 1 diabetes, and it’s essential that we can develop new drugs that could specifically target cells that cause the body’s immune response to behave the wrong way in a person with type 1 diabetes. Our project will help improve our understanding of how the human body’s immune system responds to therapies, which in turn will help the development of new treatments.”

Dr. Jose Romero Hombrebueno, Hale-Rudd Lecturer in Experimental Ophthalmology at the University of Birmingham’s Institute of Inflammation and Ageing, said: “It is estimated that 224 million people will have diabetic retinopathy and 70 million will have sight-threatening diabetic retinopathy by 2040. Nearly 90-95% of patients with type 1 diabetes and 78% with type 2 diabetes are expected to develop minimal retinal damage after having diabetes for more than 15 years. Therefore it’s essential that we carry our research that will help advance our knowledge of the underlying causes and potential ways to treat or prevent vision loss in those with diabetes.”

Dr. Alex Wadley, of the University of Birmingham’s School of Sport, Exercise and Rehabilitation Sciences, said: “It’s estimated that around 70% of patients with type 1 diabetes do not meet the current recommended exercise guidelines of 150 minutes per week. We are using a home-based exercise programme, which has proven highly popular and safe for individuals with type 1 diabetes, to evaluate how regular exercise impacts the immune system of newly diagnosed patients. Type 1 diabetes is a disease where the body’s own white blood cells attack the pancreas and stop insulin production, resulting in high blood sugar. Regular participation in exercise is key to supporting health and wellbeing in people with type 1 diabetes, but we don’t know how exercise directly impacts these white blood cells that do the damage. With limited therapies available for patients currently, we hope that our findings can promote the use of exercise as an important lifestyle choice for patients and impact standard treatment approaches for type 1 diabetes nationally.’’

Tips to Improve the Course Completion Rates of Your Employee Training