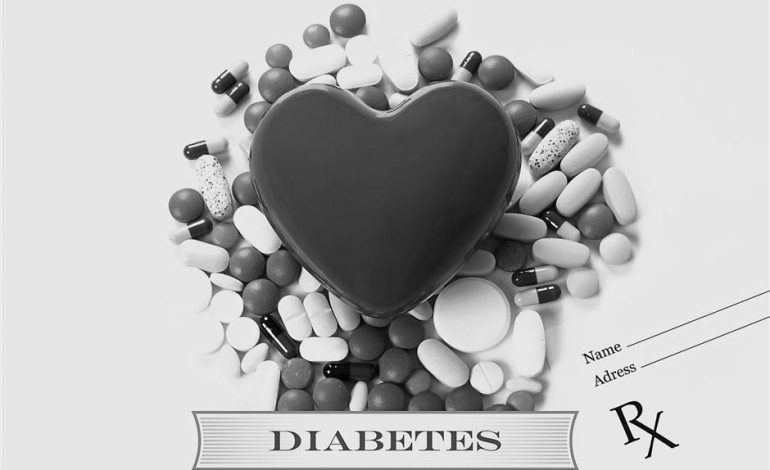 Adults with diabetes are two to four times more likely to die from heart disease than adults without diabetes.

THE statistics have been repeated over and again. Malaysians are not getting any healthier anytime soon, not when it comes to non-communicable diseases like diabetes, obesity and hypertension.

When it comes to diabetes, they also risk developing complications such as heart and kidney diseases.

Again, a well-known fact that has been trumpeted over and again.

But to the frustration of doctors such as National Heart Institute (IJN) chief clinical officer and senior consultant cardiologist Datuk Dr Aizai Azan Abdul Rahim, Malaysians are still slow to waking up to the ugly truth of such diseases and taking charge of their health.

Ideally, he says prevention is better than cure.

“But people still don’t care. At IJN, we see the aftermath of diabetes. About 60% of diabetics will die from cardiovascular diseases (CVDs) while about 40% die from end stage kidney disease,” he says.

He adds diabetics have a two to four times higher risk of suffering from heart diseases such as heart failure, heart attack or peripheral vascular disease, compared to a non-diabetic, while the risk of suffering a stroke is twice as much.

“If possible, we don’t want to see all of this developing,” he says.

Those with diabetes have a two to four times higher risk of suffering from heart diseases such as heart failure, heart attack or peripheral vascular disease.

The National Health and Morbidity Survey 2015 painted a bleak picture of the health of Malaysians, with 3.5 million having diabetes. Of concern is that 53% of those above the age of 18 years old with the disease did not know they had it.

It also revealed that 9.6 million people aged above 18 had high cholesterol levels, with two out of five of them not knowing of their condition.

When it came to obesity, 3.3 million Malaysians were obese and 5.6 million were overweight. It was the same when it came to children, where an estimated one million of those aged below 18 were obese.

There was a slight improvement in hypertension numbers, where 30.3% or 6.1 million people aged 18 and above had the medical condition, compared to 32.7% in 2011.

Again, 17.2% with hypertension were not aware of it.

According to Datuk Dr Aizai Azan Abdul Rahim, about 60% of diabetics will die from cardiovascular diseases (CVDs) while about 40% die from end stage kidney disease.

Dr Aizai says because of the lower HBA1c criteria, about 80% of Malaysian diabetics do not have their blood glucose levels under control.

For IJN patients who have diabetes, he says they are more compliant when it comes to taking their medication.
It is, however, a challenge to get them to comply to lifestyle changes such as regular exercise and a healthy diet.

“Less than half are fully compliant,” he says.

“They don’t want to stop smoking. They still don’t want to exercise and still want to eat at the mamak. It is difficult to achieve compliance because you have to put in your own effort.”

He adds that IJN also has visiting endocrinologists from Hospital Universiti Kebangsaan Malaysia.

Diabetic patients who do not have their own endocrinologists and have poor control over their disease can be referred to them.

Dieticians are also on hand to provide the necessary advice. Dr Aizai says what is preferred is for a patient to be given holistic treatment whereby the doctor looks at other possible side effects of diabetes including eye problems,
kidney and peripheral artery disease aside (PAD) aside from treating the heart problem.

PAD is a disease where plaque builds up in the arteries. This plaque can harden and narrow arteries over time, limiting the flow of oxygen-rich blood to your organs and other parts of your body.

PAD normally affects the arteries in the legs.

Dr Aizai adds that a test can be done to see if blood pressure is equal in one’s arms and legs. The test is called Ankle Brachial Index (ABI)

A differential in pressure indicates that there is possibility of a narrowing or a blockage. “The next step is to take an
ultrasound of the lower limbs or go for a CT angiogram to determine the location and severity of the blockage,” he says.

“If the blockage is significant, then we can do balloon angioplasty, stenting or leg bypass surgery. It is part of treatment.”

Referrals are given when it comes to kidney and eye diseases as IJN does not have specialists on hand to treat these complications.

“Diabetes is a metabolic condition. It affects multiple organs. Normally, a problem in one organ like the heart is just the tip of the iceberg,” he adds.

“It’s the terrible twins. The ones which are closely linked to diabetes are hypertension and high cholesterol.”

Dealing with complications Dr Aizai says that diabetics tend to develop coronary artery disease at a younger age.
They also tend to have diffuse narrowing or blockages in more than one artery, resulting in multiple stents having to be placed.

“Most people with diabetes who get a heart attack also don’t exhibit the normal clinical symptoms,” he says, adding that this is because diabetics have already experienced nerve damage, “numbing” them to the pain.

“They will probably say they feel extremely tired or experience shortness of breath. As a result, many present themselves late as they don’t realise they have a heart problem.

“I always tell patients to check their blood sugar because they may think feeling weak is a sign or hyper or hypoglycaemia. So, if your levels are normal, then there is another reason.”

Although treatment for diabetics with a heart condition is the same as non-diabetics, he says that diabetic patients are at risk of developing complications, leading to a longer stay at the hospital.

They are at risk of contracting infections while in hospital while additional time is taken to normalise their blood glucose levels, which spiked due to the stress of surgery.

“They are also more prone to developing a second heart attack,” he says.

Diabetes, Dr Aizai says, promotes atherosclerosis, which is the build-up of plaque in the arteries.

Other conditions that work against a diabetic include bing more prone to develop blood clots, the inability to produce enough nitric oxide to dilate and expand blood vessels for more oxygen supply, and inflammation that damages the blood vessels.

He also says the danger of diabetes is that the disease has probably manifested itself in a person for some time before a diagnosis.

“It is never a ‘fresh’ case. It is probably five to 10 years before it is clinically detectable,” he says, adding that early screening is important.

“Once you are diabetic, you are already considered to have a coronary artery disease risk. The survival curve is equivalent to someone who does not have diabetes but already has experienced a heart attack.”

Datuk Dr Aizai Abdul Rahim is IJN Chief Clinical Officer and Senior Consultant Cardiologist. This article is brought to you by IJN.

Related Topics:DiabetesInstitut Jantung Negara
Up Next

A WARDROBE OF FRAGRANCES: H&M LAUNCHES A COLLECTION OF 25 SCENTS