Top Car Brands in the UK 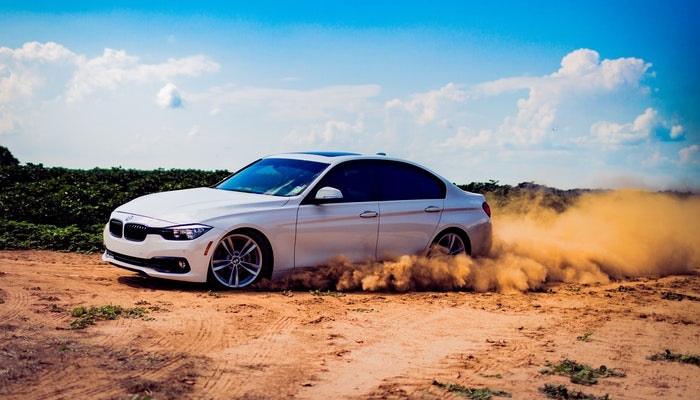 The United Kingdom consists of a society that has one, too many connoisseurs, of the hot wheels in every family. The luxury of possessing expensive cars and the sound of their revving engines is the burning desire of any man with the right taste in automobiles. The features and performance levels of the vehicle have evolved since the invention of the wheel. Only a great brand can guarantee a sense of superiority and aristocracy being behind the wheel while making sure the pragmatic approach of the common man matches the demand for their product. With the progress and development seen in the field of technology, which can be applied to create better and more efficient versions of the model on four wheels, here are the Top 10 Car Brands in the UK that have made their way into the list, through twists and turns on the road

Leading the land of a globally influential centre of finance and culture is the brand started by the visionary Henry Ford. Its “Fiesta” drives the streets of the country and the hearts of its people, who vote for it to be the most compatible and appropriate choice for the working class. While “Fiesta” is the key to Ford’s success over the decade, the SUV’s including Ecosport and The Ranger is rising in the ranks of quality cars, helping the brand to gain an upper edge in the total sales and remain the top brand in commercial as well as passenger sales.

The evergreen and iconic models of VW Beetle, VW Polo, VW Golf is the brainchild of the engineers at Volkswagen, that kept the model instantly recognizable and raised the standard of a family car with an innate design that enlightened the eyes more frequently, than in the early 1960s. The German Company had established its dominance in Britain in no time, creating more unique models, and increased its sales to more than 200,000 model cars in the last year.

The Hotshot German Automobile brand has been ever since providing the promised Performance, Luxury, and Service throughout the last few decades. The sleek touch in their exteriors defines the glare on the onlooker’s face. Each class of vehicles has its classified place in the superlative competition, with the best aerodynamic cars in the world, be it commercial, luxury, utility, or sports cars. Mercedes-Benz was named the most trusted brand in the country’s Automobile industry with their A-class being the fifth most popular car in the UK.

The BMW series of luxury cars are quite similar to Mercedes’s class’ of car models. The shadow toned competition of the two German giants in this industry has kept their brand status untethered. SUVs and luxury cars carved a long piece of sales, approximately about 169,000 in the last year. BMW has always been known for its innovative ideas since the 1990s, and very recently, it brought electric-based hybrids named i3 and i8. This brand is glorified all over the country, through celebrated professionals applauding the modernization of sophistication in every aspect of the vehicle, and the expansion of the novelty cars manufacturer’ seems consistent enough to dodge bumps in the long run, with the help of its unique frontal suspension system.

Vauxhall Astra is the orthodox ‘family-themed’ car manufacturing company that gained unusual fame and unexpected sales in the past decades. The demand for Vauxhall models rose high due to its price bracket and compatible set of desired features, in the majority of specific geographic boundaries of the country. Vauxhall Astra has also engaged in contributing to the employment structure of the country. It has proved itself more than just a fancy brand that survived in the market for a long time, earned the respect and status of being on this list in its original ways.

Audi has maintained its 6th place despite the drop in sales from last year. The popularity of the brand that designs, manufactures, and engineers the top aerodynamic, luxury models has steadily shown development in its performance, as well as marketing strategies to build the next-gen cars. The improved and enhanced use of technology on its automobiles, to endure extreme weather conditions gives it an edge over other brands and justifies the price with its efficiency on the road, in addition to the status boost in favour of the owner.

This Japanese Company made its place in the UK with the help of its traditions and cultural principles, that they put into work. Although the sales were over 100,000 in the last year, the real value of the brand cannot be measured in sales alone. It also takes into account the concept of mental revolution, ethos, and customer experiences. The success of Toyota’s automobiles comes even when the technology and small steps in creativity have been ethical, and financial discipline has been maintained towards every piece of work.

The Korean brand that unexpectedly took charge of the roads of the British, has been impressive since it caught the sight of its competing brands. Kia’s decade-long focus on craftsmanship and continuous improvement reflects in the voice of the customers, who reciprocate with ultimate affirmation towards the brands’ efforts. The infotainment improvisations have been attracting customers from all over the country. The reliability of their product has changed significantly over the years and has developed meaning that the brand has the potential to surpass its competitors and switch lanes in the long race.

The Company that once created a seismic effect in the automobile industry has seen a drop in sales, at 92,372 vehicles sold in the previous year. It resulted in the worst drop of a top-ten company, that once established its firm foot on the pedal at the 7th position. The success and worthiness of this Japanese company are solely due to the constant shattering of the production targets and showed no signs of slowing in the last 29 years of its campaign in the race. The continuous push of boundaries and the ‘can-do’ mentality, was crucial in securing this position.

The Korean company that specializes in efficient repair frequency, as well as the cost of repairs. The overall repair cost was second-lowest in the country. Hyundai was named the most reliable brand in the year 2011. The performance development, smooth designing, and customer relations were termed ideal in a workplace like that of the industry. The total sales accounted for a total of 83,284 vehicles sold in the year 2019.

These British companies have large factories and machinery with them to produce a target huge enough to satisfy the demand of its customers, at every financial level. The stiff competition works in favour of the buyer as the market is then diversified with new introductions of earlier models, or dropped prices, to sustain the highest number of sales and not lose the reputation of a privileged pit stop to its loyal customers.

Each Company made its brand name whilst knowing the chances of failing, yet succeeded in putting up their name on the board. Their respective cars winning awards for their best features throughout the years contributes to the fact that these companies are undoubtedly the best car brands in the Kingdom of the Brits.