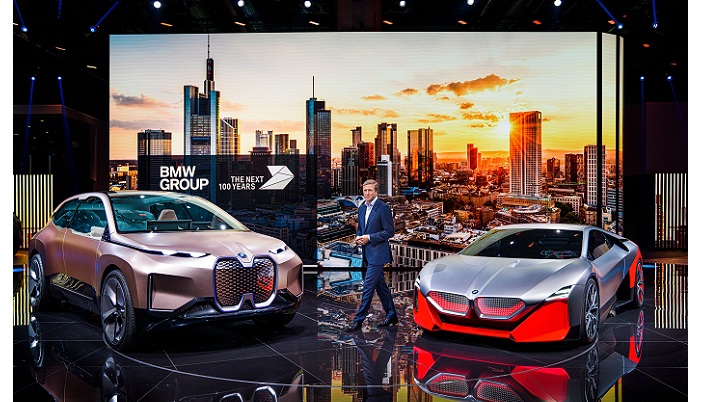 BMW’s CEO Oliver Zipse in a recent interview has stated that he’d like to continue the partnership with Toyota after 2025 as well. As you guys already know, the new BMW Z4 and the new-gen Toyota Supra share a lot of things in common including the platform on which the cars are built and the powertrain. Though at first this partnership between the top two automobile giants received a lot of backlashes, these cars became quite popular when they were introduced in the market.

It seems like the partnership will continue in the future as well. BMW’s CEO, Oliver Zipse, said that he’d like to extend the company’s relationship with Toyota. He said, “In the next decades, we would do well to strengthen bonds”. The existing partnership between BMW and Toyota was formed this decade but Zipse seems like he’s ok with this alliance getting extended all the way to the near future.

Zipse wants BMW to push the fuel cell technology in the coming years and having a strong partnership with Toyota, which already has expertise in the field, will only help immensely.

Toyota has been working on fuel cell technology from the early 1990s. The Mirai FCV (Fuel Cell Vehicle) was one of the first vehicles of it’s kind to be mass-produced and sold commercially. The car debuted at the 2014 Los Angeles Auto Show. The next generation Mirai will debut soon and will be getting a more conventional design language along with a significant boost in power. The new Mirai is touted to be a rear-wheel-drive vehicle. The car will also be a bit big this time. Mirai has a claimed range of 850 km. Also, the time required to refill the hydrogen tank takes just a few minutes unlike most of the electric vehicles which take hours together. Mirai was imported to India sometime last year by Toyota to study its feasibility in India.

BMW might be looking forward to acquiring Toyota’s strong skills to develop FCVs in the near future as demand for vehicles running on cleaner alternative fuel is on a rise.

BMW has recently unveiled it’s brand new electric SUV the “iX”. The car sports dual electric motors with all-wheel-drive capability. The BMW iX churns out an impressive 500 horsepower and can go from zero to 96 kmph in under five seconds. Using a DC fast charger the car can be topped up from 0 to 80 per cent in less than 40 minutes. The BMW iX can be driven for up to 75 miles with just ten minutes of charging at a fast-charging station. The iX SUV is as big as the BMW X5 which competes with the likes of Audi Q5 and other similarly sized SUV’s.

“The BMW iX shows how we can give new technologies a very modern and emotionally engaging design. The car is technologically highly complex, but it feels very clear and uncomplicated,” said Adrian van Hooydonk, Senior Vice President BMW Group Design. “The BMW iX offers a mobile living space in which people will feel at ease and the car’s intelligence is always available without becoming obtrusive.”

The BMW iX will be the company’s flagship car produced at the BMW Dingolfing plant starting from the second half of next year.

The Toyota Supra was reintroduced in January 2019 at the North American International Auto Show. The car was built by Toyota in collaboration with BMW and is based on the legendary BMW Z4.

The first car ever produced was auctioned at the Barrett-Jackson auction for US$2.1 million at to Craig Jackson in January 2019. The proceeds of this auction went to the Bob Woodruff Foundation and the American Heart Association. The car that was auctioned adorned a unique matte grey exterior paint. It sported contrasting red interiors along with matching rearview mirrors, a metallic black 5-bolt wheel and sported VIN number “20201”.

The public in Japan could buy a brand new Supra starting from 17 May 2019. However, people In the United States of America had to wait till the 22 July 2019. In Australia, sales began from 2 September 2019 onwards.