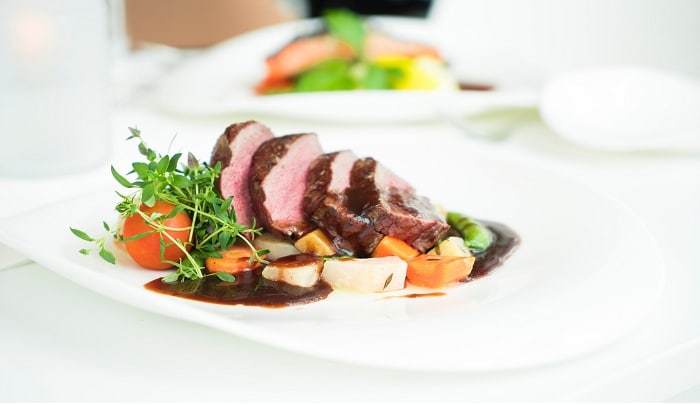 While most of us may be used to dining out at Chipotle, Nandos, or Applebees, the ultra-rich get to do things a little differently. That’s because they have the option of eating at some of the world’s most expensive restaurants! 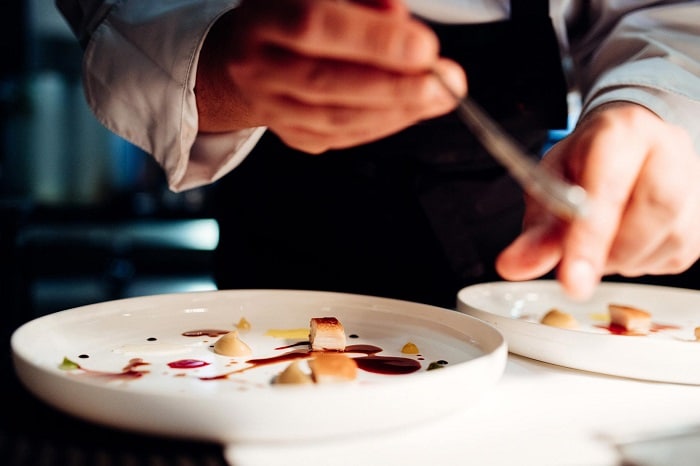 Despite being placed at number ten, this restaurant is perhaps the best on this list, as it was voted the world’s top restaurant in both 2016 and 2018! That’s because with its high price comes high-quality food. It is most famous for its 12-course menu that blends various styles of traditional and modernist cooking. Interestingly enough, its chef Massimo Bottura was born in the area, making this restaurant all the more authentic!

But if you do decide to come here, don’t expect it to be cheap, as you’ll end up paying about $570 if you choose to go for both the combined tasting and wine menu! 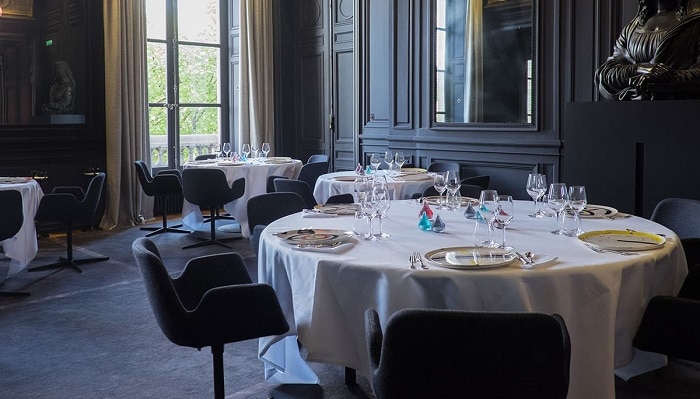 Paris is known for its high-quality food, and Guy Savoy’s restaurant is certainly no exception! It is best known for offering some of the most delectable delicacies in the world, with these typically being served on a 13-course menu that includes everything from caviar with smoked sabayon to marmite of braised duck foie gras. Best of all, if you don’t happen to be in Paris, you can still have the Guy Savoy experience, as he also has a similar restaurant in Las Vegas, which is perhaps one of the most opulent cities in the United States! Yet, at the cost of about $565 per person for the thirteen-course dinner menu and $125 per plate, if you purchase dishes a la carte, this level of luxury certainly doesn’t come cheap! 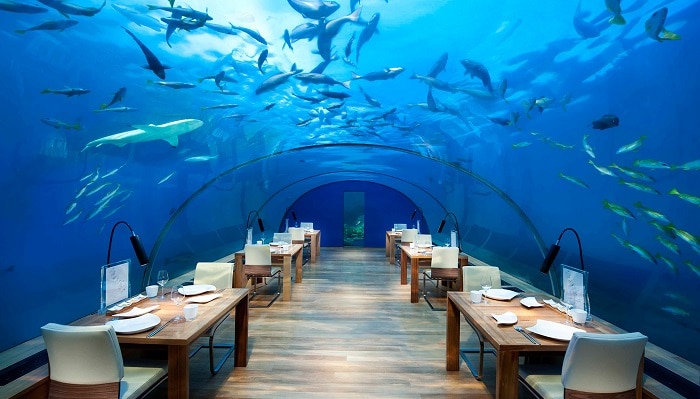 Now, while the Maldives may not be world-renowned for its luxury food, Ithaa certainly turns this assumption on its head! That’s because the restaurant is perhaps the perfect pairing of atmosphere and dining quality. The restaurant is located five meters underwater in a panoramic tank, thus allowing patrons to view scenic coral gardens and marine animals drifting by as they dine!

The menu itself is inspired by local flavours with a Western fusion, with some of the most notable dishes that are often served such as lobster and snow crab, pan-seared sea scallops and three-mustard-marinated wagyu beef.

But at the cost of about $390 for a 7-course meal, dining here is anything but cheap! 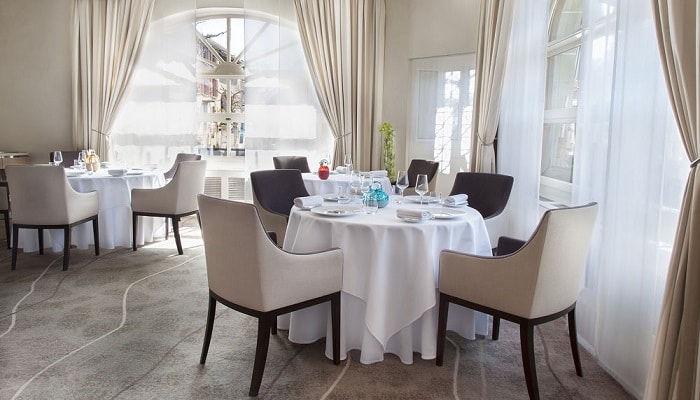 Now, Switzerland is known for its expensive watches, pricey ski resorts, and the high cost of living, so it shouldn’t come as a surprise that its top restaurants are high-priced as well! Still, the most expensive of them all is the Restaurant de l’Hôtel de Ville, which is not only known for selling some of the best Swiss food in the world, but also for having an incredible cheese buffet and wine cellar. However, if you do go, you can expect to pay a princely sum of about $430 for your meal. 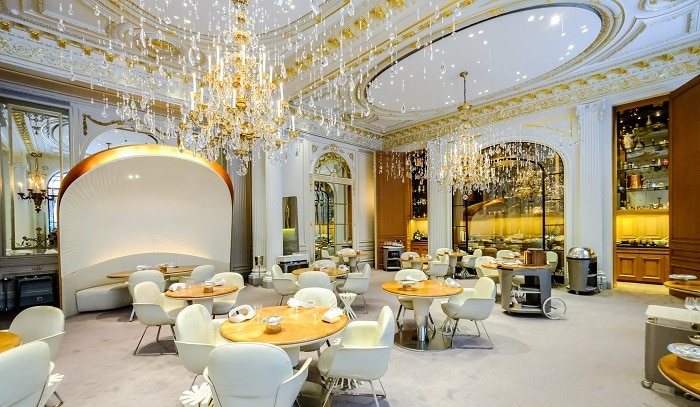 Now, French cuisine is often considered to be some of the best in the world, and in this regard, this restaurant does not disappoint! After all, the entire dining room is not only decked out in white, silver, and gold crystals but has an absolutely delectable 5-course tasting menu! If you choose to come here, expect to pay about $470 for the five-course option and even more if you buy multiple dishes a la carte. Therefore, it goes without saying that it will certainly set you back a pretty penny! 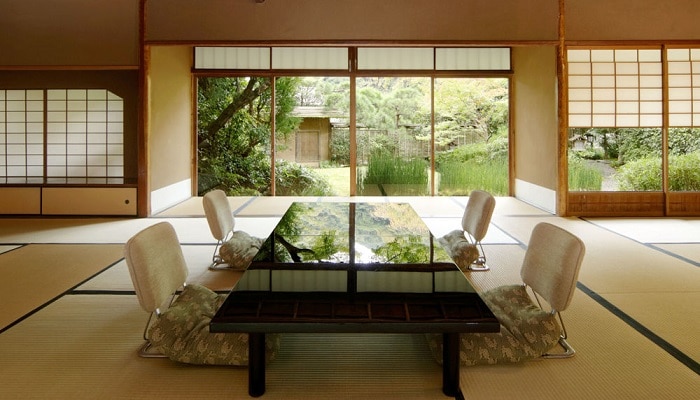 If you are a fan of Japanese-style dining, then Kitcho Arashiyama is the restaurant you’ve been searching for! Unlike all the others on this list, this restaurant not only features tatami mats in which to sit on but only serves kaiseki cuisine, which is a Japanese style of dining that involves a sequence of courses influenced by seasonal foods from the land and the sea. As such, visitors can choose between four different tasting menus, with each increasing in price and lavishness. Thus, if you go for the most expensive menu they have, you can expect to pay a grand total of $745 per person! 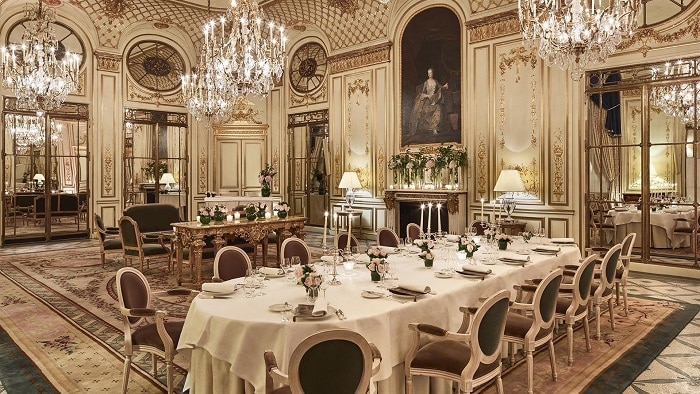 If you want a restaurant that looks like it came right out of a French castle, then Restaurant Le Meurice is the place for you! Now, this two-Michelin-star establishment, which is headed by world-renowned chef Alain Ducasse, boasts classic elements such as antique mirrors, frescoes and chandeliers alongside modern pieces such as Space Age chairs and a water-inspired sculpture. Putting the ambience aside, the food itself is also supposed to be top-notch, with it coming out in the form of a five-course tasting menu. Yet, at a prohibitively high cost of $480 per person, it certainly isn’t in the price range of the average Parisian! 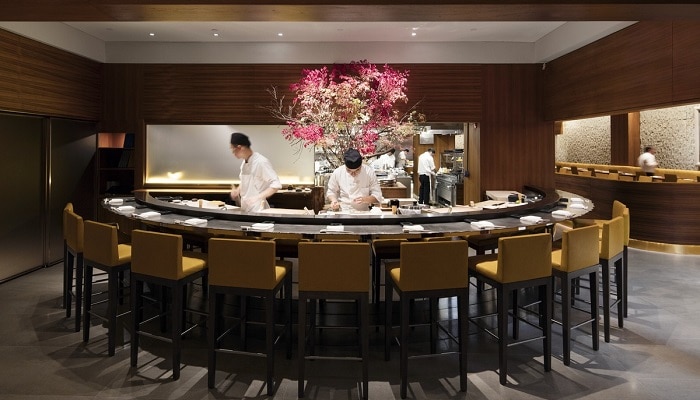 If you are a fan of sushi, then this restaurant is definitely for you! After all, this restaurant is headed by three Michelin-starred sushi chef Masa Takayama, who is widely considered to be one of the best sushi makers in the world. Now, at this restaurant, Takayama is the one who decides everything that you eat, with the menu changing daily depending on the seasonal specialities available. Still, at $595 per person, it will certainly set your bank account back by quite a bit! 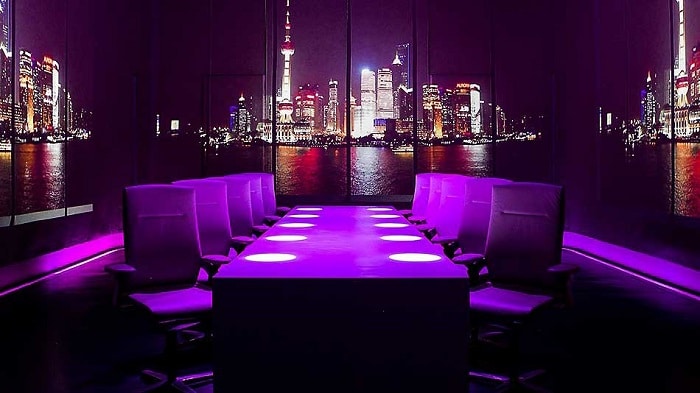 Now, this restaurant stands apart from the rest as it is perhaps the most exclusive of them all. This is primarily thanks to the fact that it is nearly impossible to get a reservation, as the restaurant seats just 10 people at a time. Not to mention the fact that the location is a well-guarded secret, meaning that patrons are discreetly shuttled to the dining area without them knowing where they are going. Although, once there, they are given an immersive dining experience that consists of 20 courses served up by famed French chef Paul Pairet.

These courses are enhanced with the help of audio-visuals, which include several simulated scenes from around the world that are supposed to enhance the flavour of the food! Besides, given that it costs $570 to dine here, it certainly isn’t for those who are short on cash! 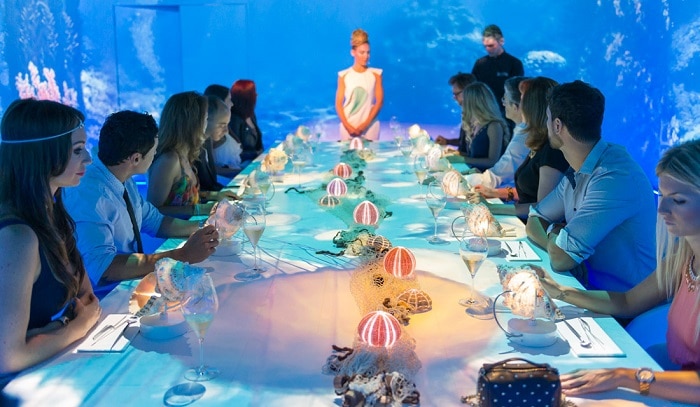 Now, as far as dining experiences go, this is the absolute creme de la creme. Sublimotion offers a 20-course dinner that is spread over three hours, with diners being waited on by a team of twenty-five professionals and a Michelin two-star chef by the name of Paco Roncero. The restaurant also provides some excellent entertainment value, as the room is outfitted with virtual reality elements, laser light shows, and projection mapping in the room.

Unfortunately, the chances of you eating here are pretty slim, as the restaurant has just 12 seats and is only open from June 1st to September 30th, making it very hard to get a reservation. However, if you do, you can expect to pay about $1,913 for the privilege of eating there!