Nissan set to thrill off- and on-road at 2021 SEMA Show with Pathfinder, Frontier, ‘DocZ’ 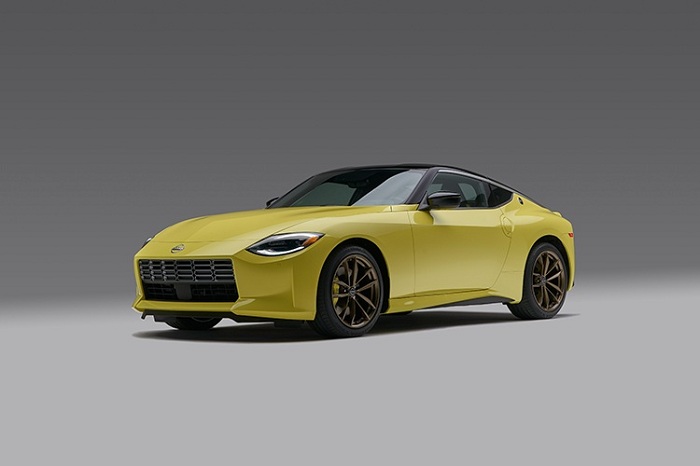 On display at Nissan’s 2021 SEMA Show booth (with more detailed descriptions later in this release):

“The Project Overland Pathfinder and Frontier support our philosophy that ‘adventure starts where the road ends’ using our NISMO Off Road parts to make them more capable than ever, said Mike Soutter, vice president, Nissan Aftersales Americas. “Along with the exciting 2023 Z and the honor of showing off Sung Kang’s latest project ride, 2021 will be a show to remember.”

Following is an overview of the vehicles on display Nov. 2-5 at Nissan Booth #52157, located in the new West Hall of the Las Vegas Convention Center1. 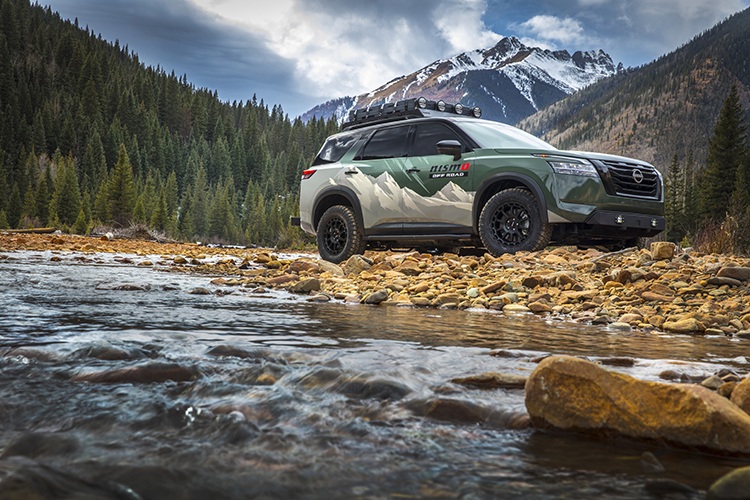 As a vehicle that is family adventure-ready straight off the factory floor, this unique Project Overland Pathfinder is also perfect for home schooling – as in home on the range and learning what simple modifications owners can install to help it get farther off the beaten path.

The expanding list of new NISMO Off Road parts, many of which are debuting on the Project Overland Pathfinder, will be available through Nissan dealers, select NISMO retailers or via NISMOparts.nissanusa.com starting in early 2022. 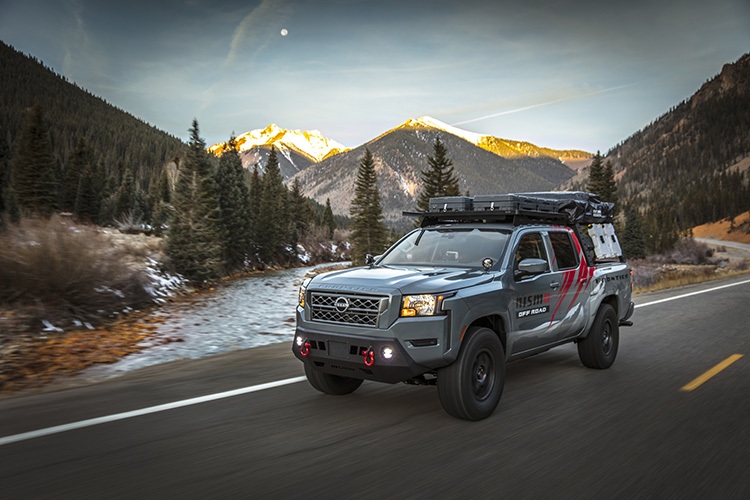 While the 2022 Frontier has essentially been reimagined from the ground up, the Project Overland Frontier is designed to cover even more challenging ground with added confidence and style – demonstrating its potential for customer modifications using readily available components.

The factory exhaust has been replaced with a full NISMO Off Road Performance Cat-Back System featuring a polished tip with laser-etched NISMO logo.

The expanding list of new NISMO Off Road parts will be available through Nissan dealers, select NISMO retailers or via NISMOparts.nissanusa.com starting in early 2022. 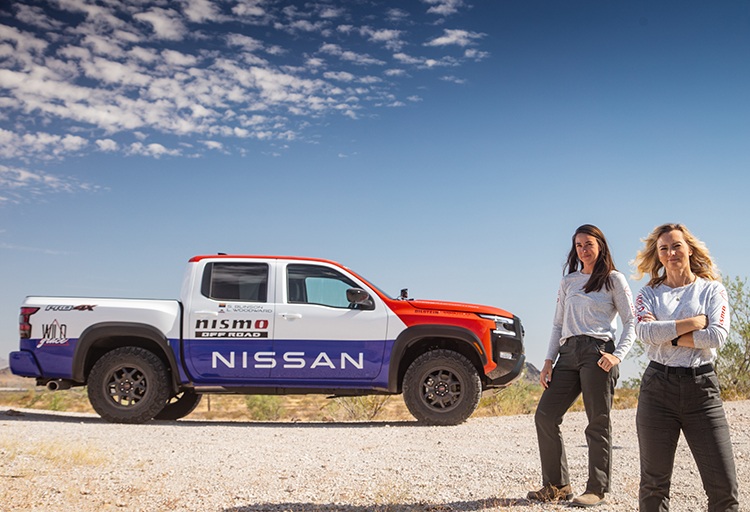 Coming off a sixth-place finish in the recently completed 2021 Rebelle Rally is Team Wild Grace’s NISMO Off Road-equipped 2022 Nissan Frontier PRO-4X. Co-captains Sedona Blinson and Lyn Woodward stole the show all along the nine-day, 1,200-mile trek through the Nevada and California deserts with their Frontier wrapped in the red, white and blue livery of Nissan’s famed Hardbody racers of four decades ago.

Nissan has competed in all six runnings of the women-only Rebelle Rally, which is considered one of the most demanding off-road rallies in America.

Blinson and Woodward will be talking about their Rebelle Rally experiences at the booth on Tuesday, November 2. 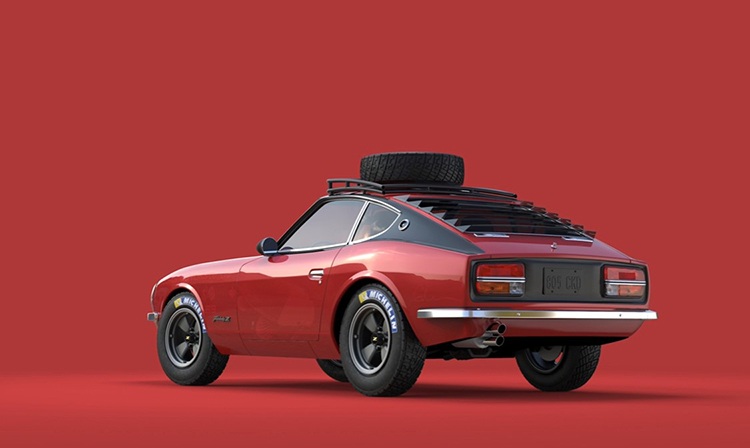 Some Z cars live only in memory. Some achieve an ongoing status. For example, the Datsun 240Z 1971 East African Safari Rally winner has lived many lives, most recently as a star vehicle in the new Nissan commercial in North America. The original rally winner Z also lives on in the hearts of Z enthusiasts around the world – including actor/producer Sung Kang of Fast and Furious fame.

Kang and his mentor Erick Aguilar (Erick’s Racing) found a complete 1971 240Z in Los Angeles replete in East African Safari Rally homage livery. Broken down, rusted out and in extreme disrepair, Kang and his crew came to the rescue and created something far greater than his original resto concept. Assembling a team of craftsmen from around the country, Kang’s first instinct was to drop in a fresh Skyline engine like in Kang’s notorious FuguZ. However, some of his mentors steered him another direction – toward an original L24. This would not be an ordinary L24, however. Stroked to 2800cc, with a custom head, triple Weber carbs and custom exhaust, the “stock” engine produces healthy amounts of horsepower and torque.

Putting that power to the ground required completely refreshed suspension and brakes, along with 16-inch ’78 Nanakorobi Yaoki’ wheels, which are a tribute to the Kobe Seiko-style wheel that was standard on the Z432.

The body also needed a total makeover, including a replacement roof and new panels. Coastline Autosport added the unique koi fish ghost effect over red and black two-tone paint, worthy of this Z.

“The DocZ is a representation of the best of my community,” said Kang, who hopes his incredible rescue/restoration/reimagination project will inspire other Z enthusiasts to do the same. 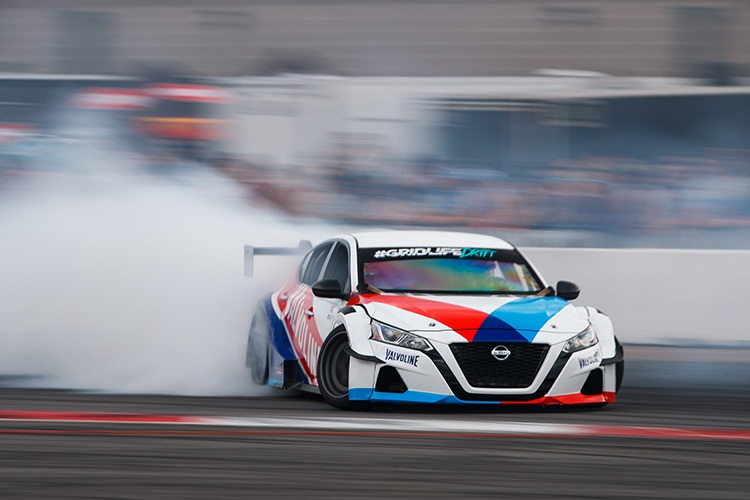 Three-time Formula Drift World Champion Chris Forsberg (@chrisforsberg64) has built the world’s most insane Nissan Altima. In an epic partnership with Valvoline and Nissan, the GT-R-powered, four-seater drift machine has been dubbed a fitting name: The Altimaniac.

With the dream to not only build the world’s most advanced four-seat drift car but the world’s most powerful, too, Forsberg’s team set to work. Since there were no plans for competitive motorsports, but more of a way to scare three friends at a time, the Altimaniac was able to come to life free of the constraints of any rulebook. Starting with a 2021 Nissan Altima, the car was completely stripped down to a bare body and 3D scanned to create a fully digital model.

Inside, unlike a Formula Drift car, are four carbon fiber seats designed by Recaro Automotive. Each passenger is protected with a full double-halo roll cage around them. Outside, a custom livery was designed by Team Valvoline and optimized for 360-degree drone footage, with each side being a different color.

Forsberg will be appearing in the Nissan booth at different times throughout SEMA 2021. 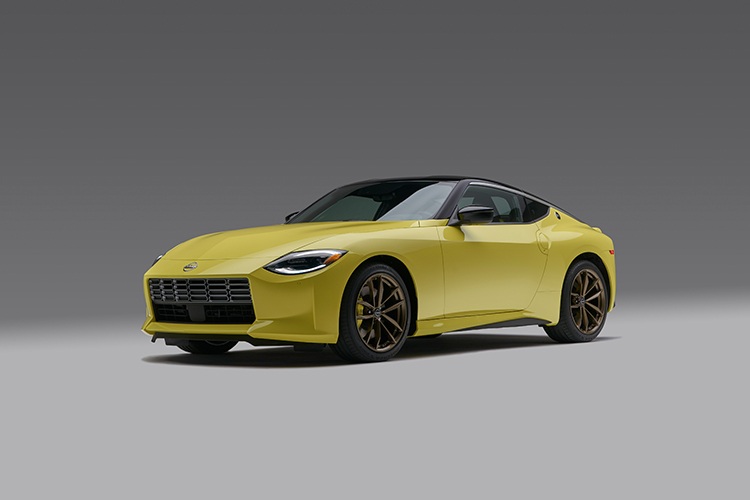 All 2023 Nissan Z models are equipped with a 400-horsepower 3.0-liter V6 twin-turbo engine and choice of 6-speed manual transmission with motorsports-inspired EXEDY® high-performance clutch, or a 9-speed automatic transmission with aluminum paddle shifters.

The 2023 Z is offered in Sport and Performance grade levels and is scheduled to go on sale in spring 2022. The special Z Proto Spec edition, which is limited to only 240 units for the U.S. market, is on display at the show.

The new sports car will be joined by the “father of the new Z program,” Nissan Chief Product Specialist Hiroshi Tamura.

Related Topics:2021 SEMA ShowDocZ’FrontierNissanPathfinder
Up Next

6 Quick Things to Know About CarShield