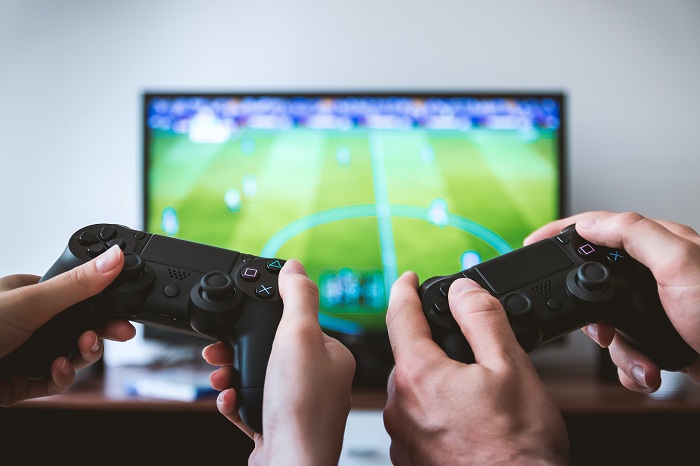 The fact that there was growth in the gaming industry during the pandemic should come as a surprise to no one. Stopping the spread of the deadly Covid-19 virus meant that people were going to have to change how they lived. Regular handwashing, the wearing of masks and, of course, social distancing were the orders of the day. People were advised not to socialize in the ways they once did. This meant avoiding restaurants, cinemas, bars and a number of other places. Consequently, many of these industries were hit hard in the pandemic, with some of them being forced to close, many for good. The entertainment industry was left scrambling with how to survive the pandemic. Movies that once played too crowded theaters, either saw their release dates being pushed back or the movies were moved to streaming platforms such as Netflix or Disney+.

People could no longer attend live concerts and instead were relegated to watching live performances online. Many sports leagues found their seasons suspended or delayed. Schools closed, employees were told they should work from home and people suddenly found themselves isolated at home. As a result, the rise in gaming was understandable, if not completely expected.

And rise it did. The gaming sector experienced a complete and unprecedented boost after the onset of the pandemic. People began searching for content to keep themselves entertained. Board games weren’t a bad idea if you were quarantining with other family members, but for a solitary person, it didn’t make much sense.

Video games, on the other hand, allowed players to enjoy games with other people, whether they lived in the same household or if they lived on another continent. People could play games with people they knew or with complete strangers. Lesser-known games such as bitcoin casino or mammoth offerings such as Fortnite were all thrown into the mix.

Gaming helped people stuck in quarantine to pass the time, to relax and alleviate their boredom. It also helped them deal with some of the stress that came with a massive pandemic.

Analysis of data compiled by International Data Corporation revealed that a large percentage of 2020’s video game growth was found in the mobile gaming market at $87.7 billion (an increase of 24%), consoles at $52.5 billion (a 20% increase) and PC at $39.5 billion (11 percent increase). Yet these numbers do not take into account hardware sales for mobile and computer gaming.

However, the three major console makers (Nintendo, Sony (Playstation) and Microsoft (XBox) have revealed that that pandemic was the cause of higher-than-average sales throughout 2020, with NIntendo Switch being named the best-selling console of 2020, despite its 2017 release. However, Nintendo’s reign might be partly due to another casualty of the pandemic–supply issues and its inability to meet demand for next generation consoles such as the XBox One and Playstation 5.

There are a number of titles that have sold tremendously well during the year. Chinese gaming company Tencent’s PubG was the undisputed crowd favorite and the highest selling title, with $2.6 million in sales, an increase of 65% compared with the previous year. NIntendo’s Pokémon Go franchise also racked up good numbers, despite being released more than four years ago. Much of this success can be attributed to Pokémon’s continued reign as gaming’s highest earning franchise of all time at $90 billion. Other games such as Activision’s Call of Duty, Epic Games’ Fortnite, as well as both Grand Theft Auto V and Red Dead Redemption 2 from Take Two-Rockstar have also done well. The same is true of sports offerings from Electronic Arts such as FIFA and Madden, in addition to their Need for Speed franchise.

2020 was a year that would prove game-changing for every industry around the world. While quite a few were impacted negatively, many others found a way to bloom during uncertain times. Video games provided the sort of relief and distraction that people craved during the pandemic and its rise comes at little surprise. How much of this growth can be sustained over the coming months and years as vaccines roll out and people pick up their suddenly abandoned lives remains to be seen, but there is no doubt the gaming industry is prepared for what comes next.