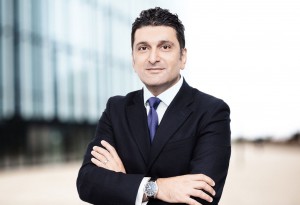 “With Mahan’s appointment we continue to strengthen our organization in this fast-growing market and to meet our ambitious client requirements,”said Michele Pignotti. “His professionalism and proven credit insurance experience in the GCC will support Euler Hermes’ long-term growth and market leadership.”

Mahan Bolourchi began his career at Euler Hermes in 2001 as a credit underwriter in Germany. He later became senior export credit Manager before moving to Switzerland as head of Risk Underwriting, and head of Information and Project Management. In 2007, after a brief assignment as Risk director for the APAC region, he was appointed Risk, Information & Claims Director for the GCC and Middle East. Bolourchi holds a bachelor’s degree in Economics from the Hamburg University of Applied Sciences, and a BA in International Management from the Euro Business College in Hamburg. He replaces Massimo Falcioni, who has left the company.

“The Euler Hermes GCC team is strongly focused on providing high-quality service to our customers, and to delivering tailor-made solutions to protect companies of all sizes and sectors against payment defaults,” said Mahan Bolourchi. “The market potential for and benefits of trade credit insurance are high in the region, and we continue to increase awareness of its value to the GCC and its businesses.”

Euler Hermes is the global leader in trade credit insurance and a recognized specialist in the areas of bonding, guarantees and collections. With more than 100 years of experience, the company offers business-to-business (B2B) clients financial services to support cash and trade receivables management.Its proprietary intelligence network tracks and analyzes daily changes in corporate solvency among small, medium and multinational companies active in markets representing 92% of global GDP. Headquartered in Paris, the company is present in over 50 countries with 6,000+ employees. Euler Hermes is a subsidiary of Allianz, listed on Euronext Paris (ELE.PA) and rated AA- by Standard & Poor’s and Dagong. The company posted a consolidated turnover of €2.5 billion in 2013 and insured global business transactions for €789 billion in exposure at the end of 2013. Further information: www.eulerhermes.com, LinkedIn or Twitter @eulerhermes.