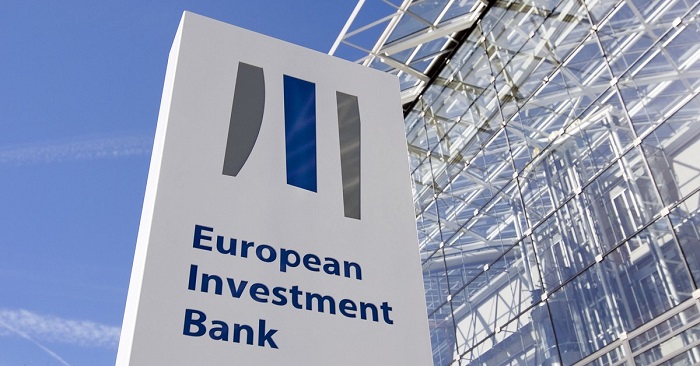 The €24.4 billion European Guarantee Fund (EGF) established in late 2020 the EIB Group and 22 Member States including Slovenia to help companies in the European Union, especially SMEs, recover from the pandemic-related crisis, provided €177.2 million for Slovenian SMEs. Since December 2020, the EIB Group has approved €23.2 billion in financing with EGF backing and its investments to date are expected to mobilise €174.4 billion.

EIB Vice-President Lilyana Pavlova, who is in charge of operations in Slovenia, said: “Despite the challenges brought by the pandemic I am happy to see that the EIB Group rose to the challenge and provided solid figures for investments for Slovenia. The EIB Group proved to be a reliable partner of Slovenia even in the most difficult of times, and together with our partners in the country such as the Government of Slovenia, SID Banka, and SRDF, commercial banks like UniCredit we ensured Slovenia can continue to work, grow, and develop faster greener, and sustainably.  I would like to thank the Slovenian Ministry of Finance for their support for the EGF – a key support mechanism for SMEs across the EU. We have major challenges ahead of us including climate action and COVID-19 recovery but with the support like the one we enjoy in Slovenia I am sure we are on the road to overcoming them successfully.”

Andrej Sircelj, Minister of Finance in the Government of the Republic of Slovenia, said: ”During the pandemic, we adopted measures to help the people and the economy. The measures were aimed at preserving jobs and maintaining the functioning of the economy. The measures were successful. It is important that during this time, we also showed solidarity at the EU level and adopted the Recovery and Resilience Facility. The RRF is focused on the green and digital transition, which shows that our goals are not only focused on growth but also on development. These goals are also supported by the EIB, which has been present in Slovenia since 1977. I believe that we will further improve this cooperation in the future and expand it to more areas.”

Other sectors of the Slovenian economy have also benefited from EIB investments, including water and sewerage, and industry, education, and services attracting €341 million in long-term funding from the EIB.

In 2021 the EIB Group supported the faster recovery of the Slovenian economy from COVID-19 with €207 million in approved operations – EIB with €30 million and EIF with €177million.

The EIF contributed to the local economy to the tune of €177.2 million, provided in three operations benefiting from EGF secured guarantees, making 2021 the most successful year on record for the EIF in Slovenia.

Since 2016, the EIF has invested close to €281 million in equity (€53 million), guarantees (€223 million), and inclusive finance (EUR 6.5million). EIF activities in 2021 reinforced and supported faster COVID-19 recovery of Slovenian small- and medium-enterprises and unlocked new sources of more affordable long-term financing crucial for maintaining liquidity and investment as well as job retention and creation.

Towards research and innovation-based economy of Slovenia

In 2021, the EIF together with Slovenia`s SID Banka and Croatia`s HBOR launched a new €40 million investment platform to support innovation, scientific research, and the protection of intellectual property in Slovenia and Croatia. The Fund will improve the use and commercialisation of research projects and scientific achievements and reinforce the long-term competitiveness of Slovenian and Croatian economies.

The EIB Advisory Services supported the Government of Slovenia, as well as the country`s public and private promoters, to develop projects in areas such as climate and environment, energy efficiency, infrastructure, sustainable urban development, and agriculture.

Since 2006, Joint Assistance to Support Projects in European Regions (JASPERS) Advisory Service alone supported the preparation of investment projects worth €5.2 billion (since 2006). JASPERS, set up in partnership with the European Commission, helps cities and regions absorb European funds through top-quality projects. In Slovenia, JASPERS supported the Ministry of Environment and Spatial Planning in developing an action plan for the sustainable management of municipal waste.

At the same time, the EIB Advisory Hub supported European Commission`s Digital Innovation and Scale-up Initiative (DISC) by undertaking a market study in Slovenia to assess the level of digitalization in the country. The Advisory Hub also supported the Government of Slovenia develop its national strategy on Social Outcomes Contracting.