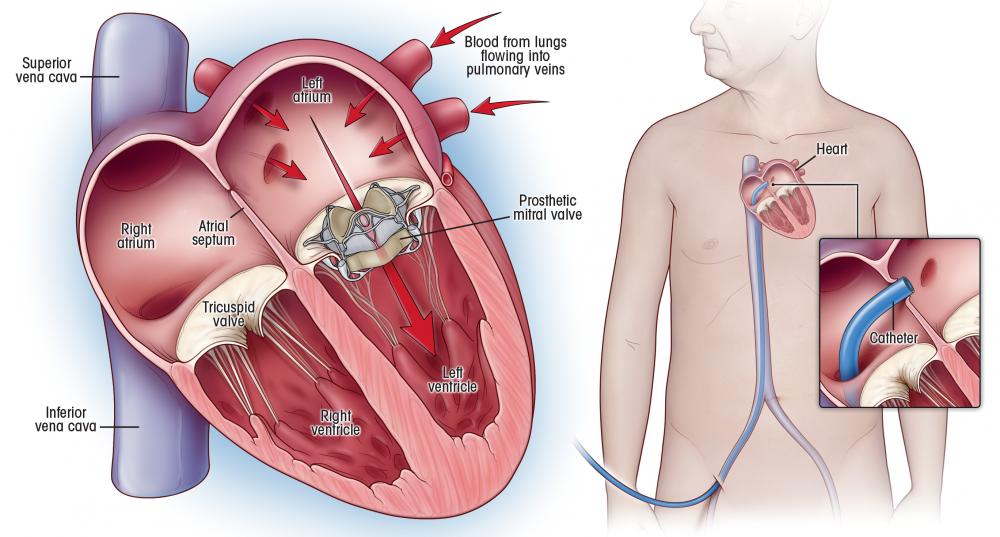 The valves of our heart ensure that the blood circulating in our heart follows a specific one-way route, so when they fail, circulatory chaos ensues.

THE heart is a one-way street. A working one, that is.

Blood flows into the heart after doing its work throughout the body and goes into the lungs where it is oxygenated.

It then returns to the heart and proceeds to flow to the rest of the body.

In the heart, there are four valves that, if functioning properly, act as “toll gates” to ensure that the blood flows in one direction.

Sometimes, however, something goes wrong and the valve fails to work properly (dysfunction).

The course of blood flow in the heart is a one-way street, with the heart valves ensuring that the blood flows in the right direction. — Photos: Filepic

Stenosis is when the valve does not open when the heart contracts.

“When it becomes diseased, the valve will narrow and become very stiff. This causes an obstruction,” says Dr Paneer.

Meanwhile, regurgitation occurs when the blood flows backwards because the valve does not close properly.

“The blood has to flow in oneway traffic. If the valve doesn’t close, it will flow back again.

“This is not good as the heart will get swollen as there is too much blood in it,” he says, adding that the swelling of the heart is known as cardiomegaly.

A third complication combines both stenosis and regurgitation.

Any of the four heart valves – mitral, tricuspid, aortic and pulmonary – can be affected.

The worst case scenario is when all four are diseased.

The causes behind diseased valves are either congenital or acquired.

Congenital causes make up only a small percentage of cases, with almost 95% of abnormalities due to acquired causes.

In Malaysia, the main cause of acquired valvular disease is rheumatic fever.

“A lot of children get rheumatic fever that later becomes chronic.

“What happens in the long run is this disease develops immune complexes where they damage the valve,” says Dr Paneer.

“This is when rheumatic heart disease develops. Children get the infection and we won’t see the disease until much later.”

The “later” in this case could be between five and 20 years from the initial infection, he says, adding that if a child has confirmed rheumatic fever, it is best to have follow-up checks, including echocardiography at a cardiology centre.

“The way to prevent any effects on the valves is early detection and aggressive treatment with antibiotics.

Dr Paneer says that the most common cause of valvular disease is rheumatic fever that typically occurs in childhood. – IJN

“If you can treat them well in childhood, then maybe you can prevent prevent complications of the heart valves in the later years,” he says.

On the other side of the spectrum is when the valve or valves degenerate over time.

As Malaysia moves towards a developed nation status, more people are living longer, causing an increase in the number of cases due to degeneration.

This is where the heart muscles do not contract properly, causing a disruption in the function of the valve.

“The other important cause is endocarditis, which is commonly seen among patients who are injecting drug users. The valves can get infected,” he says.

Among the symptoms exhibited by patients are shortness of breath, water retention, chest pain, palpitations and lessening of one’s activity level.

“Irregular heartbeats will slow the blood flow through the heart, and this can lead to clot formation.

“These clots, when pumped out, can go to the brain and cause a stroke,” says Dr Paneer, adding that the complication of valvular heart disease can also lead to heart failure.

Valvular heart disease is usually first suspected upon hearing heart murmurs while examining the patient with a stethoscope.

Confirmation of the condition is done via echocardiography.

Valvular heart disease is not difficult to diagnose with the current technology and the right expertise, says Dr Paneer.

The initial treatment is to stabilise the patient with medical therapy, such as reducing fluid in the body.

Next comes surgery, which will reinstitute the function of the valve to ensure that the blood flows smoothly one way without obstruction.

There are two options for surgery: repair or replace.

According to Dr Paneer, IJN is one of the world’s leading centres in repairing heart valves.

“There are a lot of reconstructive techniques that we can use,” he explains.

“What a plastic surgeon does on the outside, we do inside on the valve, provided it is not badly damaged.”

In severe cases, he says the calcium build-up can be so bad that one has to break through it, and repair can only be done if the tissue is still pliable.

If it isn’t the valve would have to be replaced.

“We use native valve tissue that is not too badly damaged and reconstruct it back to its original form.

“There are many techniques, including resecting, stitching or recreating the valve by using the pericardiumb (the membrane enclosing the heart),” he adds.

“We aim to restore not only the morphology of the valve, but also its function.”

Repaired valves can last anywhere between 10 and 20 years.

“Their quality of life is very good. The heart function and geometry of the heart is preserved.

“Patients get out of heart failure and you only take anti-coagulation medicine for six weeks after the surgery,” he adds.

A model of the heart showing its four chmabers and two of its valves – the mitral and tricuspid valves.

Between 60% and 70% of valvular surgeries at IJN are repair work.

“We can replace all four valves if they are diseased,” says Dr Paneer.

A single valve repair can take about three hours, while replacing all four valves generally takes between four to five hours.

There are two types of valves used when it comes to the replacement procedure: mechanical or tissue.

The advantage of using such devices is that the patient only has to take anti-coagulation medicines for six weeks after the procedure.

However, there is a risk of the body rejecting the device over time.

“The tissue of the animal will slowly degenerate and the disease will happen again,” explains Dr Paneer.

“We have found that structural tissue degeneration is accelerated in younger patients and won’t last five years.

The other alternative is mechanical heart valves.

However, the downside of this type of valve is having to take anti-coagulation medicine for the rest of the patient’s life.

They also have to be monitored to ensure that the medication is working at the desired level to ensure there is no clot formation on the valves.

Dr Paneer adds that doctors are also moving towards the school of carrying out valvular surgery, especially repairing severely diseased valves, even before symptoms present themselves.

“All in all, if your heart doesn’t decompensate, you can have a normal lifespan. We can put you back on track.”

This article is brought to you by IJN.