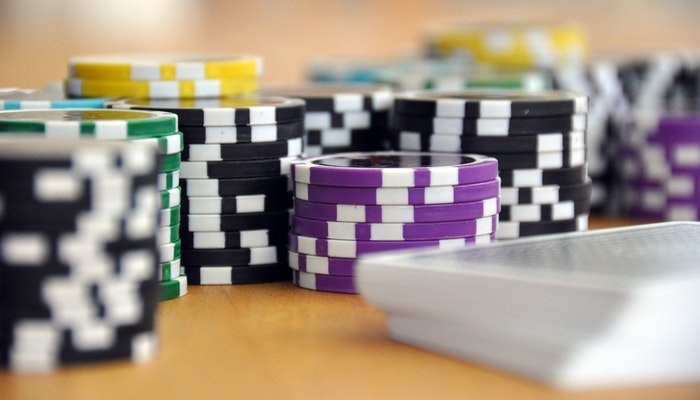 It’s estimated that the global gambling market will grow to around $516 billion this year. That’s a very large pie from which many different international betting companies are constantly competing to take larger and larger slices, and it’s set to get larger yet.

In the US, for example, legal sports betting has been booming after the Supreme Court made a seminal decision to throw out a long-standing federal ban in 2018. Sportsbooks, both physical and online, have since been raking in revenues in various states such as New Jersey and Michigan. Meanwhile, Canada looks like it’s on the brink of doing the same thing, with a new sports betting bill potentially poised to allow gambling firms to set up shop.

But what many bettors and casual onlookers may not realise is that many of apparent rivals in the industry are actually owned by the same companies – the result of mammoth mergers and acquisitions over the years.

Rankings of top betting sites are dominated by household names like Paddy Power, Coral, William Hill, Betfair, DraftKings and FanDuel. Browsing such lists and comparing welcome bonuses is something millions of bettors do across the world, often without any inkling of the underlying connections between these A-list brands. In fact, the era of epic consolidation has been underway for some time.

In 2015, for example, Paddy Power and Betfair – which each boast well-known sportsbooks and online casino sites – shook hands on a £5 billion merger, resulting in the creation of a gambling behemoth encompassing over 7,000 staff. This behemoth then went on to swallow up one of the most famous names in US fantasy sports betting: FanDuel. That news was announced in 2018, just after sports betting in the US was given the green light by the Supreme Court ruling. Acquiring FanDuel, which was preparing to capitalize on the new legislation by going into sports betting, was therefore a savvy move by Paddy Power Betfair. As the company’s CEO put it, “With our substantial financial firepower, we believe we are now exceptionally well placed to target the prospective U.S. sport betting opportunity.”

The following year, Paddy Power Betfair rebranded as Flutter Entertainment. This was a reflection of its expansion well beyond those brands – an expansion that went even further in 2020 when it acquired Canadian operator The Stars Group. This was a truly landmark moment, as The Stars Group included global brands like PokerStars. What resulted was a group with over 13 million active users across over 100 international markets.

In 2015, the same year Paddy Power and Betfair joined forces, there was another important consolidation. Ladbrokes and Gala Coral combined to form a £2.3 billion colossus, with almost 4,000 high street bookmakers and tens of thousands of employees to its name. Ladbrokes had faced challenges adapting to the world of online betting, compared to rivals like bet365, and its merger with Coral was intended in part to bolster its resources. Just a couple of years later, though, Ladbrokes Coral was itself acquired by GVC, in a £4 billion move.

GVC is now known as Entain, and owns other major gambling brands like PartyPoker and Sportingbet. The giant company continues to have an appetite for acquisitions, recently completing its purchase of Swedish betting firm Enlabs AB. This is a key move in its grand plan to move aggressively into more regulated markets. As Entain’s CFO said after the acquisition, Entain “will continue to look for opportunities to expand our business internationally.”

The consolidations keep on coming. In April of this year, Bally’s Corporation – which owns a string of bricks-and-mortar casinos across the US – finalised what was dubbed a “mega-merger” with UK gambling giant Gamesys, in a deal valued at $2.7 billion. Gamesys’ portfolio of brands includes Virgin Casino and Jackpotjoy, and one of the stated aims of the takeover is to combine Gamesys’ technological know-how with Bally’s reach in the US. In the ambitious words of Bally’s chairman, it’s a “transformational step  in our journey to become a leading integrated, omni-channel gaming company”.

That same month saw Caesars Entertainment – the iconic brand synonymous with Caesars Palace in Las Vegas – complete its $4 billion takeover of William Hill. The target of this bold move was the British company’s US operations, with the Caesars chief executive saying that “the opportunity to combine our land-based casinos, sports betting and online gaming in the US is a truly exciting prospect.”

As the market reach of these vast companies continues to increase, it’s anyone’s guess how the global gambling industry will shape up in the years to come. One thing’s for sure: this is now very much a world dominated by titans, and seeing them clash for dominance will be akin to playing very high stakes blackjack or poker in the eyes of investors.

Related Topics:global gambling market
Up Next