30 years of the 124 series: exemplary for aerodynamics, lightweight construction and safety 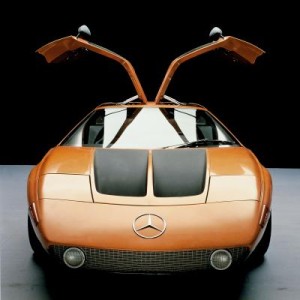 Stuttgart. – Welcome to a distinguished circle: this year the first vehicles in the Mercedes-Benz model series 124 will receive the coveted H registration plate, signifying that they have achieved the status of young classics. This model series displayed various body shapes and numerous innovations, and proved a winner with customers worldwide: a total of more than 2.7 million units were produced between 1984 and 1997.

The keenly anticipated new saloon in the upper medium class celebrated its premiere in November 1984. The new model series 124 was launched with the models 200 D, 250 D, 300 D, 200, 230 E, 260 E, and 300 E. The 200 E was also produced for the Italian export market. Mercedes-Benz still followed its classic model designation pattern when the series had its debut in 1984, but in 1993 the medium model series was given the name E-Class. The front and rear axle designs already familiar from the compact W 201 series (“Baby Benz”) presented in 1982 ensured outstanding handling characteristics and a high level of active safety. They feature individual wishbone control arms at the front and a multi-link independent suspension at the rear.
Visually and technically the medium model series took its lead from the compact W 201, with clear, sporty lines and body panels of high-strength steel, but set new standards in terms of technology, comfort, and design. The exterior design was created by Joseph Gallitzendörfer and Peter Pfeiffer in the team led by the head of design, Bruno Sacco.
Using systematic lightweight construction methods, the body had new styling features based on practical considerations. Two typical design features are the trapezoidal boot lid drawn well down into the rear end and the slanted inner edges of the tail lights. This allowed a particularly low loading sill for the large boot. Another characteristic feature was the rear end, which tapered towards the rear and was heavily rounded at the upper side edges, contributing to an especially low drag coefficient. On market launch, the cd value was 0.29 to 0.30 depending on the model – a sensation at the time. Later models even achieved cd values as low as 0.26. The aerodynamic improvements also considerably lowered fuel consumption compared to the preceding series.
One less conspicuous but innovative design detail was the eccentric-sweep panoramic windscreen wiper. It swept 86 per cent of the windscreen – at the time the largest swept area of any passenger car in the world. Thanks to linear travel added to the rotational movement, the upper corners of the windscreen could be wiped clear more efficiently than by a conventional single-arm wiper. Electrically heated windscreen washer nozzles were standard equipment for all models in the series.
New variety: body shapes and 4MATIC all-wheel drive
The history of the model series 124 is characterised by an unprecedented variety of models and innovations. The start of this new body design diversity was marked by the presentation of the Estate model at the International Motor Show (IAA) in Frankfurt in September 1985. In technical and styling terms, this second generation of the sporty lifestyle Estate from Mercedes-Benz was substantially identical to the Saloon – apart from the different rear end structure. In the Estate, however, the multi-link independent rear suspension already featured hydropneumatic level control as standard. In addition, as part of the “Mercedes-Benz driving dynamics concept”, the company presented the automatically engaged 4MATIC all-wheel drive system with the Estate. The all-wheel drive system was available for the six-cylinder models in the model series 124.
In 1987, Mercedes-Benz expanded the model range even further: The first addition was the Coupé as the third body variant, which had its debut at the Geneva Motor Show in March and was given an 8.5 cm shorter wheelbase than the Saloon. This underlined the sporty character of the two-door model, and made it a completely distinctive body design variant in both its form and design. Features in common with the Saloon were restricted to the front section and tail lights.
1989: first facelift for the medium class, and a long-wheelbase version
At the IAA Show in Frankfurt on the Main in September 1989, Mercedes-Benz presented a completely revised model range in the medium class. The main aspects of this facelift were restyling of the body and a redesign of the interior. The most distinctive feature of the facelifted models was the protective cladding on the sides with integrated sill panelling, which had already been premiered in the Coupé models two and a half years before and was affectionately-cum-disrespectfully dubbed “Sacco boards” by enthusiasts.
The fourth body variant to be presented in Frankfurt was a Saloon with an extended wheelbase. After a gap of four years, a long version was therefore now available in the model range once again. The long body was developed in close collaboration with the company Binz in Lorch, which also became responsible for the bodyshell production. The wheelbase was increased by 80 centimetres to 3.60 metres, with the overall length increasing by the same. In contrast to their predecessors, the 250 D long and 260 E long models had six doors and a fully-fledged centre seat unit whose cushion depth and backrest height were almost identical to those of the rear seat unit.
In October 1990, the 500 E was in the limelight at the Paris Motor Show as the new top model. It was the first model in the medium model series to be powered by a V8 engine. Externally this high-performance saloon was only distinguishable from its sister models at second glance. However its inner values were all the more impressive: the 500 E was powered by a 240 kW (326 hp) five-litre, four-valve V8 engine based on the well-proven technology of the power unit in the 500 SL, and delivered breathtaking performance figures. It was capable of sprinting from zero to 100 km/h in 5.9 seconds. The top speed was electronically limited to 250 km/h. The characteristic features of the 500 E included discreetly flared wings, fog lamps integrated into the front apron and 16-inch light-alloy wheels in an eight-hole design. The suspension was lowered by 23 millimetres compared to the other models in the series, and the rear axle featured hydropneumatic level control as standard.

The German motoring magazine “auto motor und sport” wrote the following about the Mercedes-Benz 500 E in edition 25/1990: “As forgiving as a fairytale uncle, as agile as a fast sports car, and comfortable as well? Yes indeed, that is the most surprising aspect of this suspension system. Despite the taut setup, the springs and dampers absorb surface irregularities in such a well-mannered way that even very demanding occupants have little reason to whinge.”

1991: launch of the Convertible
In September 1991, the 300 CE-24 Convertible arrived as a further body variant in the model series 124. After a gap of exactly 20 years, this meant that a four-seater convertible was once again available in the medium class. The Coupé was used as the basis for development of the Convertible. Enormous design effort went into preparing the two-door variant for its role as an open-top car – around 1,000 parts had to be redesigned just to give greater rigidity to the bodywork. All in all each Convertible needed more than 130 kilograms of additional sheet steel to statically compensate for the missing 28 kilograms of the Coupé roof. A linear rollover bar located behind the rear seats was specifically developed for the Convertible – this extended almost vertically upwards within 0.3 seconds if a rollover was likely. It could be extended at the touch of a button at any time to act as a head restraint for passengers in the rear.
Four-valve technology in large-scale production
The three-litre six-cylinder engines with four-valve technology were already available for the Saloon, Coupé, and Estate from 1989, and the 300 CE-24 Convertible was also powered by this powerful petrol engine. In September 1992, the entire petrol engine range was thoroughly revised, and the four-cylinder units were now all equipped with four-valve technology.
As a world first, four-valve technology was also introduced in the five- and six-cylinder diesel models in 1993. The new technology not only ensured higher torque and output over a considerably wider engine speed range, but also reduced fuel consumption under full load by up to eight per cent. At the same time particulate emissions in the exhaust gas were reduced by around 30 per cent thanks to the improved combustion cycle.
Second facelift: from the medium class to the E-Class
A new nomenclature came into effect with the sales start of the model series 124 restyling facelift in June 1993. In line with the S-Class and the new C-Class, the medium class was now called the E-Class. This meant that the model designations now followed a modified system whereby a letter indicated the vehicle class. This was followed by a three-figure number based on the engine displacement as before. The previously added E indicating petrol engines with fuel injection was omitted, as there were no longer any carburettor engines in the model range. Moreover, there was no encoding of the body variants such as Coupé or Estate as these were obvious. In the diesel models the added lettering “Diesel” or “Turbodiesel” replaced the previous D.
Particular sportiness was exuded by the new E 60 AMG as the top model, which the Affalterbach-based performance brand offered with a six-litre variant of the M 119 V8 engine. The output of this muscle-car was 280 kW (381 hp) at 5,600 rpm. AMG also increased the output of the Coupé and Convertible: The E 36 AMG models with 200 kW (272 hp) at 5,750 rpm were likewise launched in 1993. They were equipped with a 3.6-litre engine based on the 3.2-litre M 104 power unit. In 1993, AMG models are indicated the vehicle class by a two-figure number based on the engine displacement.
Discontinuation after production of over 2.7 million units
Production of the 124-model series Saloon ceased in August 1995. The Estate continued to be produced until 1996, and Mercedes-Benz also produced CKD (completely knocked down) kits of the Saloon models E 250 Diesel and E 220 for assembly abroad until 1996. Production of the Convertible even continued until 1997. During the production period of just over eleven years, 2,213,167 Saloons, 340,503 Estates, 141,498 Coupés, 33,952 Convertibles, 2342 long-wheelbase Saloons, and 6,398 chassis with semi-bodies for special conversions were produced in all: This makes a total of 2,737,860 units – over 40,000 more than the previous record holder, the preceding model series 123. Lovingly cared-for examples of the 124-model series are today among the most popular Mercedes-Benz young classics.
Related Topics:200 E300 D4MATIC all-wheel drivedistinguished circleMercedesmodels 200 DStuttgart
Up Next

World-class Buncombe stars at the Nürburgring