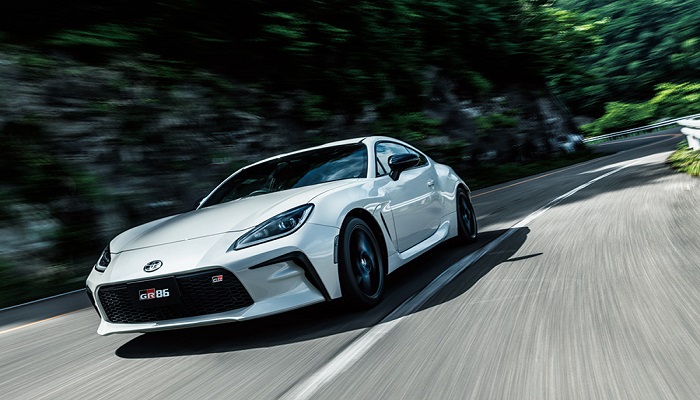 The GR86 was jointly developed with Subaru Corporation (Subaru). In September 2019, Toyota and Subaru entered into a new business and capital alliance, and have promoted their goal of making ever-better cars in new fields, such as by jointly developing the new Toyota bZ4X battery electric vehicle (BEV). But the two companies also share a desire to continue delivering the excitement, thrill, and joy of driving sports cars; to this end, they have also engaged in the joint development of sports cars that embody the unique qualities of both companies.

The GR86 shares the same base as the Subaru BRZ. However, Toyota focused on delivering the unique driving feel of a GR vehicle, with intuitive handling and instinctive responsiveness, linear response, and outstanding agility at the upper limits of performance. While carrying on the tradition of the 86 and engaging in friendly rivalry with Subaru’s BRZ development team, TGR sought to develop a vehicle that would realize a GR-like evolution. As a result, the new GR86 has been reborn as a car designed with outstanding driving feel that is both direct and satisfying.

To mark its launch, TGR will exhibit the new GR86 at FUJI 86 STYLE with BRZ 2021 (86 Style)1, which is hosted by Fuji International Speedway Co., Ltd. The event will provide fans with the chance to drive the new GR86 at the earliest opportunity2 and compare its ride with the Subaru BRZ, while other activities are planned to enable visitors to experience the driving feel of the GR86. Also, the event will be streamed live on TGR’s official YouTube channel.

5. A sports car that provides a secure and safe car life

6. GR PARTS maximize the appeal of the GR86

TGR has prepared a selection of custom GR PARTS to maximize the appeal of the GR86. From everyday driving to sports driving, a wide-ranging parts line-up enables all customers to personalize their GR86.

Volkswagen announces pricing for the refreshed 2022 Jetta and Jetta GLI