Vietnam: what to do on the country's beaches and cities 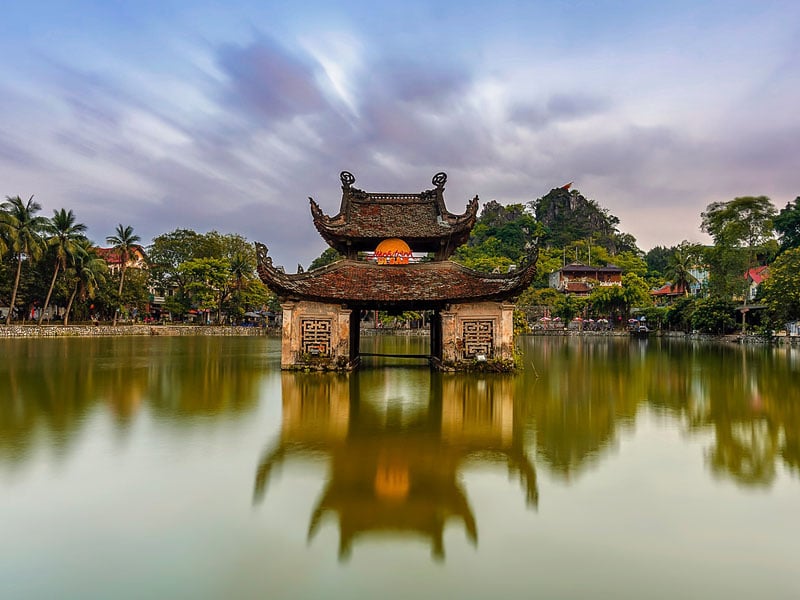 Tourism in Vietnam, for many years, has been overlooked in travel itineraries to Asia. That’s because, the country is in the middle of destinations with paradisiacal landscapes like Thailand or Cambodia and, for this reason, many travellers thought that Vietnam would not be so interesting.

Allied to this is the fact that the country has experienced two wars – that of Indochina, against France, and that against the United States -, which were well recorded in many Hollywood films in the 1990s, which made people have the impression that the country is well destroyed.

All of this makes people miss the chance to get to know a beautiful country, with beautiful scenery, temples and fascinating history. To change this impression, even in the 1990s, the Vietnamese government made an important investment to boost tourism, especially in the coastal region. Which worked very well.

Gradually, travellers began to notice more in Vietnam, which is currently a mandatory destination for trips to Asia. See everything about tourism in Vietnam in this article.

Located in the east of the Indochina peninsula in Asia, Vietnam borders China, Laos, Cambodia and the Gulf of Thailand. It was a colony of France, having declared its independence in 1945, but only in 1954 officially recognized. Although it was a French colony, its inhabitants maintained their native language, Vietnamese.

Like other Southeast Asian countries, Vietnam has rainy and dry seasons according to Asian monsoons. To understand and discover the best time to visit Vietnam, see this Asian monsoon guide.

In addition to understanding the monsoons, it is always worth researching about the climate in the region you intend to visit since the country is large (more than 331 thousand km²) and with that the temperatures are different in the various regions.

From Brazil, there are flights to Vietnam, always with stops. To travel to Vietnam, Brazilians need a visa. You can pick up your visa at the airport as soon as you land, but you need to make a prior request online and pay the fee.

If you are going to enter the country by land, you must already have a visa in hand and the only option is the Embassy of Vietnam, in Brasília or on the website.

What to do in Vietnam

Hanoi is the capital of Vietnam and the country’s second-largest city, where more than 6 million people live. It is located in the Delta of the Red River. The city has areas with large buildings, many houses, shops and even plantations. It is, like most big cities in the world, quite chaotic, especially in the central region.

And, although charming by the landscapes and interesting throughout its history, Hanoi ends up being overshadowed by other more famous destinations in the country. Regardless, it is worth knowing a little more about the Vietnamese capital and exploring what the city has to offer.

Among the coolest sights in Hanoi are Lake Hoan Kiem, which serves as a meeting point and resting place for residents and travellers. In the surroundings, there are bars and restaurants and in the middle of the lake, in a kind of island, there is the Tháp Rùa (Turtle Tower) one of the postcards of the city built between the 17th and 18th centuries.

There are also more than 600 temples and pagodas in the city, the most visited of which is also on Lake Hoan Kiem, the Ngoc Son Temple. To reach it, you have to cross the Huc bridge. The old quarter (Old Quarter or Khu phố cổ Hà Nội), the night market, St Joseph’s Cathedral and the Temple of Literature are some of the city’s attractions.

You may not know Ho Chi Minh City by that name, but if I tell you that it was called Saigon, you will surely remember a movie with that name or set in the city. See Ho Chi Minh hotels to enjoy the city.

The name change occurred after the reunification of North and South Vietnam, which followed different government regimes (capitalist and communist). The name is a tribute to the communist leader, but even after another 40 years, the city is still well known as Saigon.

Like the capital, Hanoi, Ho Chi Minh is a chaotic city. There are eight million inhabitants “fighting” for space on the streets with motorbikes, cars, tuk-tuks, vendors, animals, each of them in a sense. Anyway, walking is an adventure.

Among the sights of the city are Bitexco Financial Tower, a 262-meter high skyscraper (68 floors) that has a wonderful view of the city and an architecture inspired by a lotus flower.

In addition, there is Bùi Viện street where there are many shops, bars and restaurants; the Chợ Bến Thành market, which has more than 3,000 stalls selling everything you can imagine; the Reunification Palace, which even has an underground bunker; the War Museum, as well as many temples and Notre Dame Cathedral.

Another attraction of the city is the cuisine. Due to the French occupation in the city, which was the capital of Conchinchina for some years and was nicknamed Paris of the East, many dishes of local gastronomy are influenced by France, in addition to the various cafés in the city.

Ha Long Bay and other cities

The Ha Long Bay is a must-see destination during a visit by Vietnam. With about 3 thousand small limestone islands surrounded by a very blue sea, the region was declared a Natural Heritage of Humanity by Unesco.

The view is very beautiful and you can take boat trips around the region, which can also include cave trips and even overnight on the boat. One of the most beautiful boats in the world to stay is in this bay.

Already  Hoi An, the Lantern City also had its historical centre declared World Heritage Site by Unesco. There are several colourful lanterns adorning the entire central region. The city was once the main port in the country and today it is famous for the incredible walks in Hoi An, shops and many tailors.

One of the sights close to Hoi An is the ruin of My Son Sanctuary; in addition to Hué, an imperial city that was once the country’s capital; DaLat, a mountain town with houses of French architecture, among other tourist activities in DaLat.

Already Phu Quoc is one of the most beautiful beaches in the country and the Ke Bang National Park, which has the largest cave in the world, the Hang Son Doon g, and where you can go trekking and other adventure sports.

As I mentioned at the beginning, Vietnam is a very beautiful country, with several landscapes and monuments to visit. Despite this, he is often overshadowed by other beautiful countries in the surroundings.

But that is changing as more and more travellers are interested in getting to know the country. And this is very good. I hope, in this article, I have contributed to increasing the interest of travellers.

Milan: Top Things to do on a Perfect Weekend Getaway