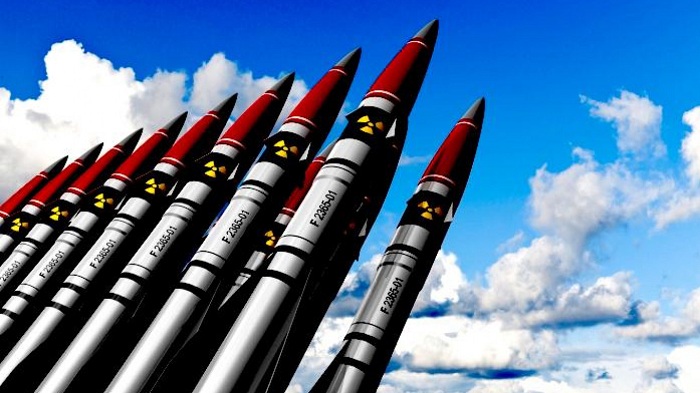 The largest superpowers of the world have displayed their destructive capabilities in warfare and scientific advancements using nuclear power. For many decades royalty and budding economies alike have joined the race to acquire nuclear artillery. 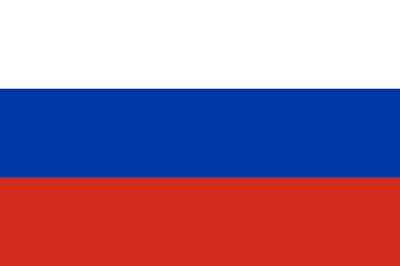 Russia is one of the world’s largest producers of nuclear energy. In 2018 total electricity generated in nuclear power plants in Russia was 204.3 TWh, 18.7% of all power generation.[1] The installed gross capacity of Russian nuclear reactors is 31.3 GW in December 2018.

n accord with legislation passed in 2001, all Russian civil reactors are operated by Energoatom. More recently in 2007 Russian Parliament adopted the law “On the peculiarities of the management and disposition of the property and shares of organizations using nuclear energy and on relevant changes to some legislative acts of the Russian Federation”, which created Atomenergoprom – a holding company for all Russian civil nuclear industry, including Energoatom, nuclear fuel producer and supplier TVEL, uranium trader Tekhsnabexport (Tenex) and nuclear facilities constructor Atomstroyexport.

The overnight cost of construction in the seventies was a low 800 $/kW in 2016 dollars. In 2019 a S&P Global Ratings report stated Russia’s nuclear construction costs were well below European levels because of vertical integration, good learning-curve effects from serial production, and the large currency devaluation of 2014.

The Russian nuclear industry employs around 200,000 people. Russia is recognized for its nuclear disaster expertise and for the safety of its technology.[ Russia is also pursuing an ambitious plan to increase sales of Russian-built reactors overseas,[9] and had 39 reactors under construction or planned overseas as of 2018. 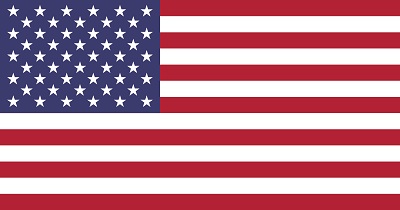 Nuclear power in the United States is provided by 95 commercial reactors with a net capacity of 98 gigawatts (GW), 64 pressurized water reactors and 32 boiling water reactors. In 2019 they produced a total of 809.41 terawatt hours of electricity, which accounted for 20% of the nation’s total electric energy generation. In 2018, nuclear energy comprised nearly 50 percent of U.S. emission-free generation.

As of September 2017, there are two new reactors under construction with a gross electrical capacity of 2,500 MW, while 34 reactors have been permanently shut down. The United States is the world’s largest producer of commercial nuclear power, and in 2013 generated 33% of the world’s nuclear electricity. With the past and future scheduled nuclear plant closings, the United States could lose its position to China and Russia.

As of October 2014, the NRC has granted license renewals providing a 20-year extension to a total of 74 reactors. In early 2014, the NRC prepared to receive the first applications of license renewal beyond 60 years of reactor life, as early as 2017, a process which by law requires public involvement. Licenses for 22 reactors are due to expire before the end of the next decade if no renewals are granted. The Fort Calhoun Nuclear Generating Station was the most recent nuclear power plant to be decommissioned, on October 24, 2016. Another five aging reactors were permanently closed in 2013 and 2014 before their licenses expired because of high maintenance and repair costs at a time when natural gas prices have fallen: San Onofre 2 and 3 in California, Crystal River 3 in Florida, Vermont Yankee in Vermont, and Kewaunee in Wisconsin, and New York State is seeking to close Indian Point in Buchanan, 30 miles from New York City.

France has a long relationship with nuclear power, starting with Henri Becquerel’s discovery of natural radioactivity in the 1890s and continued by famous nuclear scientists such as Pierre and Marie Skłodowska Curie.

Before World War II, France had been mainly involved in nuclear research through the work of the Joliot-Curies. In 1945 the Provisional Government of the French Republic (GPRF) created the Commissariat à l’ÉnergieAtomique (CEA) governmental agency, and Nobel prize winner Frédéric Joliot-Curie, member of the French Communist Party (PCF) since 1942, was appointed high-commissioner. He was relieved of his duties in 1950 for political reasons contingent upon the Cold War, and later was one of the 11 signatories to the Russell-Einstein Manifesto in 1955. The CEA was created by Charles de Gaulle on 18 October 1945. Its mandate is to conduct fundamental and applied research into many areas, including the design of nuclear reactors, the manufacturing of integrated circuits, the use of radionuclides for medical treatments, seismology and tsunami propagation, and the safety of computerized systems.[citation needed]

Nuclear research was discontinued for a time after the war, owing to the instability of the Fourth Republic and the lack of finances available.[8] However, in the 1950s a civil nuclear research program was started, a by-product of which was plutonium. A secret Committee for the Military Applications of Atomic Energy was formed in 1956, and a development program for delivery vehicles started. In 1957, soon after the Suez Crisis and the diplomatic tension with both the USSR and the United States, French president René Coty decided on the creation of the C.S.E.M. in what was then French Sahara, a new nuclear testing facility replacing the CIEES testing facility. See France and nuclear weapons.

China is one of the world’s largest producers of nuclear power. The country ranks third in the world both in total nuclear power capacity installed and electricity generated, accounting for around one tenth of global nuclear power generated. Nuclear power contributed 4.9% of the total Chinese electricity production in 2019, with 348.1 TWh. This is an increase of 18.1% from 2018; two new reactors came online in 2019. Recent construction has fallen short of previously announced targets.

Nuclear power has been looked into as an alternative to coal due to increasing concerns about air quality, climate change and fossil fuel shortages. In 2009, China’s National Development and Reform Commission indicated the intention to raise the percentage of China’s electricity produced by nuclear power to 6% by 2020.[8][failed verification] More long-term plans for future capacity are 120-150 GW by 2030.

Nuclear power in the United Kingdom generates 20% of the country’s electricity, as of 2020.The UK has 15 operational nuclear reactors at seven locations (14 advanced gas-cooled reactors (AGR) and one pressurized water reactor (PWR)), as well as nuclear reprocessing plants at Sellafield and the Tails Management Facility (TMF) operated by Urenco in Capenhurst.

The United Kingdom established the world’s first civil nuclear programme, opening a nuclear power station, Calder Hall at Windscale, England, in 1956. At the peak in 1997, 26% of the nation’s electricity was generated from nuclear power. Since then several reactors have closed and by 2012 the share had declined to 19%.The older AGR reactors have been life-extended, and further life-extensions across the AGR fleet are likely.

In October 2010 the British Government gave permission for private suppliers to construct up to eight new nuclear power plants. The Scottish Government, with the backing of the Scottish Parliament, has stated that no new nuclear power stations will be constructed in Scotland.[7][8] In March 2012, E.ON UK and RWE npower announced they would be pulling out of developing new nuclear power plants, placing the future of nuclear power in the UK in doubt.[9] Despite this, EDF Energy is still planning to build four new reactors at two sites, with public consultation completed and initial groundwork beginning on the first two reactors, sited at Hinkley Point in Somerset.

PAEC’s Parvez Butt, a nuclear engineer, was project-director. The KANUPP began its operations in 1972, and it was inaugurated by President Zulfikar Ali Bhutto and Munir Ahmad Khan as PAEC chairman.[12] The KANUPP which is under international safeguards is operated at reduced power. In 1969, France’s Commissariat à l’énergieatomique and United Kingdom’s British Nuclear Fuels plc (BNFL) contracted with PAEC to provide plutonium and nuclear reprocessing plants in Pakistan. Per the agreement, the PAEC engineers were the lead designers of the power plants and nuclear-reprocessing facilities. While the BNFL and CEA provided the funds, technical assistance, and nuclear materials. The work on projects did not start until 1972, and as a result of India’s Operation Smiling Buddha — a surprise nuclear test in 1974 — the BNFL cancelled the projects with PAEC.[citation needed] In 1974, PARR-II Reactor were commissioned, and its project directors were Munir Ahmad Khan and Hafeez Qureshi. The PARR-II is an indigenous reactor that was built under the auspices of PAEC’s engineers and scientists.

In October 2010, India drew up a plan to reach a nuclear power capacity of 63 GW in 2032. However, following the 2011 Fukushima nuclear disaster there have been numerous anti-nuclear protests at proposed nuclear power plant sites. There have been mass protests against the Jaitapur Nuclear Power Project in Maharashtra and the Kudankulam Nuclear Power Plant in Tamil Nadu, and a proposed large nuclear power plant near Haripur was refused permission by the Government of West Bengal. A Public Interest Litigation (PIL) has also been filed against the government’s civil nuclear programme at the Supreme Court.

Historically, the topic of constructing nuclear power plants in Israel has occasionally been brought up for discussion among Israeli government circles.

On 26 August 1958, then Israeli Finance Minister Levi Eshkol announced the government’s intention to build a nuclear power plant. Over the next three decades talks were held with various American administrations to help advance this effort but none came to fruition.

As a result of the nuclear power emergencies at Japan’s Fukushima I Nuclear Power Plant, Prime Minister Benjamin Netanyahu said on March 17, 2011, “I don’t think we’re going to pursue civil nuclear energy in the coming years.”

As of November 2015, the Ministry of National Infrastructure, Energy and Water Resources is considering nuclear power in order to reduce greenhouse gas emissions 25% by 2030.

In 1994, North Korea signed the U.S.-North Korea Agreed Framework with the United States. North Korea thereby agreed to end its graphite-moderated nuclear reactor program, including the construction of a 200 MWe power reactor at Taechon, in exchange for the construction of two 1000-MWe light-water reactors at Kumho, to be known as the Sinpo Nuclear Power Plant. Construction of these was started in 2000 by the Korean Peninsula Energy Development Organization, but was suspended in November 2003. Under the Six-Party Talks held on 19 September 2005, North Korea pledged to end all its nuclear programs and return to the Nuclear Non-Proliferation Treaty, submitting to international inspections in return for benefits including energy aid and normalization of relations with Japan and the United States.

An empty machine shop in the then-disabled fuel fabrication facility at Yongbyon in 2008.
On 25 June 2008, it was announced that North Korea was to end its nuclear program; its nuclear declaration was to be handed over to China in Beijing on 26 June 2008. The nuclear devices that North Korea already had, however, were to be handed over at a later date. Earlier, on 23 June, North Korea stated that it had begun to dismantle its nuclear program and declared that it would turn over all of its plans to the international community.[10]

In 2009, Siegfried Hecker, the co-director of the Stanford University Center for International Security and Cooperation, said that “prior to its April rocket launch, North Korea had discharged approximately 6,100 of the 8,000 fuel rods from its 5-megawatt reactor to the cooling pool, but disablement slowed to a crawl of 15 fuel rods per week, dragging out the projected completion of fuel unloading well into 2011. “

Despite these apparent shutdown efforts, North Korea’s nuclear tests in 2006, 2009 and 2013 have called into question its denuclearization commitment.[2] In April 2013, amid rising tensions with the West, North Korea stated that it would restart the mothballed Yongbyon facility and resume production of weapons-grade plutonium.

On 7 July 2018, U.S. Secretary of State Mike Pompeo, Japanese Foreign Minister Taro Kono and South Korean Foreign Minister Kang Kyung Wha met in Tokyo where they reaffirmed their unity in urging North Korea to denuclearize as promised. The ministers stressed the need to call on North Korea to take concrete steps toward denuclearization and to keep existing U.N. economic sanctions in place.