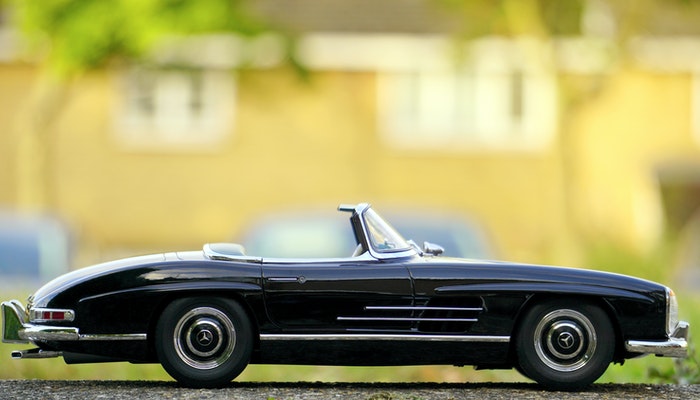 From Porsche to Volkswagen everybody has dreamt of owning a car one day. But, if you’re a true car enthusiast you would also like to know about the car logos. Creativity, sharpness, and finesse are a must to design a car logo because it is but the logo of the car defines what a car represents. Adding subtle hints in the car logo to define the car brand is what makes both the car and the logo memorable and enduring. It is a necessity that the car logo is easily recognizable and eye-catching because that is what gains a customer’s attention and trust. Here are the top 20 car brand logos that truly define elegance, speed, power, simplicity, and excellence. 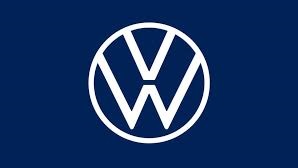 Volkswagen shortened to VW is a brand of Germany which was founded in the year 1937 by the German Labor Front under Adolf Hitler. In 2019, Volkswagen unveiled a new car logo. It is truly said that “simple is better” and following this mantra, Volkswagen’s new logo is a minimalistic take on the classical logo yet is still a modern and refreshed design that has caught everyone’s eye which allows for more versatility and flexibility. The logo apart from the original blue and white colors now also has deep blue undertones as a part of its marketing strategy and the new logo was redesigned in a way such that it also functions on small scales like smart watches or phones. Apart from this, the new logo is reduced to essential elements which now presents as flat and two-dimensional. 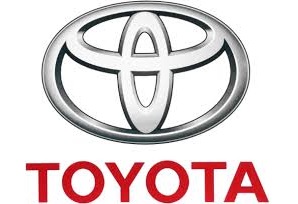 Toyota is a Japanese Automotive Multinational manufacturer founded in 1937 by Kiichiro Toyoda. One of the top car brands Toyota’s logo has three ovals that are combined in a horizontally symmetrical configuration. The logo truly appeals to the target audience because the two ovals lined up inside the larger oval represent the heart of the customers and the company. The overlapping of the two ovals also symbolizes the first letter of the car brand i.e. the letter T. The new logo ensures that the brand’s design would be well accepted in the international markets. One of the unique features of the logo is that it is the same when viewed normally and inversely.

The Ford Motor company popularly known as ‘ford’ was found in 1903 by Henry Ford. It is an American Multinational which headquarters in Dearborn Michigan. As of 2019, Ford is the third-largest American car manufacturer brand and one of the largest in the world. The brand’s logo is a flattened oval figure designed in several shades of blue and white. Henry Ford’s famous and stylish signature is embedded in the middle of the oval. The blue color of the logo represents strength, excellence, and grace whereas, the white color depicts nobility, elegance, and purity. The logo checks the trendy aesthetic box of a super flat ultra-minimalist style. 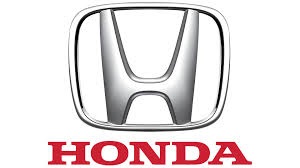 Found in 1948 by Soichiro Honda and Takeo Fujisawa Honda became the sixth-largest automobile manufacturer in the world. Honda was the first-ever automobile manufacturer to launch a luxury car brand in 1986. The brand’s logo is a large ‘H’ symbolizing the first letter of the brand. The capital ‘H’ is broader at the top and narrower at the bottom. The logo also depicts the slogan of the brand “The power of dreams” as the letter ‘H’ is such as if it is raising its arms in the sky. The logo represents quality, durability, and confidence. 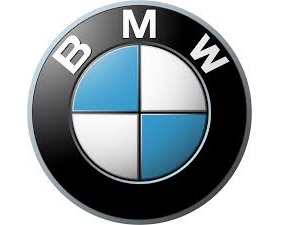 BMW short for Bayerische Motoren Werke was found in 1916 by Karl Rapp, Camillo Castiglioni, and Franz Josef Popp. BMW is a German brand that mini-cars and Rolls-Royce motor cars. The company has redesigned its logo five times since its introduction. The blue and white colors of the brand’s logo symbolize the Bavarian flag colors and represent the company’s origin. The logo is also said to be inspired by the circular design of an aircraft’s rotating propeller.

Nissan is another Japanese automobile manufacturing brand found in 1933 by Masujiro Hashimoto. The logo acquires gradient shades of silver and grey. The chrome-colored theme of the logo represents sophistication, modernism, creativity, and perfection and perfectly depicts the slogan of the brand i.e. “Innovation that excites”. The Nissan logos is amongst the most famous and instantly recognizable car logos in the world. The new steel-blue logo was unveiled in 2013.

Found in 1967 Hyundai are South Korea’s largest car-makers and the world’s seventh-largest car makers. The logo of the car company is a simple tilted letter ‘H’ inserted in an oval which represents two human figures, one of the company’s and the other one of the customers united in a handshake. The logo creates a friendly image and is easy to recognize. The blue color of the logo appeals to the target audience. 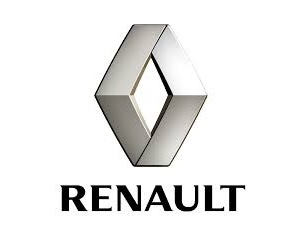 Found by Louis Renault, Marcel Renault, and Fernand Renault in 1899 Renault is a car manufacturing brand of France. It is the eleventh biggest automaker in the world. Earlier the logo of Renault was a silver color badge in a yellow-colored square box symbolizing creativity and sophistication. However, in the newer version, the diamond logo has been redesigned and the badge has been freed from the yellow box. The brand logo is now bigger, better, and gives a more appealing impression of the brand quality. The logo also has RENAULT written in it improving the legibility, which is an important factor in the new markets.

Kia was founded in 1944 and is a South Korean company. Kia is headquartered in Seoul and is South Korea’s second-largest automobile manufacturers. The current logo of the brand is very simplistic yet modern. The logo features the brand’s name placed on a red background, embedded in a silver oval. The letter ‘A’ in the logo, however, misses the horizontal line. 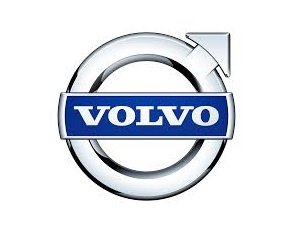 Volvo is a Swedish luxury car corporation established in 1927, headquartered in Gothenburg, Sweden founded by Gustav Larson and Assar Gabrielsson. The logo of the car brand is an ancient chemistry sign for iron which symbolizes the strength of iron used in manufacturing the car. The blue color of the logo depicts the excellence and reliability of the brand whereas, the silver in the logo depicts sophistication and creativity.

Found in 1945 by J.R.D Tata with its headquarters in Mumbai, Maharashtra Tata is an Indian car manufacturing brand. The logo of the brand traces back to Indica car brand and incorporates a straight ‘T’ in a silver ring. The logo symbolizes adaptability and fluidity. The blue color in the logo represents reliability, strength, and excellence.

Suzuki is a Japanese car manufacturing company found in 1909 by Michio Suzuki. The brand’s logo comprises of a stylized letter ‘S’ with the name Suzuki next to it. The logo is simple, clean, and consistent yet, appealing to the target market. It is considered to be one of the most easily recognizable logos and the most memorable one.

Mazda was found in 1920 by Jujiro Matsuda and is another Japanese brand. The logo of Mazda includes wings that represent “its ability to soar to new heights”. The wings also symbolize the letter ‘M’ which is the first letter of the brand name. The logo represents flexibility, vitality, creativity, and passion.

Subaru was found in 1953 by Kenji Kita. It is a Japanese automobile manufacturing brand and a conglomerate of Fuji Heavy Industries. The logo represents the Pleiades stars in the constellation of Taurus. The blue stars are organized inside a dark blue background standing for space or night sky.

It is impossible to talk about anything remotely related to car brands and not talk about Porsche. Porsche was found in 1931 by Ferdinand Porsche with its headquarters in Germany. The logo of Porsche has a horse taken from Stuttgart’s coat of arms and represents a stud farm. The logo pays homage to Stuttgart where the headquarters are located. The logo is a symbol of wealth, status, and car performance. The Porsche logo is indeed one of the most enduring car logos. 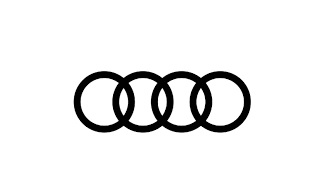 Audi was founded in 1909 and is a German car brand. The Audi logo has four silver rings that represent the amalgamation of four individual automobile brands i.e. Audi, DKW, Horch, and Wanderer. However, later the design became famous for symbolizing “harmonious interaction for the benefit of the consumer”. The shape of the logo perfectly complements the radiator grille. The logo indeed is one of the most memorable car logos all over the world.

Mercedes Benz was created by Gottlieb Daimler and Karl Benz. The logo of Mercedes Benz is a silver circle with a three-pointed star in the middle. The logo represents the strength and prevalence of Daimler engines on land, in the sea, and in the air. Apart from the star in the middle, the logo has a thick circular border with detailing around the edges. 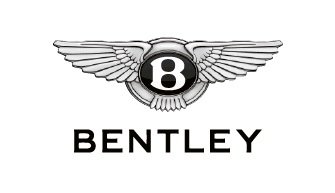 Bentley is a British luxury car brand found in 1919 by W.O. Bentley. It is a subsidiary of Volkswagen AG. The Bentley logo consists of a “Big B” emblem with two flying wings symbolizing Bentley’s oblique. Among these two wings is a circle containing the initials of Bentley. The classical logo is very similar to the pristine occult symbol showing the winged solar disc. The logo consists of two main colors i.e. hues of black and white with a little silver. The colors of the logo define purity, charm, and elegance.

Jaguar is a brand of the UK and was found in 1935 by William Lyons and William Walmsley. The brand logo is designed with silver, metallic grey, and black coloring consisting of a leaping Jaguar (trunk emblem). The leaping Jaguar is said to be the spirit animal of the car manufacturer. The leaping Jaguar represents elegance, strength, precision, and power. 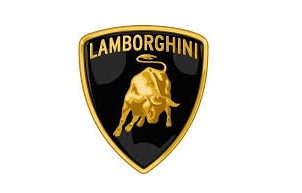 Founded by Ferruccio Lamborghini in 1963 is an Italian luxury car brand. The Lamborghini logo is in the shape of a shield. This shield has a black background and a golden outline. In between the shield is the image of a bull in golden and above the image is the name, Lamborghini. The bull in the logo represents power, speed, and prestige. The logo is symbolic of power, beauty, wealth, and status.

So, which one was your favorite? This simplistic and classical car logos are minimalistic yet, are truly appalling to a customer. The amazing designs and what these logos represent truly define a lot about the car and also says a lot about the car manufacturer.