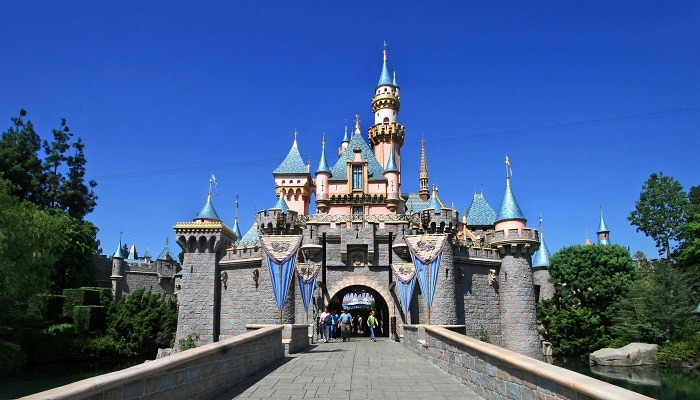 Theme parks attract thousands of adventures annually. They amuse the visitors with some thrilling rides, unique games and some other events. Although there are a lot of theme park destinations all around the world, have you ever wondered which of them are the biggest? Well, we’ll tell you about that.

Our tenth choice is the Legoland theme park in Malaysia. It is constructed on a vast area, offering a fabulous day out for families.The Legoland Theme Park attracts both the kids and adults, offering around seventy breathtaking rides, and water slides. Legoland theme park is connected to a lively Lego-themed resort, which comes with comprehensive dining options, outdoor pools, and playgrounds for children.

There is also a beautiful Mini-land, having various Asian landmarks recreated using over 30 million Lego bricks – a perfect place for unforgettable snaps with your loved ones. The park also includes many roller coasters rides and a workshop where young engineers can test their creativity at making their own Lego robots. Legoland Theme Park is a destination worth visiting and to spend some quality time with your folks.

The Hong Kong Ocean Park is a grand theme park in Hong Kong, offering thrilling experiences to adventure lovers. It is built on a high hill and encircled by the sea from three sides. Ocean Park is equipped with the largest ocean aquarium in the Southeast Asian region, the most popular attraction in the park. There is a cable car, which is a popular means of transportation in Ocean Park. You can travel in the cable car up to the hill and experience the astonishing sea view from the top.

Along the way, you can also relish the enchanting landscape of the southern district of Hong Kong island. You will be thrilled to experience the incredible ventures of this amazing theme park. Ocean Park also offers an amazing sea lion and dolphin performance. This performance venue has a unique environment as it faces the sea and is backed by the mountains. Ocean Park was picked as one of the world’s best amusement parks by Forbes.

Discovery Cove Orlando is a must-visit theme park for adventure lovers. This is one of the rarest amusement destinations in the United States that gives you an interactive experience with aquatic mammals, and with reservations required and limited capacity, it’s one of the most exclusive theme parks in the country. The most famous attraction of Discovery Cove is the Dolphin Lagoon, which sets on 30-minute short group sessions with the dolphins, providing you with the opportunity to swim and get up-close with the tender creatures.

There is also a Freshwater Oasis area which offers another incredible experience, with animals like marmosets and otters. To add to the beauty of this amazing theme park, there is Wind-Away River which is a slow-flowing river passing by landscaped woods, waterfalls and caves. Nearly every adventure here involves going through the water, therefore don’t forget to bring your swimming outfits to get the best of this amazing theme park.

In addition, the Mystic Point and the Grizzly Gulch are unparalleled worldwide! The Grizzly Gulch is a splendid traditional western town where you can explore the accomplishments of the gold mining prospectors. The innovative “Grizzly Mountain Runaway Mine Cars” will swiftly race ahead, and take a close round, accompanying visitors on a mountain-crossing adventure. The must-do activities in the Hong Kong Disneyland include experiencing the amazing festival of the Lion King and the adventures of Winnie the Pooh. For all the hardcore Disney movie fans, a visit to Hong Kong Disneyland is like a dream becoming true.

Paris Disneyland is the very first Disneyland inaugurated in Europe. It offers you an incredible experience that you will never forget. Captivating traditional French characteristics can be witnessed in the design of the streets, castles, and illustrations. Even the gardens of the park are blended with local French features, devising a rich essence of the traditional European court. Paris Disneyland is further divided into two grand parks with distinct themes fitted to them: The Disneyland Park and the Walt Disney Studio Park. The latter uses movie scenes as a background design.

It also runs the “behind the scenes” production of various animated Disney movies. The must to do activities in Paris Disneyland are the Star Tours, Space mission two, and the RC Racer. These breathtaking activities are admired by those who have visited this fantastic theme park. Even you will admire it once you visit this incredible park.

Universal Studios Hollywood is a recreation park based on the theme of famous Hollywood movies. It is established in an amazing location in the city of Los Angeles, California.

You can start a trek to this marvellous theme park with a tourist car where you embark on an adventurous trip. During your journey, you will confront several accidents, including the great earthquake, an encounter with King Kong, a collision with the giant White Shark, allowing you to endure some thrilling scenes from blockbuster movies by Universal Studios.

This park also offers you the world’s most elegant live water and explosive performances, which you might not find anywhere else. You will also enjoy several other performances that will blow your mind.

Universal Studios Japan is a little distinctive from other Universal Studios as it offers many unique experiences, such as the Minions and the adventures of Harry Potter. This theme park is not limited to these only; the owners have announced that they will proceed to initiate various other activities as well. Universal Studios Japan offers celebration parades as well throughout Japanese holidays, making you aware of the Japanese culture. The most famous and unique adventure of this park is the Wizarding World of Harry Potter. The entertainment ventures here include “Harry Potter and the Forbidden Journey” which delivers to you ultra-real insights into JK Rowling’s mind. You will experience the magic of high-level technology and be impressed by the movie-like action.

Other activities in this incredible park include the adventures of the Amazing Spider-Man, Monster Hunter, and Jurassic Park.

Sea World is one of the most successful theme parks in operation in Gold Coast, Australia. It is not solely a theme park but also an aquatic animal park, and an oceanarium. Sea World offers a variety of rides, animal exhibitions and other thrilling activities. There is also a theme zone named the Nickelodeon Land that consists of many rides specially designed for children.

To further please the visitors, Sea World features a Jet Stunt Extreme show which is a live jet-ski stunt show. Besides this, there are many marine attractions as well, including the Dolphin Nursery Pool, Penguin Point, Seal Harbor, and the Polar Bear Shores. The adventures that Sea World offers are not to be missed by any chance. If you are planning to visit Australia, you must add this remarkable theme park in your travel list for an amazing experience.

Universal Studios Singapore is located at Resorts World Sentosa, and it has most of the adventures tailor-made for Singapore. Popular activities in this theme park include the Battlestar Galactica, the Revenge of the Mummy, Transformers the Ride: The Ultimate 3D Battle, and the fantastic Water World. Battlestar Galactica is the most appealing venture. Even if you just stand nearby and see others getting a ride, you will sense the excitement and thrill of this amazing ride. Transformers the Ride:

The Ultimate 3D Battle is one of the famous rides in this park. It perfectly combines the 3D HD media with aviation technology. When you ride it with 3D glasses, it seems like you have entered the world of Transformers, taking part in the life and death strife between Optimus Prime and the Megatron.

At number one comes the California Disneyland, which is the first Disneyland to be built in the world. This Disneyland is distinguished as the only Disneyland to be made under the direction of Walter Disney himself. California Disneyland is regarded as the purest Disney amusement park in the world. It offers many adventures including Indiana Jones, California Screamin, Radiator Springs Racers, and Matterhorn Bobsleds. The Indiana Jones Adventure is the most liked activity in this park. It simply allows you to feel the mysterious adventures of the Indiana land.

Adventure Park is a vast park that blends the characteristics of California and is one of the most marvellous parks in the world. California Disneyland deserves to be in your travel bucket list.

Top Gaming Laptops That Are Budget-Friendly