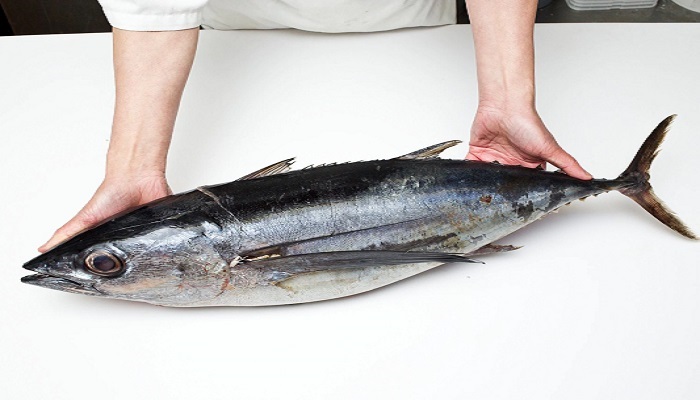 Canned tuna is a staple food found in kitchen cupboards and supermarkets around the world. But how many of us pay attention to what brand we’re choosing when buying canned tuna?

The answer is probably not many when you consider the fact that most of us tend to go for what we know. And in a way, this isn’t a bad thing because there are some very good brands out there. However, just like any other food product, some canned tuna is better than others. So, without further ado let’s dive in and explore the best can tuna brands: 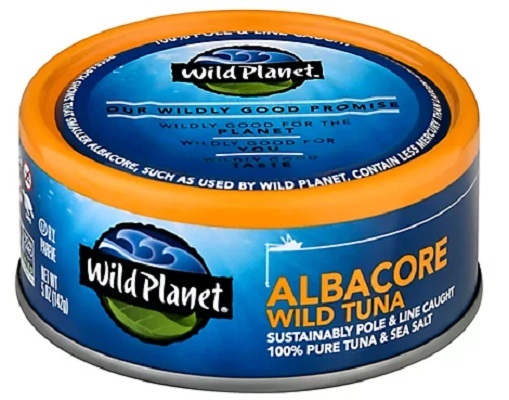 This brand is one of the newer ones on our list. It was created by a fisherman in 2004 and has been growing ever since. They have developed a strong fan base because of their commitment to sustainability, with all fish being caught using sustainable methods. The Wild Planet tuna is caught either pole or troll fished, which means it’s caught in a more sustainable manner than tuna that are caught on long lines.

Another thing that sets the brand apart is its commitment to quality. They have developed a proprietary canning process that preserves the freshness and flavor of their tuna for up to three years after it’s been canned. And, as an added bonus, the cans are also made from recycled materials. If you’re looking for a great canned tuna, and you want to feel good about what you’re eating, then Wild Planet is the one for you.

7. Chicken of the Sea 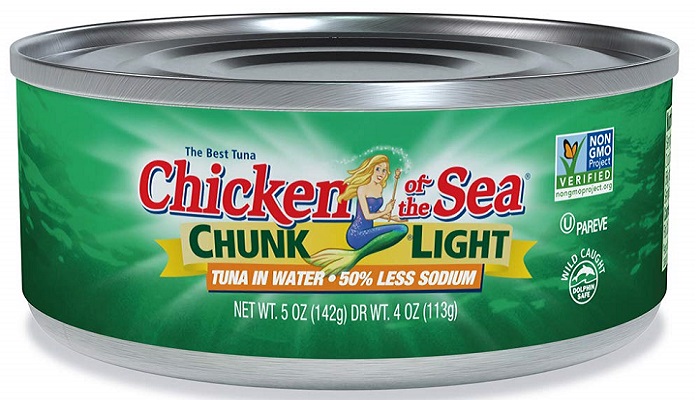 This is another brand that has been around for a long time, with their first cans of tuna being made in 1914. It’s been a while since their canning process was completely updated, but they continue to produce some of the best-canned tuna you’ll find. They also have a great lineup of different kinds of tuna, so if you don’t like chunk light tuna there are other types for you.

Chicken of the Sea is one of the first brands that comes to mind when most people think about canned tuna. 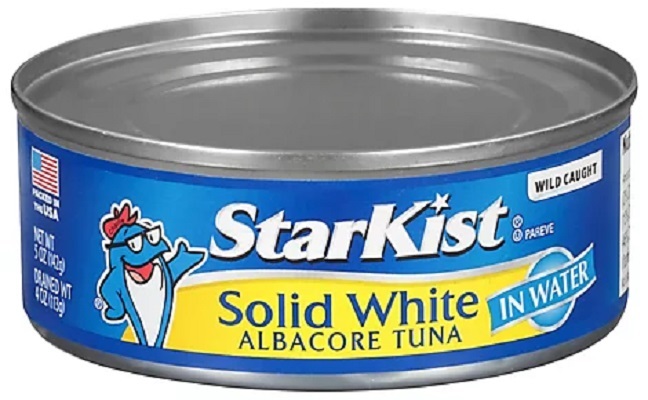 This is another brand that has been around for a long time, with their first can of tuna being produced in 1942. They are one of the largest brands on our list so they have quite the production line going. Another thing that makes them unique is that they use skipjack tuna, which is a type of tuna that produces more oil than bluefin or yellowfin. This means you get a better flavor and texture from their canned tuna.

The company has always had an eye for sustainability, and even way back when they were among the first to start tagging their fish so they could monitor their population and ensure it was sustainable. This is just one more reason why we believe their brand of canned tuna should be on your next shopping list. 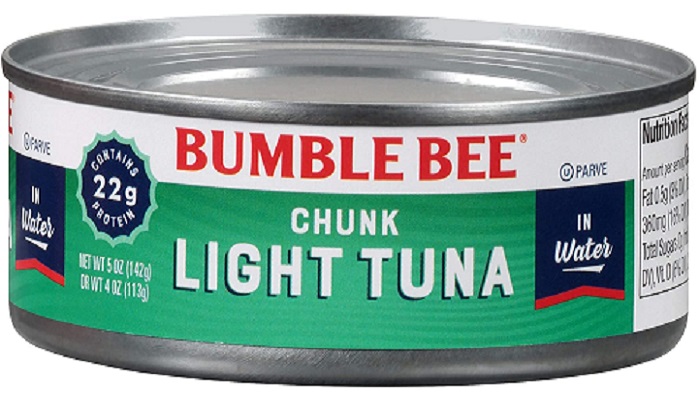 This is another company that has been around for a long time, with the brand first introduced in 1910. They are one of the larger brands on our list as well, which is why you’ll find their cans in just about every supermarket. They have a great lineup of different kinds of tuna, so if you don’t like chunk light there are other types for you.

The brand has always had an eye for sustainability and quality. They are the largest producer of canned tuna in America, and they have a long history of protecting their fish so that it remains sustainable. It’s easy to see why this brand has been around for 100 years. 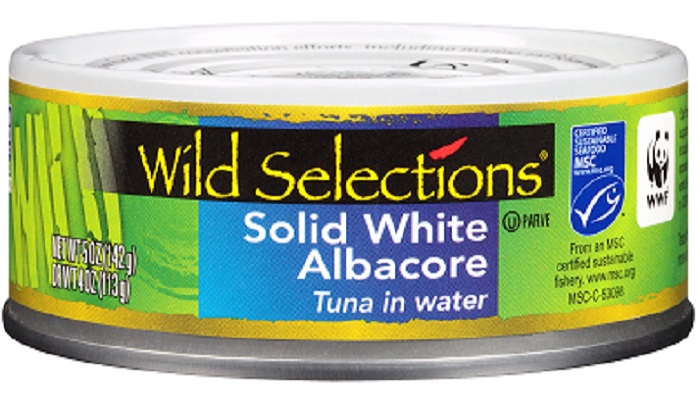 Like Wild Planet, this brand is a newer one on our list. They have quickly gained a reputation for using sustainable methods to catch tuna. Their canned tuna has received some pretty good reviews, but they’re still lacking that mass appeal we see with the other brands on our list. They’re also a little more expensive, but the added sustainability and quality that you get from their tuna is well worth it.

They’ve also made an effort to keep their canning process up-to-date so they aren’t leaching out any chemicals or preservatives into your food. If you’re looking for a new brand to try then we highly recommend giving Wild Selections a shot. 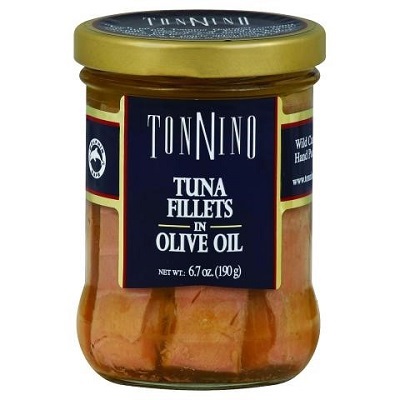 This is another brand that was founded relatively recently, with the first tuna being canned in 2007. They are also a smaller company which means they have a more limited supply available for purchase. While there aren’t as many of their cans out there, you will find them at most supermarkets in your area. They’ve also been getting some great reviews from consumers so we’re considering their canned tuna to be one of the best.

The brand has a pretty unique story behind it. They were founded by two brothers who saw an opportunity in the market for a healthier, more sustainable brand of canned tuna that was available over-the-counter. They’ve made a name for themselves since then and are definitely worth checking out. 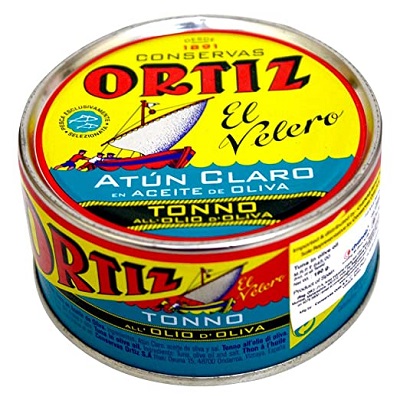 This brand was founded in 1891 with the first cans being produced not long after. They are another large company which is why you see their cans in pretty much every supermarket. They have a great lineup of different kinds of tuna, so if you don’t like chunk light there are other types for you.

The Ortiz brand has been around for over 100 years and they continue to produce some high-quality canned tuna for consumers to enjoy. 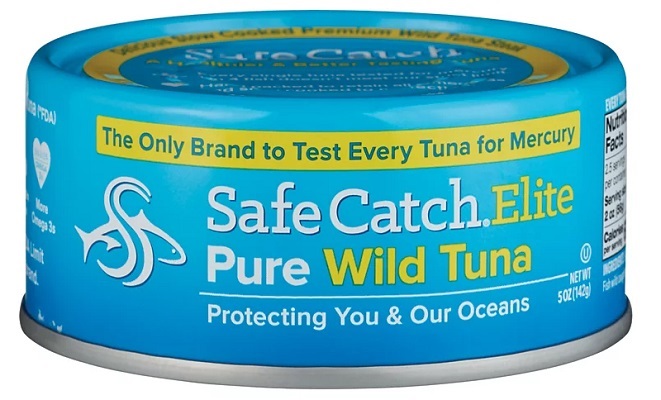 This brand is one of the newer ones on our list. They were founded in 2014, and have developed a large fan base since then. Their canned tuna is sourced from sustainable fisheries, meaning you’re getting a high-quality product without damaging the environment. They’ve also been getting great reviews from consumers so we’d say they deserve their number 1 spot.

The Safe Catch company has been a long time coming, but it was well worth the wait. They are committed to sustainability and quality, which makes for some of the best-canned tuna on the market.

We hope you enjoyed our list of the best-canned tuna brands. If you pick up a few cans from this list we’re sure your taste buds will be happy. If you have any questions, comments, or concerns please feel free to leave them in the comment section below. Thanks for reading.