People are Immigrating to Ireland to Build a New, Better Life

The Best Brands of Quilt 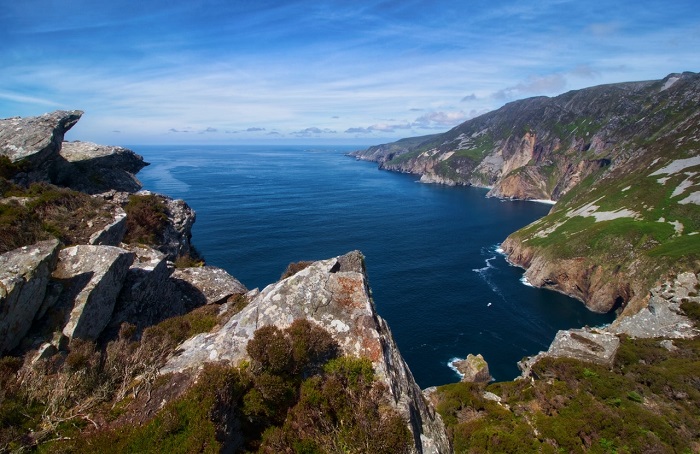 There are numerous people across the world, including expats in Ireland hoping to become an Irish citizen. According to the Human Development Index (HDI), Ireland is one of the best places to live in the world. The aspects that are taken into account to determine Ireland’s prominence as one of the worlds best places to reside include; their education system and quality of life.

However, as one of the most desirable places to live, there is a process that must be adhered to gain citizenship in Ireland. To assist you in filling out an Irish citizenship application, contacting an experienced immigration lawyer is advised.

If you enjoy being outdoors, Ireland has many, many natural treasures for you to unearth. Making it an incredibly popular area for campers and hikers.

From breathtaking coastlines to beautiful mountains, there are numerous trails and plenty of national parks to explore. The Wicklow Mountains in Glendalough Valley and one of Ireland’s newest national parks the Wild Nephin Ballycroy are just a few of many places you can visit. In Ireland, you’ll have plenty of opportunities to get some fresh air and do some walking among magnificent scenery.

Ireland is steeped in history and culture, in the arts, literature, and folklore. Even though Ireland is relatively small in comparison to other countries, it has made a distinguished literary contribution to the world. With literary works from well-known people such as Bram Stoker, Oscar Wilde and Jonathan Swift.

In terms of folklore, the mischievous leprechaun, dressed in emerald green, allegedly hides a magical pot of gold at the end of the rainbow. However, there are much deeper folklore tales to behold and appreciate as part of Ireland’s culture, such as the stories of Fionn mac Cumhaill, the hunter-warrior from Irish mythology.

Ireland offers its citizens free education for children aged between 3 and four years old for one year. Following preschool, the children move into primary school and then secondary education.

The Irish education system from preschool to university is highly valued in the EU, for its excellent quality. Moreover, as per the Free Fees Initiative proposed by the Higher Education Authority, providing the specification is met, young adults, can study at the University of Ireland for free!

Becoming a citizen in Ireland allows you free passage across the EU. Meaning, when the urge within you desires to travel, you have the entirety of the EU, and the UK to explore. The UK, for example, is only a short flight away, no more than 40 minutes or so.

One of the most adored aspects of Ireland is the abundance of pubs you can visit and meet your loved ones and locals at. The pubs vary from traditional to modern. Often hosting great music, hearty food and plenty of people socializing and enjoying each other’s company. Sometimes over a typical pint of Irish beer, Guinness.

The above highlights just a few aspects of why Ireland is the perfect place to begin building a new life. Life in Ireland moves at its own pace, and always makes way for family, friends, fun, and of course, the great outdoors. If you’re seeking permanent residence in Ireland after years of living in the country. Or you’re eager to immigrate from a different country, get in touch with an immigration lawyer to get your plans in motion.

How to Map your Bedroom with Feng Shui?

How to Guard Against Bad Economic Outlooks and Retrenchment