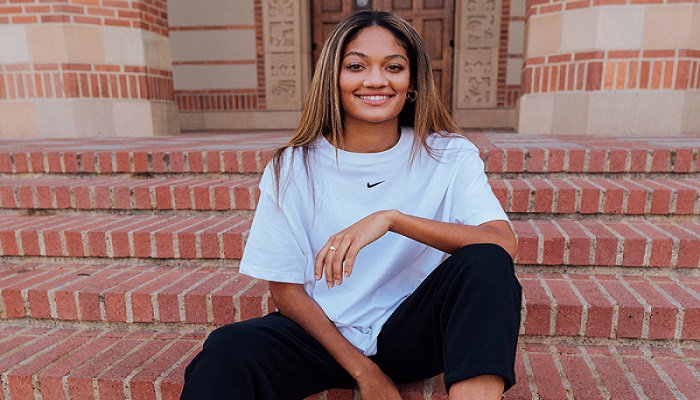 Nike has always been honored to partner with athletes who share its belief that sport can break barriers, push limits, spark change and contribute to creating a more equitable future. Now, Nike’s U.S.–based partnerships include college student-athletes, beginning with Reilyn Turner.

Turner, a sophomore forward on the UCLA women’s soccer team, is last year’s Pac-12 Freshman of the Year and a top scorer for the Bruins, finishing this season with 10 goals, including a hat trick in September. Her skills on the field are matched by her passion to give back off the pitch. Turner acknowledges the doors that soccer has opened for her, and she wants to give those same opportunities to local girls and boys, helping them get active, pursue their dreams and reach their highest potential. That’s Nike’s mission too. As part of Turner’s sponsorship, Nike and Turner will team up to work with Los Angeles–based community partners.

“As a Black woman and Mexican American, I think about those who have paved the way for me and how they used their platforms to create so much change, even beyond sport,” says Turner. “I hope to be a role model for those around me and those after me, and I’m so excited to be a part of what Nike is bringing to the future of women’s sport.”

Nike’s agreements with college student-athletes in the United States will include an element that connects back to their local communities. Because the impact of sport goes beyond competition and success — it’s also about the changes you can make to give everyone an opportunity for a more level playing field. Or, as Turner puts it, “Whether it’s the community you grow up with or the community you grow into, there’s so much positive impact that can come from how they influence you and how you influence them.”

Made.Com – We Are Different By Design