Is Biden the Change the Online Gambling Industry Was Looking For? 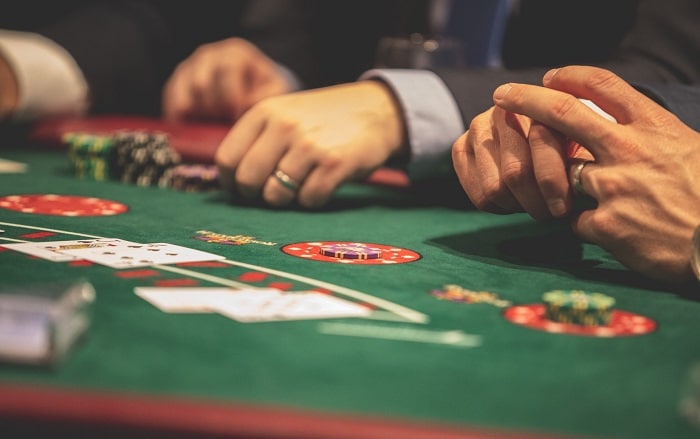 The gambling industry has always been a key player in the economy with the rise of iGaming pushing its value even higher. Despite the growth of the entire gambling sector, thanks to differences in policy around the world, online gambling has not been allowed to expand at the rate many expected it to. This is particularly true in countries like the US, which have restrictions on a number of aspects of online gambling. However, as a world leader with a major influence on global policy, changes in the administration of the trend-setting US could help pave the way for a new era of online gambling, which could see a whole new range of opportunities open up for online casinos and betting houses around the world.

Before we look at what these changes could mean we need to explore what the gambling laws regulate in the US, what impact the Trump administration has had on the industry so far, as well as what stance Biden has historically taken concerning gambling in the US.

Gambling in the US

While gambling is legal under US federal law, there are several restrictions in place that regulate the practice. Most of these restrictions have to do with the financial side of the industry, targeting online real money casinos as well as sites that offer bettors the chance to place wagers on sports events. The Unlawful Internet Gambling Enforcement Act of 2006 was one piece of legislation that sought to prohibit any financial transactions related to gambling service providers, ultimately stifling the legal online real money gambling scene in the US for a time.

While this law impacted many online casinos based in the US, the online gaming industry has continued to boom and fans of casino games have access to a huge range of games online that are run out of countries that do allow real money gambling. For example, online gamers from all corners of the world can get a taste of the thrill of online gaming for real money with hugely popular online slots at Slots Heaven, who have a massive selection of video slot games and more. Online casino sites based in the UK and Canada are accessible to US players.

Biden in Support of the Gaming Industry

Another key player in the legalization of gambling in the US comes in the form of the Federal Wire Act. It was a change to this piece of legislation in 2011 that ultimately saw the online gambling industry take off in the country.

In 2011, while Joe Biden was vice president, it was determined that the act only covered sports-related gambling activity, which meant that other online gambling industries, such as the online poker scene, would not be regulated under the Wire Act. This helped to pave the way for the online gambling industry in the US, until Trump stepped in and walked back the change in 2018.

Trump and Changes to the Wire Act

In a move that threatened to derail the online gambling industry in the country, in 2019, the US Department of Justice walked back the 2011 decision that said the federal Wire Act only applied to sports betting, thus once more including any form of gambling that crosses state lines, including online lottery and online gambling, in the act. This decision, which was made with Trump’s support, had major implications for several states who had already embraced legal online gambling as a source of revenue and resulted in several lawsuits that are still ongoing.

Biden in Support of the Gaming Industry

Fortunately for gamblers, these changes to the Wire Act may not be permanent as Biden has previously stated that he “doesn’t support adding unnecessary restrictions to the gaming industry”. He further clarified his stance on the Wire Act and its subsequent changes in a statement made during an event in Nevada in December.

With a new President in the White House, it is more than likely that the US will soon be under the care of a new attorney general. While it is unlikely that the new attorney general will give particular attention to gambling laws and restrictions, they would likely try to roll back some of the decisions made by the Trump administration, and this could include the amendment to the Wire Act. While this may not move legalization forward, it could result in the extraction of the federal government from the party and leave the matter to be settled by the states as individuals. This would be ideal for states such as New Hampshire, who are currently battling to hold onto the newfound tax revenue that was generated by the gambling industry before the amendment of the wire act.

While there is certainly evidence that Biden could help the online gambling industry reach new heights, only time will tell if the new president will put his words into action and bring about the changes that would be necessary to legalize online gambling across the US. Should this happen, however, it is expected that many other countries, including Canada, could be forced to rethink their stance on the matter.

This is good news for the already booming online gambling industry, which is estimated to be worth almost 59 billion USD in 2020.

Things to Consider if You Decided to Play at Online Casino