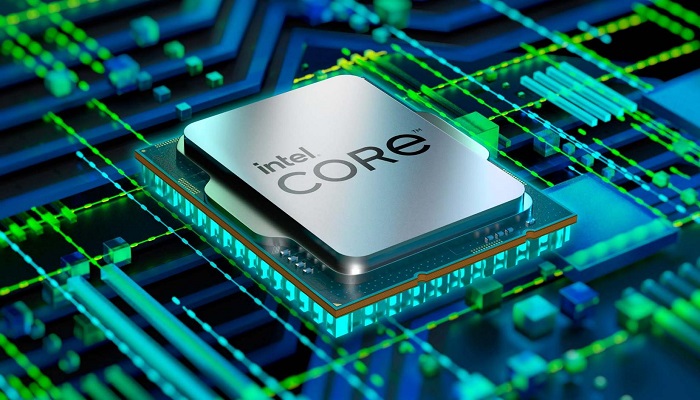 The full 12th Gen Intel Core family will include 60 processors, set to power more than 500 designs from a broad set of partners. As detailed during Intel Architecture Day 2021, the new performance hybrid architecture, the first built on Intel 7 process, delivers scalable performance from 9 to 125 watts to enable every PC segment from ultra-thin-and-light laptops to enthusiasts desktops and out to the edge.

“The performance hybrid architecture of 12th Gen Intel Core processors is an architectural shift made possible by close co-engineering of software and hardware that will deliver new levels of leadership performance for generations,” said Gregory Bryant, Intel executive vice president and general manager of the Client Computing Group. “This begins with the arrival of our flagship Core i9-12900K – the world’s best gaming processor – and you will see even more incredible experiences as we ship the rest of the 12th Gen family and beyond.”

Intel® Thread Director enables the two new core microarchitectures to work seamlessly together by guiding the operating system (OS) to place the right thread on the right core at the right time. Intel has worked with the ecosystem on extensive testing to optimize performance and compatibility, and as part of the company’s reinforced investments in the developer community, has published white papers for developers with guidance on how independent software vendors can optimize applications for performance hybrid platforms.

“We’re at the beginning of a new era for the PC led by the introduction of Windows 11,” said Panos Panay, executive vice president and chief product officer, Microsoft. “With Windows 11 and Intel’s new Thread Director technology, users will see their PC performance reach new heights on the new 12th Gen Intel Core family of processors.”

The World’s Best Gaming Processor: Available with up to 16 cores and 24 threads, the new 12th Gen Intel Core processor family includes the world’s best gaming processor, the Core i9-12900K, unleashing gaming experiences across top titles. The Core i9-12900K provides amazing gen-over-gen performance increases, including up to 25% more FPS on Troy: A Total War Saga, up to 28% more FPS on Hitman 3, and up to 23% more FPS on Far Cry 63. Enhanced by Intel® Killer™ Wi-Fi 6E for up to 75% less latency while gaming when multitasking4, high-frequency P-cores paired with E-cores for offloading parallel tasks enable up to 84% more frames per second for simultaneous gaming, streaming, and recording5.

A Leap in Content Creation Performance: Advancements in multi-threaded performance, the responsive performance of the P-cores and the ability to move data at incredible speeds with DDR5 enable leadership across all types of content creation experiences, including:

12th Gen Intel Core desktop processors empower people with the performance and industry-leading features for exceptional experiences across gaming, content, and play for today and tomorrow.

Alongside the 12th Gen Intel Core desktop processors, Intel is launching the new Intel 600 Series Chipset with advanced features for increased reliability and performance. New PCIe Gen 4.0 lanes make for 28 total lanes off the chipset, integrated USB 3.2 Gen 2×2 provides up to double the bandwidth, DMI Gen 4.0 increases the chipset to CPU throughput for fast access to peripheral devices and networking.

For the first time, Intel is bringing Intel® Volume Management Device (VMD) to PC chipsets to simplify storage control by allowing direct control and management of NVMe-based SSDs from the PCIe bus without additional RAID controllers or other hardware adaptors.

Unlocked 12th Gen Intel Core desktop processors are available now for pre-order from participating OEMs, channel partners, and retailers. Broad availability will start Nov. 4 with more than 140 customers in more than 30 countries expected to add the new processors to their lineups by the end of the year. Pricing starts at $264 to $589 for the unlocked desktop processors.

Intel expects to ship hundreds of thousands of 12th Gen Intel Core desktop “K” processors by end of year and more than 2 million by the end of March 2022. To enable the expanded offerings for desktop, mobile and commercial segments expected in early 2022, Intel is also shipping 28 of the processor SKUs in the 12th Gen Intel Core processor family to OEM partners.

Your costs and results may vary.

1 As measured by unique features and superior in-game benchmark mode performance (score or frames per second) on majority of the 31 game titles tested (as of Oct 1, 2021), including in comparison to AMD Ryzen 5950X. See www.intel.com/PerformanceIndex for additional details. Results may vary.

4 Performance varies by use, configuration and other factors. Learn more at www.Intel.com/PerformanceIndex. Performance results are based on testing as of dates shown in configurations and may not reflect all publicly available updates.

5 Up to 84% more FPS on Mount and Blade II: Bannerlord while Gaming, Streaming and Recording using OBS.

9 As measured by Adobe After Effects Pulse benchmark.

Intel (Nasdaq: INTC) is an industry leader, creating world-changing technology that enables global progress and enriches lives. Inspired by Moore’s Law, we continuously work to advance the design and manufacturing of semiconductors to help address our customers’ greatest challenges. By embedding intelligence in the cloud, network, edge and every kind of computing device, we unleash the potential of data to transform business and society for the better. To learn more about Intel’s innovations, go to newsroom.intel.com and intel.com.

How to Clean Install macOS 12 Monterey?