How American Brands Approached the US Election 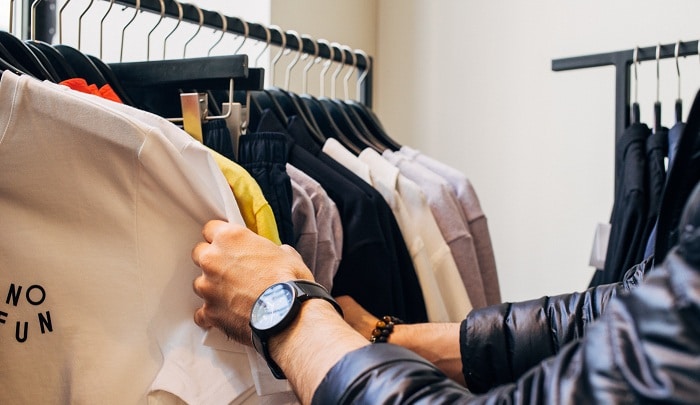 The propensity of brands to endorse political leaders and/or factions has long been considered controversial. Looking back through history, the status quo has always been to remain neutral, very much leaving politics to the politicians.

In recent years, however, this has begun to change, with consumers paying increased attention to the ethical and moral practices of businesses they buy from. Not only are their stances on societal constructs like sustainability and inclusivity judged in this all-important assessment of character, but, increasingly, their political leanings too.

This, of course, is not the case for all brands, with some preferring to toe the line and stay silent on the subject. However, among those who appeal to particular demographics, some form of endorsement is almost expected.

We take a look at some of the businesses who’ve been vocal about their views.

Politics reaches a fever-pitch where elections are concerned, especially those in the US, which are events of global significance. As those who follow political betting can attest, however, the result of the 2020 presidential race was considered to be a done deal early on, with Biden being the odds-on favorite throughout.

However, one brand unwilling to endorse one side over the other was GAP, which released a controversial tweet urging unity between factions. While this move sounds innocuous enough, social commentators were quick to react, critiquing the decision to use political division as a marketing opportunity.

GAP responded by deleting the mocked-up image from Twitter. Acknowledging its timing was off, it stated that its intention had been “to show the power of unity”, but that it was “too soon for this message.”

While GAP’s statement on political union fell short of the mark, one sector where taking a stance was more warmly received was the beauty industry, where endorsements were predominantly geared toward Biden’s election over Trump’s.

As we mentioned, Biden long stood as the pre-election favorite, the veracity of which was proven when he won the popular vote and became president-elect. Many beauty brands were gladdened to hear this, but we shouldn’t be surprised that they took such a seeming risk without first knowing the result.

Certainly, sharing opinions on progressive issues and ones that have a wider social and cultural impact has been a feature of 2020, with the Black Lives Matter movement providing an obvious example. Being called upon to practice what they preached, and to contribute to real and enduring change, many beauty brands made the unprecedented move of openly urging customers to vote for Biden and his running mate, Kamala Harris.

Prominent examples include Beauty Bakerie, which repeatedly voiced support for the Democrat candidate, and Biden Beauty, a makeup brand set up to sell pro-Biden products, which donated 100 percent of its proceeds to the Biden Victory Fund.

This trend was particularly prevalent among companies whose audiences are comprised primarily of younger voters, with said demographic expecting the enterprises they support to be authentic in their views on – and addressing of – wider societal issues.

It’s not only Biden who had businesses coming out in support of his campaign. Plenty of US companies either directly or indirectly supported President Trump, with Goya being one of the most vocal (and criticized).

Not only did the company’s CEO, Robert Unanue, visit Trump at the White House, but he described his presidency as a ‘true blessing’ for the American people – a move that caused condemnation from the wider Latin-American community and led to calls to boycott the brand.

These endorsements were not one-sided, with First Daughter Ivanka Trump committing a potential ethics violation when she tweeted a photo of herself holding Goya beans, captioned with the brand’s official tagline. In a similar show of support, Trump shared a photo of himself on Instagram, complete with numerous Goya products.

When it comes to endorsing a political candidate or cause, it’s fair to say that brands in 2020 risk falling foul of the public should they fail to read the room correctly. That being acknowledged, inaction can arguably prove just as costly, as GAP found to its detriment. What consumers really want, it seems, is for the businesses they support to take a stance – so long as it’s the right one. And the right one is, and has always been, a very tricky concept to nail down.

Related Topics:How American Brands
Up Next

Fastest Growing Places to Live in the U.S.