Does It Matter Who Files for Divorce First?

Top 10 Luxury Handbags In The World

DISCOVERY COVE -PARADISE WITH A PURPOSE 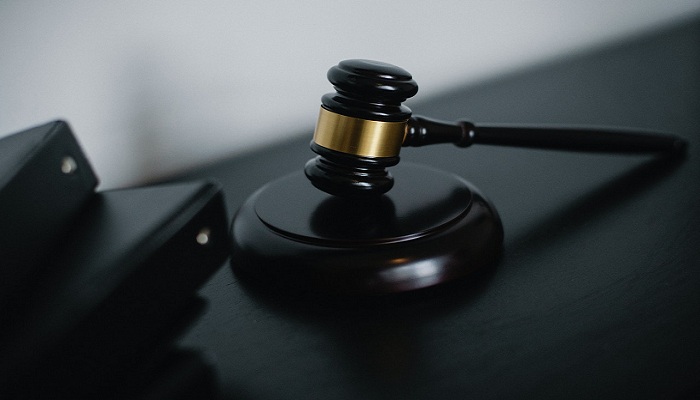 On the verge of divorce, some people may wonder if it is better to file for divorce first. In the end, the court must ensure the fair and equal treatment of both parties, so is there a difference?

Jamie Kurtz from Onlinedivorce.com, a divorce lawyer specializing in uncontested divorce cases, emphasizes that any advantages of filing for divorce first are relevant only when the spouses cannot reach an agreement. In an uncontested divorce, filing first does not make a difference, although formally, one of the spouses is still considered the plaintiff, and the other is called the defendant.

“An uncontested divorce allows ending the marriage quietly, with dignity, and avoiding stress,” says Jamie Kurtz. “Some couples, especially those who do not have kids, do not fully understand why they are supposed to be interested in an amicable procedure when they are not anxious about staying friends after a divorce. However, the benefits of an uncontested divorce are not limited by these emotional factors. An uncontested divorce reduces risks, and the spouses are really equal parties to the procedure. Thus, it does not matter who files for divorce, and in some states, people may even file jointly, as co-petitioners, saving time and minimizing paperwork.”

Thus, as for uncontested divorce, everything seems clear, and probably everyone who faces divorce would be happy to handle it quietly, peacefully, and without expecting the second spouse to act cunningly or with resentment. But what if the current situation is far from idyllic?

Law experts note that in a contested divorce, filing first means a little bit more than just the obligation to fill out divorce papers and pay a filing fee to start the court case. The filing spouse (called a plaintiff or petitioner) may have some slight advantages.

So, let’s consider these non-official but possible benefits of being the first party to file for divorce in more detail. Being prepared is half the battle.

Catching the second spouse off guard

In high-conflict cases, where spouses are not likely to reach an agreement and organize an uncontested divorce, a little more strategy may be required. Thus, the element of surprise may work in the plaintiff’s favor.

Applying for a divorce with the court before telling the spouse makes sense if the plaintiff has reason to believe that their husband or wife may hide some assets or property or transfer them to third parties, given enough time to do so. As the official date of separation usually matters a lot when it comes to property distribution, it is beneficial for the plaintiff to be the one who determines this date.

Besides, the plaintiff may just want to confuse their spouse, catch them off guard, and deprive them of enough time to thoroughly prepare for the process. All is fair in love and war. If the plaintiff supposes that things would get brutal anyway, he or she may want to make the first move to protect their interests.

Suppose the spouses live in different states and are qualified to file for divorce in both of them (i.e., they meet the residency requirements established by each state’s law). In that case, the plaintiff gets to decide in what state to start a divorce action.

Given that family law is state-specific in the USA, various matters relating to the separation are handled differently in different states. The spouse initiating a divorce may learn the available states’ rules and laws about the property division, child custody, spousal support, and other issues that seem significant for them and choose the state more beneficial in the particular situation.

For example, if the person wants to get sole custody of the child, it would be better to file in a state that does not have the presumption of joint custody.

Preparing for divorce with no rush

By filing for divorce first, the person manages their time independently, without being held hostage by time frames typically imposed for defendants in the dissolution process.

In a contested divorce, having enough time matters a lot, as there are so many things to do to be well-prepared for a divorce proceeding – both legally, financially, and mentally.

Foremost, a person should find the right divorce attorney, which requires some time. You should seek out reviews and recommendations and engage some specialists in an interview to make a final decision.

Besides the lawyer, the help of other experts may also be required. Depending on the case’s circumstances, the plaintiff may need to hire an appraiser for different asset categories, a tax professional, a forensic accountant, a child custody mediator or evaluator, a retirement plan expert, a therapist, and more. Filing for divorce first allows the person to check beforehand whether they have enough money to cover all these divorce expenses.

Secondly, even after hiring a lawyer, it still takes time to gather and complete all of the necessary paperwork.

And finally, the person filing for divorce first has a chance to get mentally and emotionally prepared for the procedure. Indeed, psychological stability and the ability to stay calm under pressure will come in handy during a contested dissolution proceeding.

It would be best for every person going through a divorce to organize their daily routine in a new way, making time for both legal issues and more pleasant things to stay sane during a divorce.

Getting first dibs on choosing a lawyer

The one who files for divorce first typically gets a head start in choosing an attorney.

The thing is, ethically, the attorney cannot represent the spouse of the person with whom they have already met for an initial consultation. So, in theory, the plaintiff can prevent their husband or wife from hiring the best local lawyers and make the whole process even more complicated for him or her.

However, Jamie Kurtz warns that this is a truly dirty trick and does not recommend that this approach be considered. “Fighting during a divorce process,” Jamie Kurtz says, “many people get carried away, get too personal, and forget the point. Meanwhile, the main goal of any judge responsible for issuing a divorce decree is a quick and equitable divorce settlement, and having qualified lawyers on both sides of the ring actually helps to reach it.”

Regardless of the state law’s peculiarities, each divorce in the USA starts with filing a divorce petition with the court. Although this document is also called the divorce complaint in some jurisdictions, its purpose is constant. Filing this form, the person informs the court of their decision to end the marriage and officially starts the divorce procedure.

Along with other information and allegations, the divorce petition typically contains the formal ground for divorce. Grounds for divorce are specific regulations determining the circumstances under which a person can get a divorce in a particular state.

In the USA, no-fault and fault grounds for divorce can be distinguished. No-fault grounds mean that the spouses have irreconcilable differences. They want to end the marriage, but neither party is blaming the other for the marital breakdown.

However, only 18 states (including Washington, DC) are pure no-fault divorce states. In most of the US states, the couples may allege either no-fault or fault-based ground for divorce. Fault-based grounds are determined by each state’s Code or Statutes separately. They usually include adultery, abandonment, cruel behavior, and other reasons that, unlike no-fault grounds, must be proved before the court to be considered valid.

Therefore, if, filing the petition, the plaintiff specifies a fault-based ground and then proves it before the court successfully, he or she is likely to “win” the game of divorce. Even though family law varies from state to state, marital misconduct typically adversely affects property division, distribution of spousal and child support, and in some cases, even child custody arrangements.