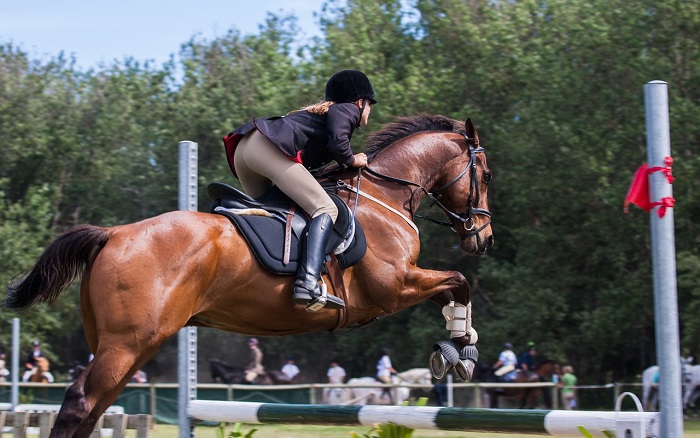 British horse racing was left reeling last week, as the financial impact of the Covid-19 pandemic forced two of the Cheltenham Festival’s major partners to cancel their sponsorship.

In 2012, Britain’s premier horse racing publication, the Racing Post announced they would be taking over sponsorship of the first Grade One for chasers at the 2021 Cheltenham Festival, the Arkle Challenge Trophy. Four year earlier, the RSA Insurance Group became the chief sponsor of the Grade One novices’ chase on Ladies’ Day at Cheltenham.

The Racing Post Arkle and the RSA Novices’ Chase are two of the most looked-forward to races on the British horse racing calendar. The news that both of these popular Grade Ones would be looking for new sponsors in 2021 was understandably greeted with great shock and sadness.

“I’d like to thank RSA and the Racing Post for the support they have shown for these two races and The Festival as a whole over so many years.” said the Jockey Club’s Regional Director, Ian Renton.

“It is understandable that a number of businesses are reassessing their future marketing and hospitality commitments in the current climate and, although we are naturally saddened to lose any longstanding partner, this provides a fantastic opportunity to become involved with a Grade 1 Novice Chase at The Festival.”

It’s not just race meetings that are feeling the pinch, as horse racing continues behind closed doors. Trainers and owners are starting to consider their future in the sport too.

A dispute between the Jockey Club and high-profile owners about the amount of prize money on offer in Britain has been raging for a number of years. Although the prize pots up for grabs for races like the Ebor Handicap and all of the five Classics have increased over the past decade, the general level of prize money in Britain still pales in comparison to the riches offered in countries like Australia, the United States and the Middle East.

Newmarket-based trainer, Ed Vaughan announced in the summer that he would be handing back his training licence at the end of the year. While he claims the Covid-19 pandemic is not the sole reason behind his departure from the sport, Vaughan stated the ongoing situation has made trainers and owners more aware of racing’s dwindling financial rewards.

“No-one could see the pandemic coming but I think it has made people look and realise that it’s a lot of money for very little sport.” Vaughan told the Racing Post when he revealed his decision to stop training.

“Even when you’re winning, you’re not actually winning. When the money is constantly going out of their accounts, even when they are winning, it just doesn’t make sense. I’ve had plenty of owners emphasise that of late.”

The longer racing is played out in front of empty stands, the more the prize pots across both codes will shrink, causing many of the sports leading owners to take their horses – and their bulging bank account – to richer climates.

A spokesman for the Jockey Club said during the recent Showcase Meeting at Cheltenham that discussions are ongoing to replace the Racing Post and RSA. Sadly, if horse racing continues to miss out on the revenue brought in by paying spectators, the list of benefactors willing to put money back into the sport will continue to diminish.

Is Korean Skincare Worth It?