BTMU signs a Memorandum of Understanding with Board of Investment Bangladesh

RoboForex Rewarded for the Best Investment Products in 2021 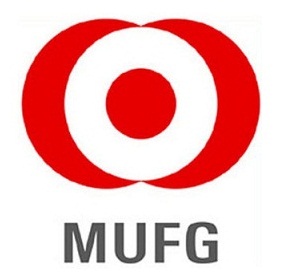 Tokyo, December 25, 2014 — The Bank of Tokyo-Mitsubishi UFJ, Ltd. (BTMU) (President: Nobuyuki Hirano) is pleased to announce that BTMU has entered into a Memorandum of Understanding (MOU) with Board of Investment of Bangladesh (BOI), with the purpose of developing collaborative efforts in promoting investments from Japan to Bangladesh. The MOU was signed on 24 December 2014 in Dhaka, Bangladesh.

BOI was established in 1989 as a division of the Prime Minister’s Office to promote private sector investment in Bangladesh. It has the authority to grant approvals and licenses, including visas and work permits, and also supports foreign enterprises by providing information on investment in Bangladesh and acting as a facilitation agency.

Bangladesh has a population of over 150 million and is the eighth most populous country in the world. In the past decade, Bangladesh has achieved an average annual GDP growth rate of 6%, led by its garment industry and other sectors. Correspondingly, investments by Japanese companies have also increased.

Besides investing into the traditionally strong garment industry, there are increased interests in investing into other manufacturing and logistics industries that cater to local market demands. The range of industries that Japanese investors could consider has become more diverse and increasingly infrastructure-related companies are also looking to Bangladesh for growth opportunities.

BTMU established its representative office at Dhaka in 1990 and is the only Japanese bank in Bangladesh, supporting its customers through local market research and intelligence. BTMU, together with BOI, aims to contribute further to the promotion of the foreign direct investment from Japan, and strives to provide stronger support to its customers exploring the possibilities of investing into Bangladesh by organizing events such as seminars jointly hosted with BOI under this MOU.