Breakthrough in Childhood Brain Cancer Will Save Lives

How do most slip-and-fall accidents happen? 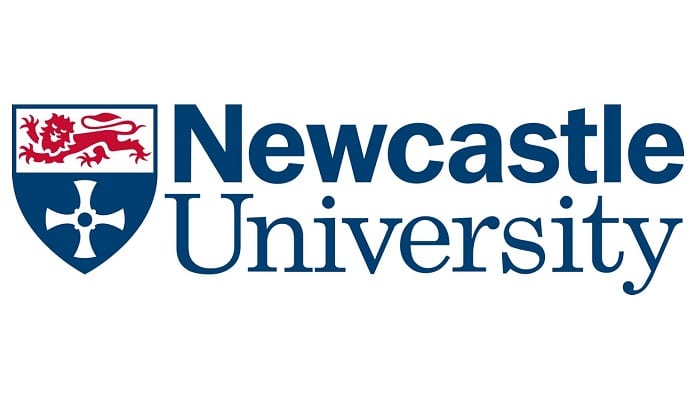 A scientific breakthrough has enabled experts to predict relapse in a common childhood cancer and means doctors can tailor treatment for each individual child and improve prognosis.

Research by Newcastle University has revealed that experts can identify the time, nature and outcome of medulloblastoma relapse from the biology of the disease at diagnosis and the initial therapy received.

The study, published in The Lancet Child & Adolescent Health, shows that different biological and treatment groups within the disease relapse at different times and with different patterns of spread throughout the body.

Medulloblastoma is the most common malignant brain tumour in children and relapse following initial treatment – surgery, radiotherapy and chemotherapy – has a grave prognosis.

Around 70 children are diagnosed with the cancer each year in the UK. Relapse occurs in around 30% of children, usually within five years of diagnosis.

The Newcastle research identifies which patients are most at risk of continuing problems with the disease and provides the ability to fine-tune treatment and surveillance to improve the child’s prognosis.

Professor Steve Clifford, Director of Newcastle University’s Centre for Cancer, who led the research, said the findings can be applied immediately in medical clinics to help disease monitoring, advance treatment decisions and improve quality of life after relapse.

He said: “Our research is a very exciting development for the treatment of medulloblastoma patients and it will help improve clinical outcomes.

“Our study allowed us to undertake biology-directed disease surveillance after initial treatment, in other words to gather and analyse a large amount of data on patients’ tumours, looking out for particular types of relapse in particular groups of patients.

“This revealed that some patient biological groups relapse later and therefore need to be monitored longer as it is not a one-size-fits-all approach to tackling this kind of brain tumour.

“Our findings also mean that we can now predict the course of the disease following a relapse and tailor treatments, enabling us to improve how we manage these patients through more personalised approaches based on understanding their individual disease.”

For the study, 247 young patients around the globe with relapsed medullblastoma were monitored.

Professor Clifford explained: “For a while we thought these differences in medulloblastoma relapse might exist. To test this we gathered the largest set of data worldwide on these relapsed patients to allow us to investigate possible relationships and define the nature of the cancer accurately for clinical application.

“We now need to understand the biological mechanisms which underlie these findings, and whether these give rise to opportunities to develop new, more effective therapies for the disease.”

The lead author of the study, Dr Rebecca Hill, has been awarded an MRC Clinician Scientist Fellowship to work on this area for the next five years.

Little Evan Wharton is a bundle of joy and lives life to the full the best he can.

But it has been a difficult start for the four-year-old, as at the age of just 15-months he was given the shock diagnosis of medulloblastoma following severe balance problems.

Within 24 hours of the discovery, Evan spent nine hours in surgery at Newcastle’s Great North Children’s Hospital to remove a brain tumour the size of a golf ball.

Months of intense chemotherapy followed and in September 2018 he was given the all clear. Yet, sadly just 10 months later, his cancer relapsed – more surgery and a course of proton therapy were needed.

His parents, Lindsey Sparrow, 38, and Scott Wharton, 43, a project construction manager, from Morpeth, Northumberland, had their lives turned upside down as they watched their happy son battle the brutal disease.

Lindsey said: “Just a month after Evan turned one, we noticed that he had stopped pulling himself up on the furniture, was unsteady when crawling and would topple over frequently.

“At first doctors thought it was an ear infection, but when he didn’t improve and began to regress with his development, he was sent to hospital for tests.

“We were in shock when we were told it was medulloblastoma as it was a cancer we hadn’t heard of before. Evan was still eating, was a happy boy and not sick, so it was a bolt out of the blue.

“There is always a grey cloud hanging over your head and when we were told his cancer had relapsed it was again upsetting as we knew he would have to go through more surgery and intense treatment.”

In October this year, Evan had a brain scan to monitor his health and there was no sign of the cancer.

He has hearing problems, is not yet walking or talking, but is back at nursery and enjoying spending time with his friends which is helping with his development.

Lindsey said: “It is amazing and encouraging to hear of this breakthrough by scientists at Newcastle University.

“Evan has a lot of long-term health issues due to the type of treatment he received which, yes, saved his life but has also altered his life.

“With more tailor-based options available, this will hopefully lessen the long-term side effects and harsh treatments that children have to endure.

“It is a massive step forwards and it is fantastic that this breakthrough has happened at Newcastle.”

Important FAQs: What You Need to Know about Eliquis