Biden and The Currency Market: Encounter of The Year-2020 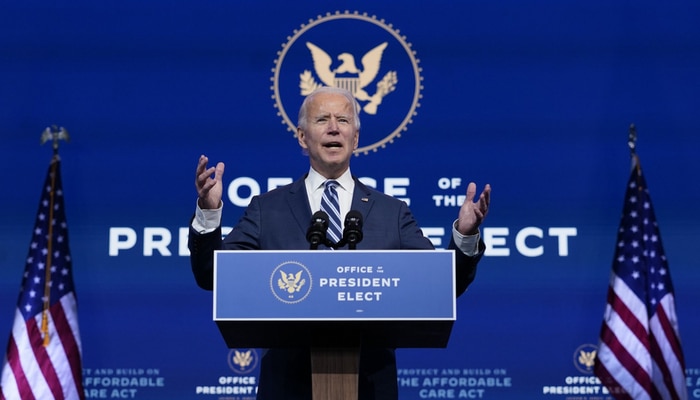 The new US president will be inaugurated in January 2021: it seems to be a remote day, however, it is closer than it seems to be. During the presidential campaign and the election itself, the currency market remained nervous; however, these days more fundamental and long-term issues are coming to the scene.

Currently, the EUR/USD price is at its lowest since July 19th, 2020 influenced by the expectations that Joseph Biden, Jr. will soon pull to the surface the issue of further stimulation. Earlier, they poured about 3.0 trillion USD into the US economy. At least, 1.0-1.5 trillion USD more is needed not to lose what has been reached. Rumors go that politicians count on a package of 500 billion USD at most. There will be as much noise as for a trillion USD but the efficacy will be two times lower.

Biden might use the situation and first 100 days of his presidency when one can push forward almost any initiative, and bargain with the Congress. Most politicians there are Republicans who are more or less supporting the stimulation; the devil is in the detail. Biden needs a bright and powerful gesture to impress the nation.

For the USD, any debates around the stimulation, its size, and time are oppressive factors. The more money is poured into the financial system, the less stable becomes the dollar in the forex market. I suppose, a package of 500 billion USD can stabilize EUR/USD at 1.17-1.19, where it is now. A package of 1 trillion will push the pair to 1.20.

In reality, the stimulation is already included in the market price. Support is inevitable in any case: without it, all macroeconomic successes are destined to become null very soon. Support is especially vital for the banking sector, retail sales, and farming. Without new money flows, these sectors will stop developing very soon. Such a situation does no good to Biden and does not guarantee anything. On the contrary, to avoid an emergency rescue of the economy in summer, it is better to start stimulating it in small portions now. This is productive and rational.

Biden’s role in the stimulation is obvious: the wider and quicker it is implemented, the better for the economy and the quieter for the dollar.

However, Biden’s political style differs from that of his predecessor Donald Trump. He has another view of the Chinese issue and looks even more aggressively at Russia. Moreover, he supports the so-called green energy, which can influence commodity and energy carrier prices.

With China, things are rather complicated. In 2001, Biden supported China’s participation in the WTO. He was the one responsible for diplomatic relations with China in 2012. In fact, the trade war with China may be wrapped up and postponed for eternity, while the relationship between China and the USA will get back to normal. This is not bad for developing economies and the attitude to risks in the currency sector, but no one is sure how far it might go.

Moreover, Biden plans to open the doors for migrants (or at least, this can be deducted from his election campaign). This will allow illegal immigrants into the US as well. Biden’s administration and he himself might turn to the Near East as they are looking for alternative energy sources. This is not the best news for the commodity market: it might, at its least, provoke a surge in volatility. It is unlikely that the Chinese yuan will push the USD from the throne of the world reserve currency. The pandemics have put down the rivalry for several years to follow. Anyway, no doubt that US-China relations will change from now on. For the currency market, this means that risks will remain there because each country will try to turn the scale. The dollar might benefit from such a state of affairs but things might still change.

Related Topics:2020BidenCurrency Market
Up Next

Banks In The United Arab Emirates