Commenting on the results, Dr. Mohamed Abdulaziz Kalmoor, CEO of Bank Sohar said, “Bank Sohar’s second quarter results show key gains in several revenue categories, reiterating Bank Sohar’s position as one of the most profitable banks in the Sultanate. Such positive results truly reflect the strength of our operating model and our commitment towards business excellence. With such a strong financial standing at the mid-way mark of the financial year, 2014 is looking to be yet another year of success for Bank Sohar.” 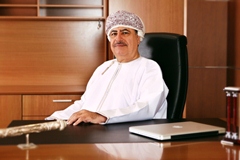 Reiterating Bank Sohar’s strength within Oman’s banking sector, Fitch Ratings, a global leader in credit ratings and research, recently reaffirmed Bank Sohar’s long-term rating at BBB+ with a stable outlook.  In their report, Fitch pointed out Bank Sohar’s relatively conservative risk appetite which translated into sound asset quality and also stated that Bank Sohar has been consistently achieving one of the strongest Non-Performing Loan (NPL) ratios in the banking industry within the Sultanate.

“Over the years the Bank has grown from strength-to-strength, growing exponentially in every facet of its business and consistently exceeding standards in all its operating segments, however maintaining its quality of loans. Firmly committed towards operational excellence, Bank Sohar ensures our customers receive industry leading services whilst providing shareholders with a superior return on their investment over the long run. Such continued success no doubt stems from the wise guidance of our Board of Directors and the professionalism and efficiency of our management team and staff,” added Dr. Mohamed Abdulaziz Kalmoor.

As a testament to its success, Bank Sohar has won a slew of awards locally, regionally, and internationally in just the first six months of 2014. Among its accolades, the Bank and Dr. Kalmoor were received the ‘Best Financial Brand Oman 2014’ and ‘Best Banking CEO Oman 2014’ award respectively by renowned UK based Global Brands Magazine and also received ‘The Diamond Eye Award for Quality, Commitment & Excellence’ from the French based Otherways Management & Consulting Association. Bank Sohar was also presented with the ‘Strategic Award’ for their corporate website (www.banksohar.net) from the Lebanon based Pan Arab Excellence Awards Academy as well as Oman Web Awards. Bank Sohar was also named the ‘Fastest Growing Bank in Oman 2014’ while Dr. Kalmoor received the ‘Outstanding Contribution to Banking Industry Oman 2014’ Award by UK based International Finance Magazine (IFM). In addition, Dr. Mohamed Abdulaziz Kalmoor, has also received the ‘Most Outstanding Corporate Leader’ award while Bank Sohar was also recognized as one of the ‘Top 5 Large Corporate Enterprises in the Sultanate’ for the third consecutive year at the Alam Al Iktisad Wal Amaal (AIWA) Awards. Bank Sohar was also recently recognized as the Bank with the ‘Best Customer Service– Retail Banking’, ‘Best Cash Management’ and ‘Best Corporate Card’ by Dubai based CPI financial.

Women in leadership at Allianz