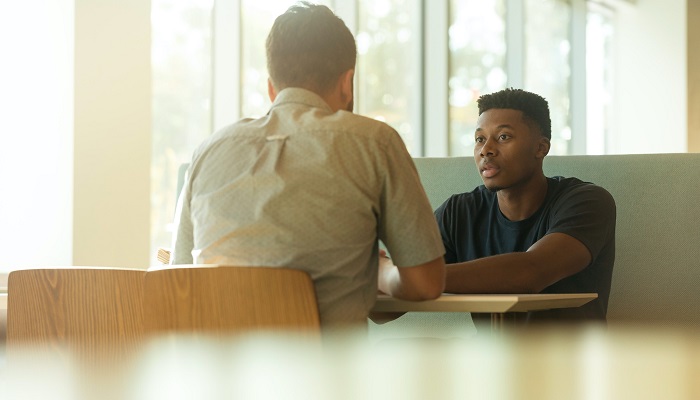 Today, we’ll take a look at some of the most ridiculous quotes unsuccessful people love to toss around as great advice…when in reality, they’re just wasting your time.

Don’t you just hate it when some people spew their supposed advice or  ‘words of wisdom?’ Because you won’t believe the top quote that so many people use to justify their failures in life!

Number Ten: “We are all born equal”

Whether you’re at a self-improvement seminar or a party I’m pretty sure you’ve heard this advice being used frequently; “we are all equal”. But in reality, the world is a very unfair place. And anyone who tells you that you are born equal to your contemporaries is gravely mistaken. Perhaps the only way that we’re all equal is that we all come into this world and then die; that’s it. But from the moment we leave our parent’s wombs, the treatment becomes unequal.

Let’s face it; life is full of all kinds of risks and dangers! Even being born in itself is a risk. But when one baby is born into a billionaire’s family, and the other is born in a shanty in a third world country, it’s quite obvious that the latter is bound to have a tougher childhood. But that’s not to say that the child born in a shanty won’t become a successful individual! Or take, for example, the fact that all men want to be handsome, all women want to be beautiful, and both aspire to be rich; if not the wealthiest people in the world. However, not everyone can and will achieve it.

Secondly, if we agree with the concept of being born equal; does that mean that everyone can do everything?

Please reconsider this statement and see the irrelevance it holds: Not everyone is born rich, super-athletic, powerful and beautiful. Not everyone has the genetics to become a model, but they can certainly push themselves to do so. At the end of the day, you need to realise that you should accept what you’re born into, understand the limitations of your strengths and make the best out of it!

You’ll hear a lot of unsuccessful people toss this advice around to justify their current situation in life.

Give us a break, please!

This is absolutely not true. The most successful individuals know how to make money using almost no money of their own. Not all rags to riches stories had some silent investor working in the background…some people actually had to build themselves from the ground up!

So, what was their secret? Well, it was something more valuable than money; it was knowledge. You see, only a select number of people take the time to acquire knowledge beyond what they need for their immediate needs.

Because for most people, once learning fulfils their immediate needs, they stop doing it altogether. On the other hand, some people who make money without having money, do so by creating valuable information. That is, they produce something that will provide added value to other people’s lives. This can vary widely; mainly because people value and use different things depending on a given circumstance.

Take, for example, an author who writes a book and has it published. They can create residual income from the royalties of the book, and it can later be transformed into a movie. The author can compose a story and then sell it to a movie studio producer. Or say a musician creates a song that becomes a theme to a movie, television sitcom etc. Every time the song is used, the songwriter will receive a royalty payment. Such examples show that these people did not primarily invest any money; only their time and creativity to become rich!

Number Eight: “God never gives you a burden that you cannot carry”

Trials and tribulations; everyone goes through them. You, just like everything else in this world, is part of an ever-expanding ecosystem that is bound to be subjected to NATURAL external forces. So, regardless of your religious beliefs, it can be quite toxic to believe that every burden you face in your life is some kind of ‘test’ to push your mental, emotional, or physical endurance. That somehow, after this test, you will be rewarded handsomely by the powers that be. Well, That is bad advice and that’s not how the world works. Sometimes things happen because they happen. They weren’t predetermined by some higher-being to test you. And the earlier you know this, the easier it will be to fortify your mentality and understand that adversity can sometimes be a random occurrence or even a product of your actions.

Number Seven: “What doesn’t kill you makes you stronger”

Unsuccessful people love to claim that their failures in life only serve to strengthen their resolve and personality. Yes, your failures might not kill you; but if you dwell on them and connect them to some higher power, they will definitely make you WEAKER.

See, if you’re suffering either mentally, emotionally or physically to the point where death is a grim possibility, then you probably shouldn’t be where you are or doing what you’re doing. Which is why this advice is ridiculous.  As you know, suffering is an inevitable part of life. Therefore, human beings have developed numerous ways to try and ease the pain. We try to rationalise our suffering by bestowing upon it transformative powers.

Another reason why we believe that trauma is transformative is that we see instances of it all around us. Bacteria that are not killed entirely by an antibiotic will mutate and develop resistance to it. So, we must be the same, right? Now, it is true that, in an evolutionary sense, those who survive a calamity are by definition, the fittest. But it is not the calamity that did this to them. Rather, them figuring out a way to adapt was the gamechanger. In our minds, however, the leap is short between seeing the strong emerge from a calamity and concluding that they are strong because of this calamity.

Six: “Good things come to those who wait”

Now don’t get me wrong; patience is an amazing skill to have. But with advice such as these, here’s where it gets a little out of hand. Yes, if you believe that good things come to those who wait without any action, or a door will miraculously open for you somewhere, you are gravely mistaken. Indeed, this whole concept is a complete fallacy. Good things don’t come to those who wait; they come to those who go out there and fight for them!

How do you expect to land that six-figure job if you don’t go out there looking for it? If you don’t put in the time to improve your skills, enhance your education, and search for a job? If you don’t apply to job openings that you find online?

Good things come to those who put themselves out there. Yes, there may be instances where fortune came to those who waited, or just luckily got their big break. And while it might be a reality for a select few, it’s not the reality for most of the successful people in the world. They had to hustle for their dreams!

Number Five: “If you work hard, you can achieve anything”

If hard work was a precursor to success and a wealthy lifestyle, then the richest people in the world would be coal miners; because let’s face it, these people put in ridiculous shifts in ungodly conditions!

The concept is not to work hard, but to work smart. Smart work involves investing your time and energy into concepts, ideas, and businesses that have a viable market.

If you look at most billionaires today, they invested their time and resources heavily in unique/pioneering industries that rewarded them handsomely. So work smart to achieve your dreams. If you feel like you’re expending too much energy on a concept that’s not bearing fruit, all that hard work can be channelled to something else.

Number Four: “Be yourself”

Number Three: “Think positive thoughts and the universe will provide”

This is perhaps one of the most miscalculated steps that you can take according to the advice. And it all arose from watching The Secret, a popular documentary about making affirmations and expecting everything good to arise from them. The reality is that affirmations alone cannot give you what you want. You have to make affirmations, and then go out there and do everything you can to achieve them. The universe will not simply provide because you want it. It will provide if you first make the affirmation, and then grind your way by putting in the time, resources, and effort to actualise these affirmations!

Number Two: “You’re so young, you have all the time in the world”

Perhaps one of the most deceiving ideals peddled by unsuccessful people is “You’re so young; you have all the time in the world”

Are they having a laugh?

If anything, they probably want you to waste your time doing all sorts of negative things that can detriment your life. It gives you an excuse to be lazy when you’re still young because you believe that you can make up for it a few years from now. Unfortunately, it can also cause you to waste your time and not develop your career or personality. Instead, you should tell yourself that you have the mental fortitude to follow your dreams early on, and you will do everything in your power to make it right; despite your age!

Lastly, you’ll hear unsuccessful people giving you advice that winners never quit, and quitters never win! While we encourage you to persist in your dreams, you should tweak this phrase just a little bit if things don’t work out. Winners never quit; they simply adjust to a situation. If the thing that you are working on doesn’t succeed and is gradually beginning to waste your time, you should shift direction and try something new. I mean, why waste precious seconds persisting with something that isn’t bearing any fruit?

Why are you in the same mundane job going home miserable and crying yourself to sleep? If something doesn’t get with who you are as a person, do something else. Look for a place that will make you thrive. For that’s what winners do!

Be mindful whom you take advice from!