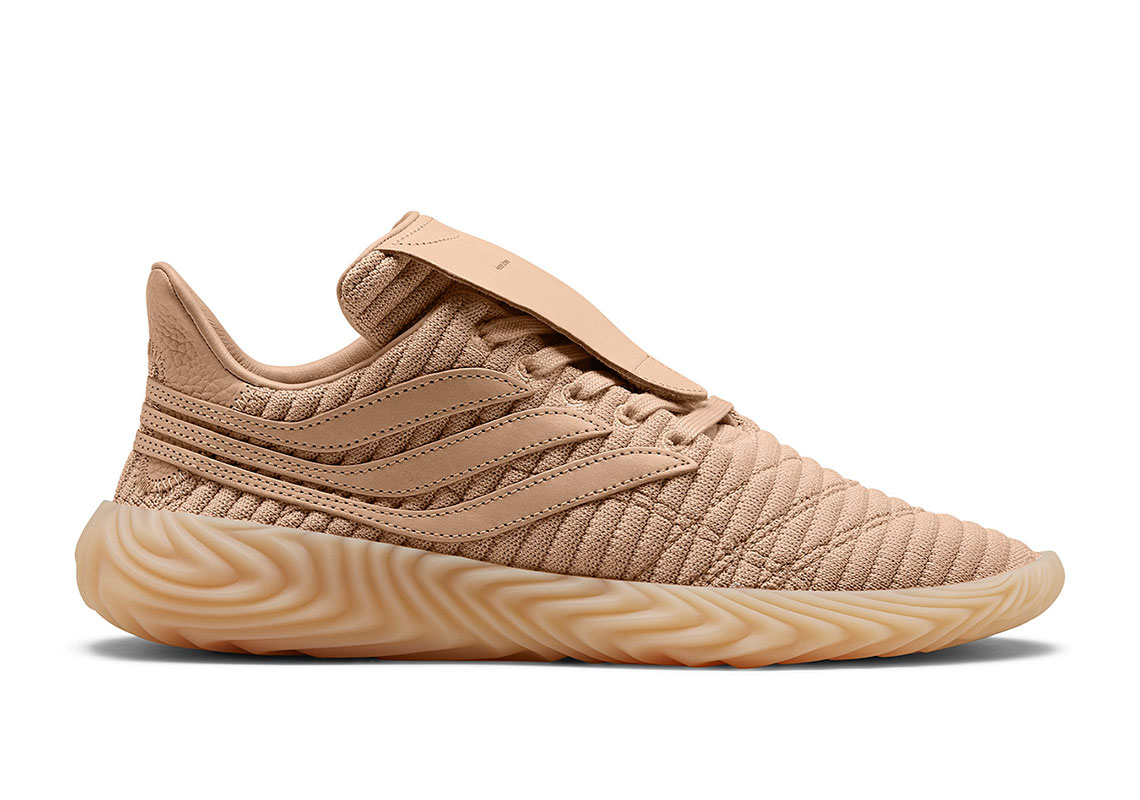 Hender Scheme is the Tokyo-based footwear and accessories brand founded and designed by Ryo Kashiwazaki. It’s manual industrial products (MIP) series has garnered a cult following around the globe for its striking iterations of iconic footwear silhouettes. By rendering each pair in the highest-quality, vegetable-tanned leathers and exposing the complexity (or simplicity) of the designs through visible, handmade construction techniques, Kashiwazaki and his team offer a new way to appreciate and elevate designs more often associated with ‘the street’. Collaborating for the first time in 2017, the relationship with adidas has given Kashiwazaki unparalleled insight into the sportswear brand’s design heritage. Each new collaboration sees Kashiwazaki pushing a fusion of industrial and artisanal processes to its limits, united by the shared enthusiasm for creation that exists between the two brands.

The new SS19 release is a natural evolution from the FW18 collaboration, which saw Kashiwazaki and his team develop new ways of working as they looked to bring their artisanal sensibilities to a range of ZX500 running shoes that still retained many of the original’s technical details and functionalities. Kashiwazaki said that he “wanted to give more of a true sports feeling” – a statement that rings truer than ever when applied to the new Hender Scheme versions of two footwear styles that champion adidas’ iconic involvement with tennis and football respectively: the Lacombe and the Sobakov.

The adidas Lacombe channels adidas’ rich history of creating signature tennis shoes that arguably became as memorable as the players themselves. The Lacombe was originally introduced in the 2016 adidas SPZL range and, as its name suggests, is a hybrid-type shoe that draws on elements from the Rod Laver signature shoe and the lesser-known John Newcombe model. The Hender Scheme version stays true to the vintage minimalism and laid-back, French Riviera stylings of the original Lacombe, while introducing the indisputably artisanal elements that the Japanese brand is renowned for. Available in black and white versions, each colorway features natural leather that will age in unique fashion on the tongue and heel patch, and, on the white version, the three stripes.

The three stripes on both pairs are created by running strips of leather through holes in the uppers with hand tied knots at each end, reminiscent of the classic hole punches that appear on the toe.  The intricate, analog work, synonymous with Hender Scheme, ensures no two pairs are the same.  This, along with the vegetable tanning process, highlights the contrasting approach to manufacturing from both brands.   Hender Scheme branding appears in metallic gold foil on the quarter and the sockliner cover also features co-branding in the same gold. While logos rarely feature on leather shoes, Kashiwazaki was mindful of the more prominent role branding and logos play in the world of sneakers.

The adidas Sobakov is inspired by some of the most iconic soccer boots to come out of the adidas stable in the modern era: from the dynamic, angular three stripes to the topstitching that runs around the uppers. This soccer influence is further compounded on the SS19 Hender Scheme version, which introduces a two-way leather tongue/lace cover, crafted from premium, vegetable-tanned natural leather and cut from an original pattern for this collaboration. Like the Lacombe, Hender Scheme branding is rendered as small as possible in metallic gold foil, seen here on both the tongue and the sockliner. While the uppers combine sports-driven detailing and artisanal craftsmanship, the heavily-treaded midsole provides a nod to terrace culture, and the fans who would take the footwear from the playing fields to the streets.

adidas Originals by Hender Scheme SS19 will be available for purchase on April 26, 2019.