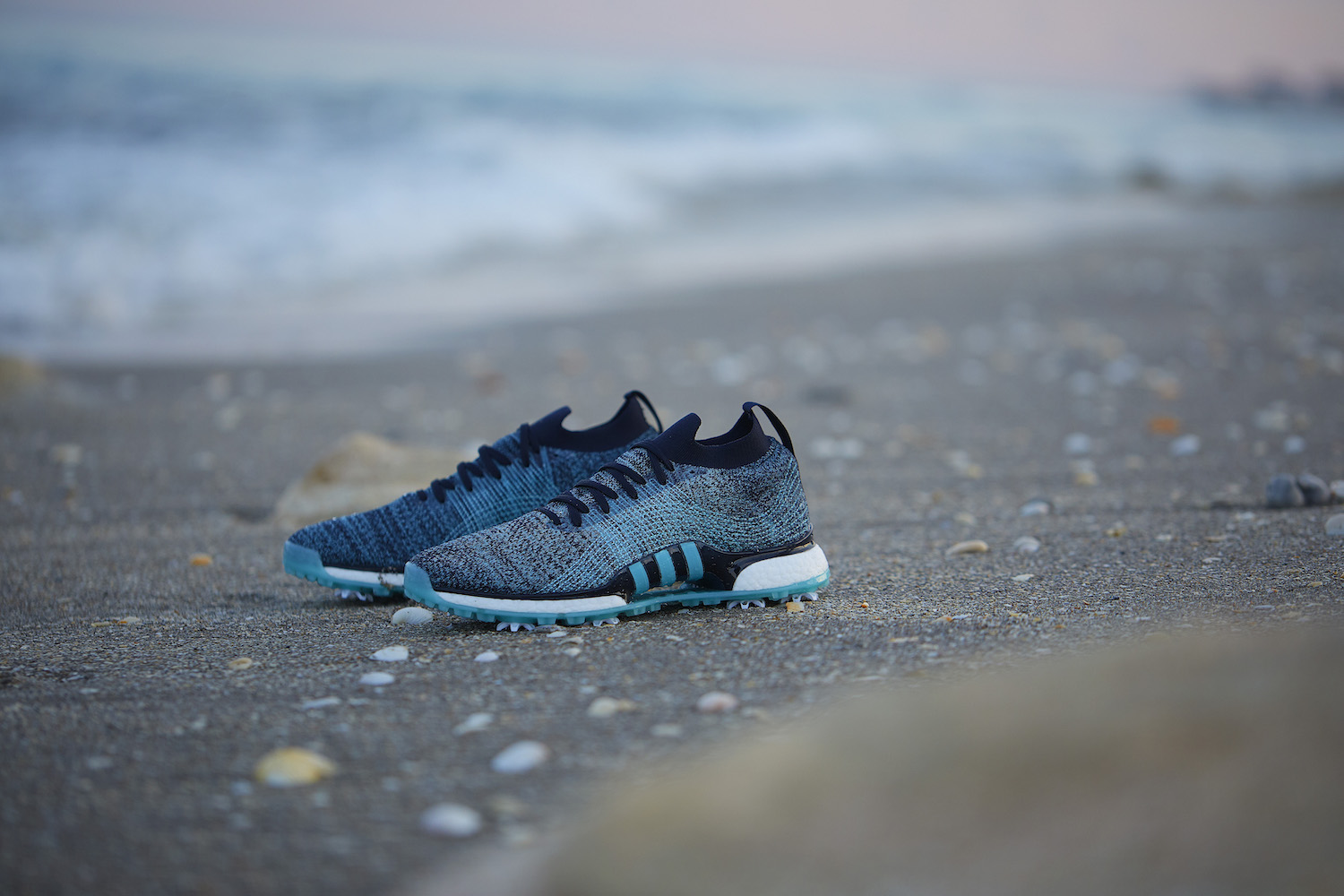 Adidas is bringing eco-innovation to the golf course. Today, adidas Golf unveiled a limited-edition version of its popular TOUR360 XT made with yarns spun from upcycled plastic waste that was intercepted from beaches and coastal communities. The TOUR360 XT Parley is made in partnership with environmental organization Parley for the Oceans and is the first of its kind for the sport. It will be available in limited quantities at adidas.com on June 10 beginning at 8 a.m. PT and will also be sold on-site at the U.S. Open at Pebble Beach. It will be available at select retailers nationwide on June 12.

Adidas works with Parley for the Oceans to intercept plastic waste which is then transformed into thread used to make high-performance sportswear. The TOUR360 XT Parley is built on the TOUR360 XT eight-spike outsole with X-Traxion technology, so golfers will still experience superior traction and stability while knowing that as they walk the course they are helping protect the oceans.

“Our company is extremely focused on sustainability and we wanted to incorporate that mission into our sport,” said Masun Denison, global footwear director, adidas Golf. “This is the first golf shoe we’ve ever made that incorporates upcycled materials and this is just the beginning. In a sport that’s played outdoors and where sustainability is often under the microscope, we feel this is a massive step forward for the game.”

The use of upcycled material falls in line with adidas’ overall strategy to use 100 percent recycled polyester in all apparel and footwear by 2024. By intercepting plastic waste on beaches and coastal communities, adidas is committed to the Parley A.I.R. strategy (Avoid, Intercept, Re-Design). While many other categories within adidas have created apparel and footwear utilizing upcycled plastic waste, this is the first in golf.

From a performance standpoint, the TOUR360 XT Parley features a sock-like opening for optimal comfort while also offering full-length BOOST, the best cushioning in the game. The 360WRAP in the midfoot provides additional support and stability so that players can stay locked in throughout the swing. It also offers a one-year waterproof warranty.

About Parley for the Oceans

Parley for the Oceans is the global network where creators, thinkers and leaders from the creative industries, brands, governments and environmental groups come together to raise awareness for the beauty and fragility of the oceans and collaborate on projects that can end their destruction. The organization has formed alliances with major corporations including adidas, Anheuser Busch InBev (Corona), American Express; the United Nations; the Maldives and collaborators spanning the worlds of science, art, fashion, design, entertainment, sports, and space and ocean exploration. To know more: www.parley.tv

Related Topics:About Parley for the OceansGolf Shoe Made From Upcycled Plastic WasteTOUR360 XT Parley Availability
Up Next