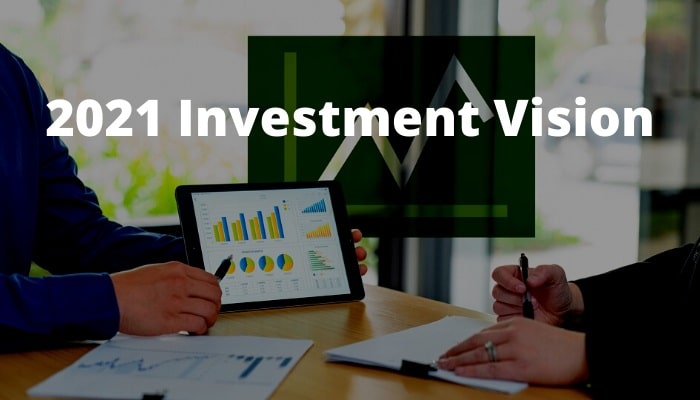 Having broken through to the New Year finally, many believe that the emergence and widespread application of COVID-19 vaccines will hopefully spur a recovery from the worldwide pandemic that upended major economic sectors. As such, some of the biggest investment houses have predicted that the following five trades will dominate the markets in this new year.

The COVID-19 pandemic saw an ended to a currency’s strength, one that had lasted over a decade. Many expect that 2021 will not present many differences as far as the dollar’s growth and strength. As such, many investors are relying on ‘shorting’ the dollar, a technique that has grown as of late. This tactic is due to the dollar’s yield advantage, which was decreased because the Federal Reserve cut interest rates to nearly 0%. This, along with reduced trade and political tensions due to Donald Trump’s presidency ending, leans towards a less supportive dollar. Many experts predict this weakness to endure until mid-2021 due to sustained COVID-19 uncertainty.

However, it must be noted that major declines of this currency are usually seen after deep recessions. With economies poised to rebound, the dollar will hasten its fall.

As developed countries are seeing a recovery in their trade, tourism, and commodities sectors, emerging markets are also seeing the light at the end of the tunnel. An emerging market is one from a nation that has some characteristics of a developed country’s market yet does not fully meet all the requirements to be defined as such. This sometimes includes the economies of nations that used to be developed in the past or have great potential in becoming developed in the future. Currently, some of today’s biggest emerging markets include Argentina, Brazil, China, Egypt, India, Indonesia, Iran, Mexico, Nigeria, Pakistan, Poland, Romania, Russia, Saudi Arabia, South Africa, South Korea, Taiwan, Thailand, Turkey, and Ukraine.

As these nations’ economies are bolstered, many are betting on currencies from them, such as the Mexican peso, Russian ruble, South African rand, Chinese Renminbi, and Brazilian real. Others have dived into the Mexican oil firm PetróleosMexicanos (Pemex) or bonds from Ukraine. Experts believe that investing in these markets will garner up to 6.2% in this next year. Overall, this sentiment is driven by hopes of a China-led recovery as well as higher interest rates for this sector.

Central banks worldwide have attempted to keep money flowing during this past year by underpinning trades. Since March 2020, the Federal Reserve, European Central Bank, Bank of Japan, Bank of England, and People’s Bank of China, along with other central banks, have spent approximately $1.3 billion an hour on asset purchases and cut 190 rates.

In the new year, some predict that central bank asset purchases should total approximately $3 trillion, which is enough to keep bond yields low.

Environmental, social, and corporate governance (ESG) are three major factors in determining the financial performance of a company based on its sustainability and societal impact. Trades focused on ESG, or “green investments”, doubled this past year to over $1.3 trillion. With concerns regarding climate change, pollution, and labour rights on the rise, along with U.S. President-elect Joe Biden’s pursuit of a greener agenda, many experts believe that ESG related investments will accelerate 2021.

Overall, more sustainable indices have seen a greater performance in recent times than those of their non-ESG counterparts. Additionally, with the world attempting to induce a less carbon-intensive environment, renewable energy is seen as a great investment opportunity, so much so that governments and central banks are upping their sustainable strategies, increasing this sector’s debt by 20% or more than 600 billion in the past year.

Technology and e-commerce account for nearly a quarter of the United States’ profits. As such, many remain cautious in these sectors considering U.S. President-elect Joe Biden’s political and technological stance.

Despite Biden vowing that the United States will be “ready to lead” again on a global stage, some believe that nations like China, North Korea, and Iran may attempt to spur Uncle Sam with “provocative actions,” which may result in politically tense responses.

On the other hand, Biden does not seem set on playing nice with Silicon Valley, tech, and big data companies. This is shown by his promise to tackle Facebook and repealing Section 230 of the Communications Decency Act, which allowed for website publishers’ immunity from third party content and liability. Such strong policies may fund the emergence of dual or multiple tech systems.