10 Reasons that make a Bugatti so Expensive!

Top 10 Luxury Cars In The World 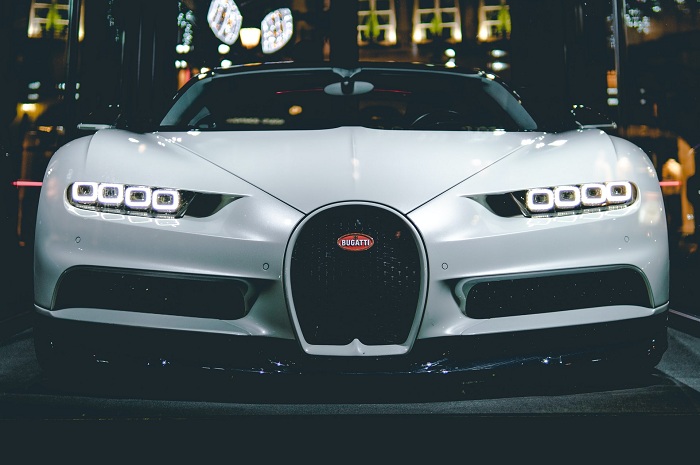 Bugattis are known for being world-class cars, yet even amongst their competitors, their price is usually a step above the rest. So today, we’re going to have an inside scoop as to why these cars are as expensive as they are. And of course, find out how many of these coveted cars are made every year and why the wealthy trusts this brand!

At number 10 is the fact that they are exceptionally well made!

Now, with a regular car, you’d expect a certain level of craftsmanship. After all, you’d want all your parts to work properly, everything to last for a long time, and nothing to go wrong mechanically within  the first few months of driving. However, with Bugatti, you can expect much more! After all, unlike a production line car,  every Bugatti is exceptionally well made. This can be seen most clearly with the Bugatti Chiron,  which except for its engine is made using neither conveyor belts nor robots. Instead, its 1,800 parts are made entirely by hand, with this being done across 12 stations in a process that takes upwards of nine months. As such, it shouldn’t come as a surprise that this level of craftsmanship comes at a price!

At number nine is the crazy customisation on offer.

Typically speaking, you don’t get to customise  much when you buy a car. After all, cars at dealerships generally come as they are,  and even if you do order a vehicle online, the amount of things that  can be customised is usually limited to the  colours on the interior and exterior and any additional add ons. However, Bugatti brings customisation to a whole new level. That’s because Bugatti allows customers to choose  from a ridiculous amount of colour waves. A perfect example of this is the Bugatti Chiron, as when buying one customer can choose from one of 23 different colours of leather, one of 8 different colours of Alcantara, one of 31 different colours of stitching, one of 18 colours of carpet, and even one of 11 different colours for their seat belts. Unsurprisingly, it is precisely this level of customisation that helps drive up the car’s cost!

At number eight is the location of their factory.

Now, when you buy a car, oftentimes the location of where  the car and its parts come from is less than ideal. However, rather than outsource their labour to less  developed countries, Bugatti stands apart for producing their cars in  one of the most expensive areas in the world. You see, their factory can be found in Molsheim, which is located in the Alsace region of France.

Alsace is widely known to be one of the richest areas in the already highly developed country of France. By most accounts, the region  is the third highest in the country in terms of GDP. As such, Bugatti has to tack on some extra production  costs when rolling out their cars!

At number seven are the cars’ performance.

It goes without saying that high performing products generally go at high prices, and the Bugatti is no exception. After all, the company prides itself off of making cars that are not just beautiful, but oftentimes, some of the fastest in the world. This has been made apparent with some of its newest models, as the Bugatti Veyron Super Sport can reach impressive speeds of about 430 kilometres per hour while the Bugatti Chiron Super Sport 300+ can accelerate to an impressive speed of 490 kilometres per hour! Thus, with this kind of performance on offer, it isn’t all that surprising that these cars go for such high prices!

Now, most cars out there are made with run-of-the mill materials, with most being mass manufactured to fit on to millions of vehicles. However, the same cannot be said for Bugatti. It stands apart thanks to their use of some of the industry’s most exclusive materials. In particular, these high-quality parts include everything from carbon fibre for its exterior panels, various kinds of leathers that have everything from napa leather to ostrich leather, and in some custom renditions even exclusive metals such as gold! Thus, it should come as no surprise that these additions come at a premium!

At number five is the high demand for the car.

Now, you might expect that at prices that often exceed $1 million, Bugattis may not exactly be in the price range of many millionaires, let alone run of the mill workers. Yet, Bugatti has reported that the demand for their cars typically exceeds their supply, as many high-class consumers desire them. Despite this, Bugatti puts a lot of value into keeping their vehicles exclusive and hence refuses to produce a large number of their coveted cars. As such, they can command extremely high prices for their latest models and still get buyers lining up to buy them!

At number four is the exclusive Bugatti Club.

When you buy a regular car, the perks that come  afterwards are generally pretty slim. After all, with the exception of perhaps a limited warranty,  you probably get little more in terms of extras. However, with Bugatti, you essentially join an exclusive club. That’s because after you buy a Bugatti, you are invited to take part in a Grand Tour event every single year. In this event, owners get to drive their Bugattis in glamorous locations, with said owners also having the opportunity to go on driving courses, use high-quality tracks, visit the Bugatti factory in Molsheim, and even attend private concerts. As such, getting a Bugatti means taking part in a luxury lifestyle that goes far beyond just owning a nice car!

At number three are the maintenance costs of Bugattis.

Generally speaking, the maintenance costs for a car do not exceed a few hundred dollars per year, with this being  especially true if you can do some repairs on your own. However, in the case of the Buggati, maintenance is anything but cheap. That’s because their expensive parts lead to expensive maintenance costs, as just changing the oil of a Bugatti car often costs upwards of $25,000! As a result of this high maintenance cost, the product itself is also quite expensive!

Now, if you were to go out there and buy Toyota,  Honda, or Nissan, you might get a decent car. After all, some of their models are certainly better  than others, and while some have  been plagued with chronic issues, some have been alright. Yet, when you buy a Bugatti, you don’t have to worry about any of that. That’s because each Bugatti is tested, double tested, and triple tested so that each part is placed properly, each piece runs as it should, and in total, the entire car works without a hitch. As a result, Bugatti has gained a lot of brand trust and recognition for being a high-quality brand, and as such the guarantee of you getting a good car when you purchase a new Bugatti means that you’ll have to pay a premium.

At number one is their exclusivity.

While cars such as Honda Civics and Ford Explorers may be available in huge numbers, such is not the case with a Bugatti. You see, unlike mainstream cars that can be bought at a dealership, Bugattis are made in limited numbers and therefore  are not readily available. In fact, only 450 Bugatti Veyrons worldwide were built throughout its 10-year cycle, and with the newer Bugatti Chiron, the company plans to build only 500 during its own decade-long cycle as well. That means that oftentimes, less than 50 of a single model of a car will be made every year! To top this off, some cars are made to be even rarer than the coveted Veyrons and Chirons! A perfect example of this is the brand-new Bugatti Centodieci, in which only 10 are planned to be made and in which each car is set to cost about $9 million! Therefore, Bugattis truly are collectors’ items, and their prices certainly reflect that!

NEXT Up: New Nissan Armada and Kicks Add More Momentum to Nissan NEXT Product Revival