WASHINGTON, Aug. 27, 2013 /PRNewswire/ — One in five high school students and one in eight middle school students crosses the street while distracted, according to a new research report released today by Safe Kids Worldwide.

The report, “Teens and Distraction: An In-Depth Look at Teens’ Walking Behaviors,” made possible with support from FedEx®, presents an observational study that recorded more than 34,000 middle and high school students crossing the street in a school zone. Conducted in 17 states and 68 schools, the study looked at whether teens are crossing the street while distracted, and if so, what devices they are using.

According to the research, 39 percent of the students who are crossing the street while distracted are typing on a cell phone and 39 percent are listening to headphones. The remaining students are talking on the phone (20 percent) or using another electronic device, such as a tablet or game (2 percent).

The study was developed to explore findings from a 2012 Safe Kids report that found pedestrian injuries among 16-19 year olds increased 25 percent over the previous five years. Teens now account for half of all pedestrian deaths among children 19 and under.

“We suspected that the increase was due to distraction by mobile devices, but there was not much data to support that conclusion,” said Kate Carr, president and CEO of Safe Kids Worldwide. “To understand the scope of the problem, we activated our network to observe 34,000 students crossing in school zones. The findings were alarming.”

In addition to the observational survey, the study also describes findings from discussions with more than 2,400 students. Almost half of the students (49 percent) say they use a cell phone while walking to school. Four out of 10 say they listen to music while walking. Interestingly, while teens are at the greatest risk for pedestrian crashes, only 22 percent of students say it is kids their own age who are most likely to be hit by a car while walking. 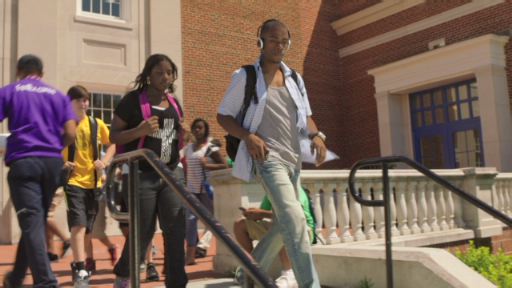 The report includes public policy measures that would protect walkers, like investments by government in making roads around schools safer.

“Distraction is a big problem, both while driving and walking,” said Carr. “Parents, talk to your kids to make sure they are paying full attention when crossing the street. And we adults need to follow our own advice. If we put our devices down, our kids are more likely to do the same.”

Safe Kids Worldwide and FedEx are launching a national effort calling on parents and teens to join the Moment of Silence Campaign and stay safe while walking.

Safe Kids Worldwide is a global network of organizations dedicated to providing parents and caregivers with practical and proven resources to protect kids from unintentional injuries, the number one cause of death to children in the United States. Throughout the world, almost one million children die of an injury each year, and every one of these tragedies is preventable. Safe Kids works with an extensive network of more than 600 coalitions in the United States and in 23 countries to reduce traffic injuries, drownings, falls, burns, poisonings and more. Since 1988, Safe Kids has helped reduce the U.S. childhood death rate from unintentional injury by 55 percent. Working together, we can do much more for kids everywhere. Join our effort at safekids.org.

Video with caption: “Watch this video of teens distracted by mobile devices while walking and take a Moment of Silence when you cross the street: Devices Down and Heads Up. Then join in and take the pledge – http://on.fb.me/12FqA3J“. Video available at: http://origin-qps.onstreammedia.com/origin/multivu_archive/PRNA/ENR/FX-MM69995-20130827-1.mp4