In the age of smartphone, iPhone and all sorts of phones, it is impossible for one to imagine the world without a cell phone. But this was true just 40 years ago, before the first cell phone was invented. But Motorola changed all that when the Worlds first cell phone in 1973 and Motorola’s Martin Cooper, considered the inventor of the first portable handset made the first call to his rival Joel Engle of Bell Labs. 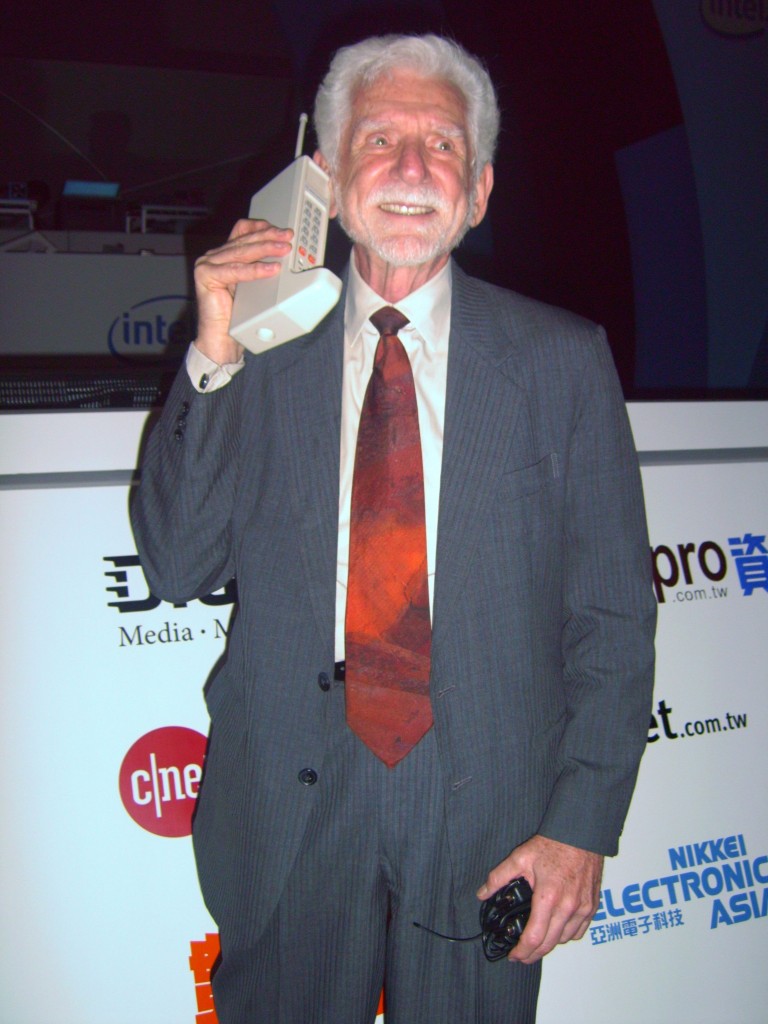 Dr. Martin Cooper of Motorola made the first publicized handheld mobile phone call on a larger prototype model on April 4, 1973. This is a re-enactment in 2007.

The prototype version that later became the Motorola DynaTAC 8000X weighed about 2.5 pounds, had a text-only LED screen and a single line. The phone could go for

eight hours between charges and let you talk for 30 mins. It took 10 hours to charge, had a memory to store thirty dialling numbers, 30 minutes of talk time and was 13 x 1.75 x 3.5 inches in dimension.

Months later when it was made available for purchase, everyone wanted to be the first to lay their hands on this device that would cost $3995 in 1983.

Motorola had invested about $100 million and 15 years of research, which eventually transformed into this blessing for the world of telecommunications.

20 years since the Dyna TAC 8000X was launched, the number of wireless subscribers grew from 300,000 in 1984 to 1.2 billion today. However, a lot has changed since Motorola was a World Champion in the telecom industry. Motorola has now been acquired by Google, which has been dominating the industry with its Android Applications and whatever has been left by Google, is left to the other major player in the field – Apple. Sleek smartphones have replaced the chunky Dyna TAC 8000X and the generation today uses phones for a lot more things other than what they were introduced for.