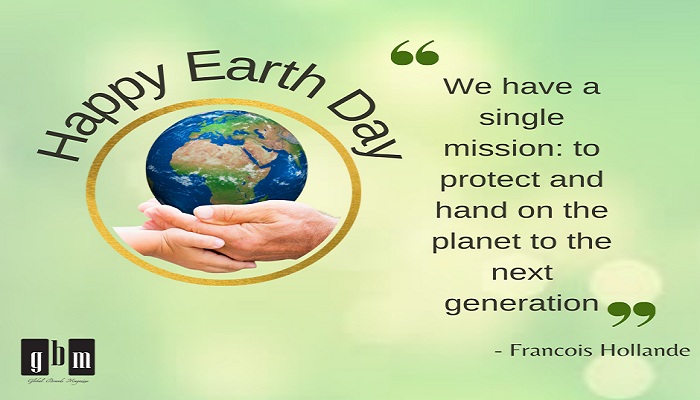 “You cannot get through a single day without having an impact on the world around you. What you do makes a difference, and you have to decide what kind of difference you want to make.” —Jane Goodall

World Earth Day is celebrated every year on the 22nd of April. This is a day set aside to shed light on the environmental impact humans have on the earth and how we as brands, companies and individuals can do something in our stride to change this. In the decades leading up to the first Earth Day, Americans consumed vast amounts of leaded gas through massive and inefficient cars. Smoke and sludge were emitted by industry without much fear of legal consequences or bad press. The smell of prosperity was often associated with air pollution. To this point, mainstream America has remained largely ignorant to environmental concerns and how a polluted environment threatens human health.

Senator Nelson from Wisconsin was one of the first leaders who had the idea of World Earth Day. In 1969 he and a few other leaders witnessed a massive oil spill in Santa Barbara.  Senator Nelson wanted to combine the energy of anti-war student protests with a growing awareness of air and water pollution. Realising that the campaign had a lot of potential to rally up like-minded individuals and fight for the Earth, the campaign was later renamed Earth Day. It garnered a lot of media attention, amassing a total of 10% of the American population to back it up. Slowly gaining international attention, in 1990 went global, gathering a following of almost 200 million people.

As the largest secular observance in the world, Earth Day is now observed by more than a billion people each year as a day of action to encourage change in human behaviour and create global, national, and local policy changes.With climate change becoming increasingly evident every day, the fight for a clean environment becomes more urgent. With growing awareness of the climate crisis, so too does civil society mobilization, which is reaching a fever pitch across the globe. Angry at the lack of ambition that followed the 2015 adoption of the Paris Agreement, and frustrated with international environmental inaction, citizens of the world are taking action to demand far greater action for our planet and its people.

Companies and brands can play a huge role in making the campaign incredibly effective. The theme for World Earth Day this year is ‘Invest in Our Planet.’ Green consumerism is a movement that has been gaining a lot of traction. The term “green consumerism” refers to the desire among consumers for products and services that have undergone an eco-friendly production process or one that involves recycling and conserving the earth’s resources.

A survey in 2020 revealed that 62% of the Gen Z consumer market prefer eco-friendly and sustainable brands. Gen Z is also willing to pay more for sustainable products. Today, a significant part of consumers expect companies to promote their environmental efforts in their advertising campaigns. Companies should start moving towards a more sustainable way of functioning. Big brands like Apple have already begun their journey on becoming completely carbon-neutral by 2030 and release yearly updates on how they have managed to reduce their carbon footprint.

The company Care/of, as part of their email marketing campaign during World Earth Day, reached out to its consumer base highlighting and showcasing how easy it was to adopt sustainable and environmentally friendly practices in their daily lives. They advertised that their packaging is eco-friendly and can be composted, so it automatically reduces the impact on the environment. Other companies like Lessa, advertised that all of their mattresses are made out of recycled steel and recycled packaging. 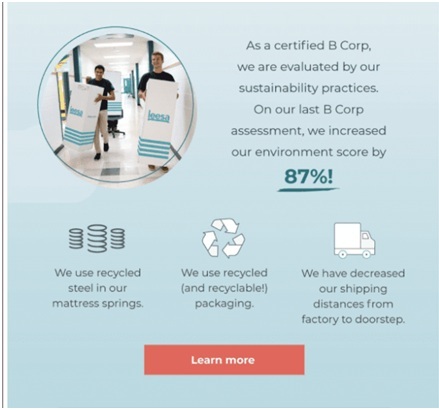 Companies that are service-based can also be a part of World Earth Day. Disney+ partnered with National Geographic to provide and promote more environmentally friendly content on their streaming service, in the hopes of educating and sensitising their customer base.

Other manufacturing companies like Just, an eco-friendly company aimed at producing plant-based alternatives to eggs and other meat products started a campaign called #EarthEveryday. Through their campaign, on their social media accounts, they shared daily food-related tips and facts with the hashtag #EarthEveryDay to spread sustainable awareness.

Budweiser Canada redesigned their product and donated a significant portion to proceeds during their World Earth Day campaign.

Companies and brands should have the moral obligation to reach out to people and make them more sensitive to the harsh realities of climate change. Companies have a large following, so promoting ways that they can help reduce environmental impact will also inspire a percentage of their followers to adopt eco-friendly practices as well. At the rate that pollution has been damaging the Earth, some studies have shown that we are already at a point of no return and have done irreparable damage. Instead of aggravating this, we need to find ways to slow the process down or probably curb this.

Brands can collaborate with “eco-influencers” to help spread awareness on World Earth Day. Social media influencers have a large following, and their target market usually hangs on to every word that they say. It is easy to drive change by partnering with them.

Meanwhile, other companies like Patagonia who have consistently been making efforts to make their products eco-friendly have always been at the forefront of World Earth Day. Although not 100% sustainable, Patagonia goes through great pains to keep its environmental impact to a minimum. Other companies like D’Addario, a manufacturer of guitar parts mainly strings, partnered with Guitar centre to help drive foot traffic in the store. As part of their campaign, Guitar centre vowed to recycle the old guitar strings if they were to get them changed during World Earth Day.

Overall, each company can do its part, regardless of how small. No step is insignificant as long as it is towards a greater good. We only have one home and must do everything in our stride to make it habitable for not only us, but for generations to come.

KHMER New Year – Origin, Significance and How its Celebrated!