How Does a Real Estate Bridge Loan Work? 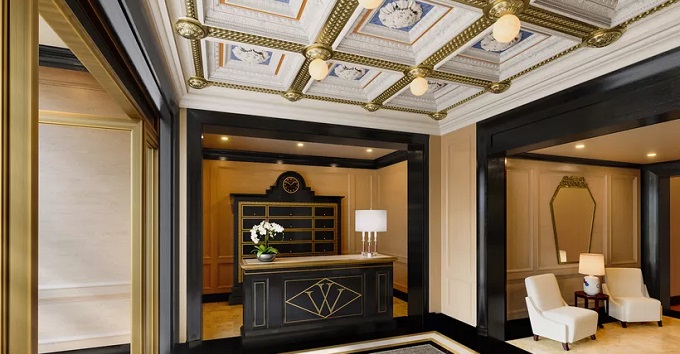 The building features 33 condos starting on the 29th floor

With the conversion of the Woolworth Building’s top floors into luxury residences currently underway, developer Alchemy Properties has released a host of new renderings for the spiffy apartments, which will start on the 29th floor of the building.

It’s been just over three years since Alchemy purchased the top floors and primed them for conversion. They roped in architect Thierry Despont, who also worked on the conversion of the Ritz Paris, to design the condos in the historic building.

The apartments first appeared on the market last summer, though developers haven’t yet released sales figures on the units. Once the conversion is complete, the building will have a total of 33 condos. Prices here start at $4.5 million for a one-bedroom and go up to $26.4 million for a full-floor apartment. Sotheby’s International Realty is in charge of sales.

Just about a year ago, Curbed got a chance to tour the model unit—a two-bedroom apartment, as well as the 40th and 41st floors of the building, which give a sense of the spectacular views the building has to offer. There’s also the much talked about seven-floor penthouse, which will reportedly cost a staggering $110 million.

The conversion is expected to wrap up sometime next year. To accompany the new renderings, Alchemy Properties has also unveiled a new website for the development.