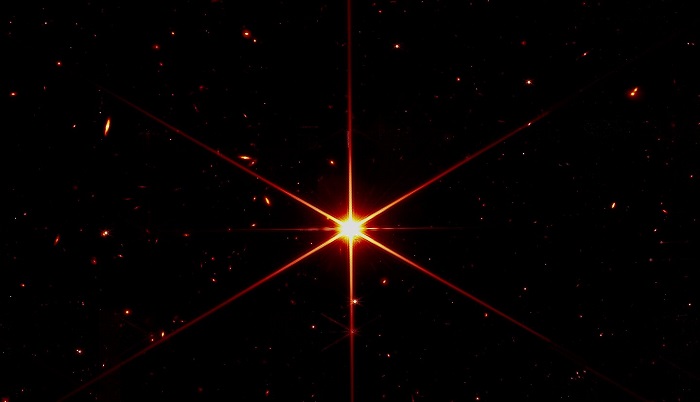 NIRSpec (Near Infrared Spectrograph), a key instrument on Webb (the James Webb Space Telescope) has successfully passed all its functional tests including subsystems and mechanisms and is one step nearer to delivering its first results.

The NIRSpec commissioning team, including Airbus experts, performed the tests as Webb is cooling down to cryogenic temperatures, enabling it to operate without infrared disturbances that could affect its observations. The telescope is approaching its operational temperature of about -235 °C (38 K), and the successful testing is an extremely important milestone in the commissioning of NIRSpec.

“The Webb telescope will be a turning point in the way we see our Universe,” said Jean Marc Nasr, Head of Airbus Space Systems. “Our contributions to the NIRSpec and MIRI instruments represent the pinnacle of technology in modern astronomy. At Airbus, we will bring our unrivaled experience and will be a key partner in the future discoveries of the Webb mission.”

Since Webb’s launch, team members from Airbus sites in Munich and Friedrichshafen have constantly monitored the cool down from the Mission Operations Center at the Space Telescope Science Institute in Baltimore (Maryland, USA).

The next phase of commissioning will last two months and includes performance tests and calibration that will start now as the 18 segments of the primary mirror are now aligned and in phase. The Airbus engineering team will also continue to support performance verification and calibration throughout. Once its correct operation is confirmed, NIRSpec can begin to make history through its observations.

NIRSpec is so precise that it could detect the infrared signature of a lit match on the Moon. It is expected to produce amazing advances in infrared space science. It will study the formation of the first stars and galaxies in our Universe, when it was only a few hundred million years old. NIRSpec will also be able to study the atmosphere of exoplanets, or planets orbiting stars other than our Sun. In particular, it will look for the signature of key molecules like water.

Together with NIRSpec and MIRI (Mid-InfraRed Instrument, also with Airbus involvement), Webb will observe infrared light from space in unprecedented detail, enabling it to look back in time for 13.5 billion years to see the first galaxies formed after the Big Bang or the formation of planetary systems in our own galaxy, the Milky Way. Webb is a true time machine that will push the frontiers of our knowledge, exploring the Universe like never before.