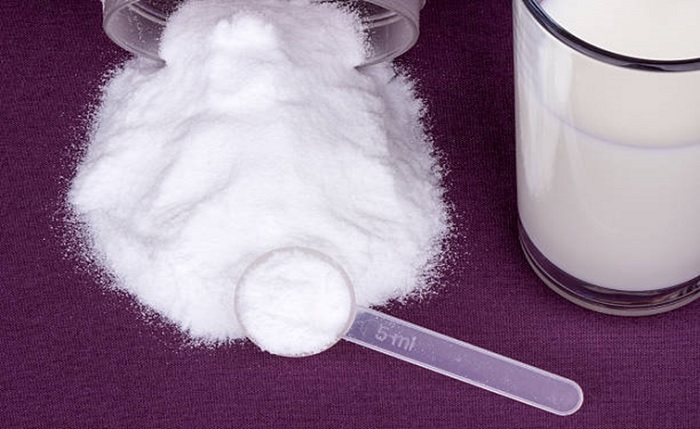 In general, creatine monohydrate is considered among the most effective nutritional supplements available. It has also been extensively examined, and its far-reaching advantages have been scientifically confirmed in several studies.

If you want to gain muscle mass, set new personal bests on your heavy lifts, sprint faster, recover from fatigue more quickly, or even boost short-term memory, creatine monohydrate supplementation is something you should seriously consider.

What is Creatine Monohydrate?

Creatine is a found natural compound that has a structure similar to that of amino acids. Meat, pork, and fish are all excellent sources of this nutrient. The body also creates it in the kidneys, liver, and pancreas.

The majority of your body’s creatine is kept in skeletal muscle, accounting for around 95% of total creatine. So although a 70kg male will store roughly 120g of creatine, it is feasible to store about 160g of creatine with the help of supplements.

According to research, the body depletes 1-2 percent of the creatine stored in the muscle tissue every day. When it has to replenish the creatine that has been depleted, it either manufactures it from amino acids or obtains it from food sources, including meat and fish.

To consume a significant amount of creatine, consuming large quantities of meat and fish is necessary. Creatine is found in small amounts in foods, such as undercooked beef (450g).  To increase your body’s availability of creatine, you can take supplements, which is a cost-effective and efficient method.

The benefits of creatine monohydrate have been thoroughly researched. The findings indicate that creatine supplementation could improve exercise performance, brain function, and many more.

Here are the benefits of creatine monohydrate:

One of the essential effects of creatine as a supplement includes increasing the size and strength of muscular tissue. It has been demonstrated to be the most effective supplement available on the market for this purpose.

The increased water that is drawn into the muscle cells is responsible for the early gains. When used for an extended time, particular channels in the body are activated, which aid in muscular tissue growth, endurance, and athletic performance.

Research on creatine has looked into its benefits on overall brain health. When accomplishing complex activities, your brain also relies on it for assistance. For example, creatine can aid in the increase of dopamine levels and the improvement of mitochondrial function.

The magnitude of these advantages is most significant in the elderly. The advantages can assist older persons in maintaining or improving their memory recall. In addition, this improvement in brain function may potentially be beneficial in preventing or treating chronic neurological illnesses.

According to a study, creatine can be used effectively as adjuvant therapy for bone fracture healing and the treatment of osteoporosis. A significant amount of cell energy (in which creatine played a significant role in the research on bone regeneration) is required for bone formation and maintenance. As such, it is directly tied to osteoporosis. Creatine, as we all know, helps the body’s cells produce more energy.

Glucose transporter type 4 (GLUT-4) is a molecule that transfers glucose from your bloodstream into your muscles. Creatine could lower blood sugar levels by enhancing the function of GLUT-4.

The short-term response of blood sugar to a diet is a significant predictor of the likelihood of developing diabetes. The more quickly your body removes sugar from your blood, the better off you will be.

May Reduce Fatigue and Tiredness

In a 6-month study on people who had suffered a severe brain injury, those who took creatine supplements reported a 50 percent reduction in dizziness compared to those who did not take the supplements.

In another study, researchers discovered that taking creatine helped people feel less tired and have more energy despite being sleep-deprived. Creatine has been shown to lessen fatigue in athletes participating in a cycling test and reduce fatigue when exercising in extreme heat.

Creatine is a very effective substance that provides significant benefits for athletic performance and overall health. Improved brain function, bone healing, reduced fatigue and tiredness, and support in muscular size and strength are all possible benefits of this supplement. If you want to test if this natural component works for you, you should include it in your regimen.