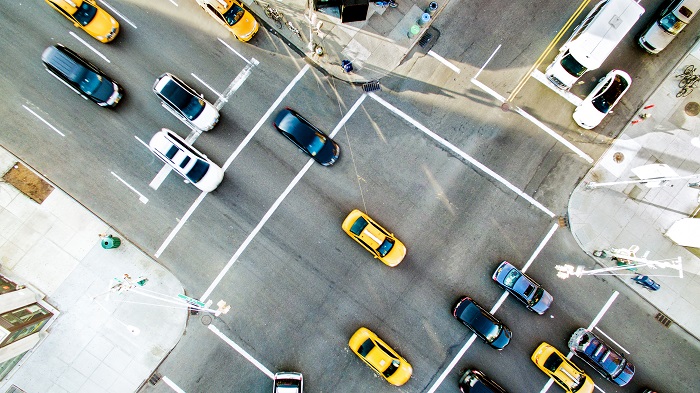 Cisco and Verizon collaborated on successful proof of concept demo in Las Vegas, showing that cellular and mobile edge compute (MEC) technology can enable autonomous driving solutions without the use of costly physical Roadside Units to extend radio signals.

The result paves a simpler and more efficient route to powering applications such as autonomous/unmanned last-mile delivery bots and robotaxis in cities like Las Vegas, where public MEC technologies exist. Additionally, cities and roadway operators could create safer roads with C-V2X applications including pedestrian protection, emergency, and transit vehicle pre-emption, on and off-ramp protection (e.g., when a loaded truck needs autonomous guidance to merge or brake safely), and potentially others that involve vehicles approaching intersections with traffic signals.

Autonomous features in connected vehicles have always relied on roadside radios to extend the signals vehicles use for low-latency communication with each other and surrounding connected infrastructure. The Cisco and Verizon test proved that Verizon’s LTE network and public 5G Edge with AWS Wavelength, together with Cisco Catalyst IR1101 routers in connected infrastructure, can meet the latency thresholds required for autonomous driving applications – replacing the costly roadside radios previously required to meet those needs.

By using LTE and edge compute to virtualize the role of the Roadside Units, C-V2X communications proved to be more streamlined – likely to result in improved efficiency and cost-effectiveness for municipalities, infrastructure providers, and application developers working with autonomous vehicles. (C-V2X refers to a vehicle’s ability to communicate with other vehicles and connected infrastructure surrounding it.)

The result demonstrates that connected and autonomous vehicle applications can be deployed using LTE networks, mobile edge compute, and in-vehicle interfaces deployed by OEMs. These capabilities could lead to safer, less congested roads in current connected and autonomous vehicles, with scalability for future applications hosted at the edge and using LTE and 5G connectivity.

Improving communication between vehicles and their surrounding infrastructure is essential for creating safer roadways and enabling the autonomous future of driving. Intersections must be securely connected and equipped with compute to allow applications at the edge to communicate and inform split-second decision-making.

“This test is a huge milestone in proving that the future of connectivity for IoT applications can be powered by cellular,” said Krishna Iyer, Director of Systems Architecture, Verizon. “We’re marking the strength of mobile edge compute platforms for connected transportation innovation with much more streamlined architecture. Together with Cisco technologies, we’re setting the foundation potentially to realize a ubiquitous IoT in the connected and autonomous future of driving.”

“The future of autonomous vehicles cannot progress without reliable communication between vehicles and their surrounding environments,” said Mark Knellinger, Lead Transportation Solutions Architect, Cisco. “This is huge for roadway operators in that it relieves them of the massive expense of deploying and operating a dedicated V2X environment.”

Why Virtual Numbers Are the Future of Business Communication