Emirates Boosts Services to Maldives and Seychelles Ahead of Easter Break

Unique Experiences You Can Only Find In Manchester

United Airlines (UAL) debuts enhancements to its mobile app that add even more convenience for customers to manage their reservations on-the-go. With the newest version of the United app, customers will be able to change and cancel flights in the app, add their MileagePlus and United Club cards to the Apple Wallet and access other helpful travel tools. These updates build on the airline’s recent announcement to allow customers to access boarding passes for 19 other carriers through its mobile app. 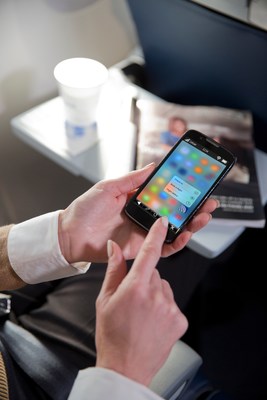 “Every day 800,000 customers rely on our mobile app to book reservations, view flight statuses, check-in and access a variety of other handy travel tools we’ve made available through our app,” said Linda Jojo, chief digital officer at United. “We’re constantly making updates to the app that help our customers manage their travel with us at the touch of a finger and access even more information about their flights as quickly and conveniently as possible.”

App users will select the option to either cancel or change flights under reservations details, and follow the steps to confirmation. As this new feature debuts, certain reservations, such as reservations purchased through third parties, will continue to united.com to allow customers to make changes. Support for more reservations to be completed in the app will continue to expand in the coming weeks.

Additional Enhancements
United recently launched a “Track my bags” beta in its app to allow customers to follow their bags throughout all the critical points of their journey. With this new capability, customers will be able to see real-time updates of when the bag has been loaded onto a flight, unloaded from the flight and when it is available at baggage claim.

The carrier is also introducing a new feature for users whose devices are compatible with Apple’s 3D touch capability. Customers will now be able to utilize Apple’s 3D touch to instantly navigate from their iPhone’s home screen to book a flight, check-in and view their flight status in the app.

About United
United Airlines and United Express operate approximately 4,500 flights a day to 337 airports across five continents. In 2016, United and United Express operated more than 1.6 million flights carrying more than 143 million customers. United is proud to have the world’s most comprehensive route network, including U.S. mainland hubs in Chicago, Denver, Houston, Los Angeles, Newark/New York, San Francisco and Washington, D.C. United operates 751 mainline aircraft and the airline’s United Express carriers operate 489 regional aircraft. The airline is a founding member of Star Alliance, which provides service to more than 190 countries via 28 member airlines. For more information, visit united.com, follow @United on Twitter or connect on Facebook. The common stock of United’s parent, United Continental Holdings, Inc., is traded on the NYSE under the symbol “UAL”.