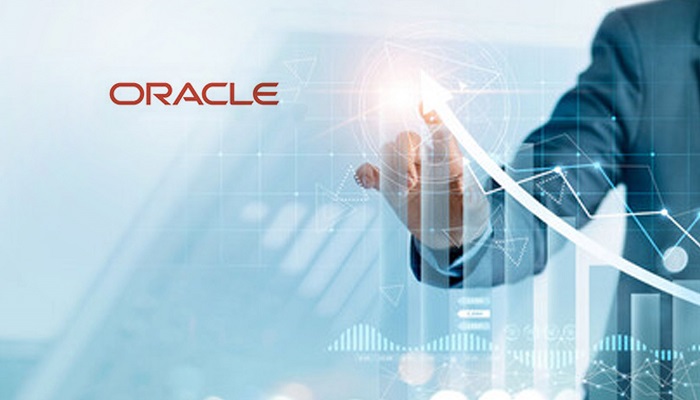 The Golden State Warriors and Oracle today announced the launch of the Warriors Player Dashboard, powered by Oracle, a unique system that will provide Warriors players and coaches real-time statistics and integrated player performance data.

The Warriors Player Dashboard, powered by Oracle will enhance the team’s player development by aggregating and comparing near real-time game and practice metrics to understand how a player’s shot performance differs, and how it compares to league averages. Using shot-tracking statistics from Warriors practices and home and road games, the platform will include leaderboards that incorporate 365 days of historical -records, focused on three-shot zones: three-pointers, shots from the key, and midrange jump shots. In addition, the dashboard will highlight each player’s shot-count totals, field goal percentage, and points per shot. The clear, all-encompassing dashboard will easily surface inconsistencies, such as players who primarily practice corner threes but are taking most in-game shots from the top of the key, to help players and coaches adjust strategies to win more games.

“The Warriors Player Dashboard, powered by Oracle is game-changing,” said Warriors Executive Vice President of Basketball Operations, Kirk Lacob. “In the NBA, everyone is constantly driving innovation and looking for ways to get a competitive advantage, and with the development of this platform, in partnership with Oracle, we’ve been able to do just that. I look forward to implementing the Warriors Player Dashboard in our daily player and team analysis as part of our larger goal of another NBA championship.”

The Warriors Player Dashboard, powered by Oracle, displays game and practice data in real-time. Oracle’s technologies combine historical and instantaneous spatial shot performance data to support real-time decision-making. The result is a clear, informative dashboard that will be displayed on mobile and large-format screens all around the Oracle Performance Center, including coaching staff offices and training rooms. 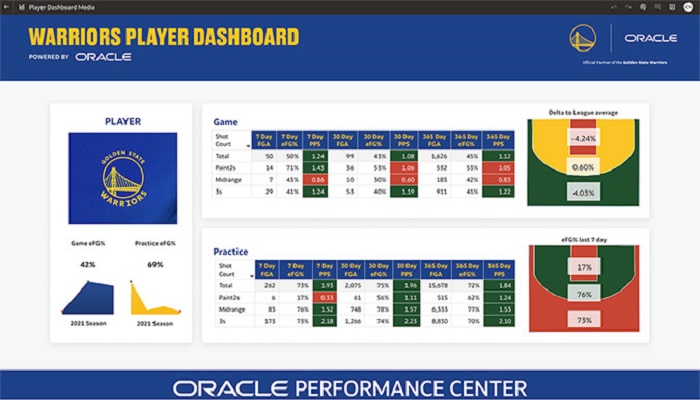 By eliminating analysis lag, the Warriors Player Dashboard’s combined data sets will allow more efficient evaluation, helping the team refine its approach to practice and game performance strategy. As the Warriors bring in new players, this platform will be key to shaping the team’s on-court strategy.

“Data has become a source for competitive advantage in all sports, and we are proud to partner with the iconic Warriors team on the Warriors Player Dashboard, powered by Oracle,” said Oracle Executive Vice President and Chief Marketing Officer, Ariel Kelman. “Using data insights derived from our stack of infrastructure offerings, the Warriors will shape their player performance strategy to compete and win in the upcoming season.”

In July, The Warriors and Oracle announced the introduction of the Oracle Performance Center, the NBA’s most advanced training and recovery center, powered by Oracle. The Oracle Performance Center, measuring 25,349 square feet, is home to the Warriors practice facility and player campus, located at Chase Center, the Warriors’ 18,064-seat privately financed sports and entertainment arena in San Francisco’s Mission Bay neighborhood.

The Warriors and Oracle have enjoyed a partnership for more than 15 years. Initially, Oracle served as the naming rights partner for the Warriors’ former home in Oakland, where they worked together on local community initiatives and youth programs. Oracle also holds the naming rights for the Chase Center Suite Level and has supported special events including the 2020 Warriors Minicamp.